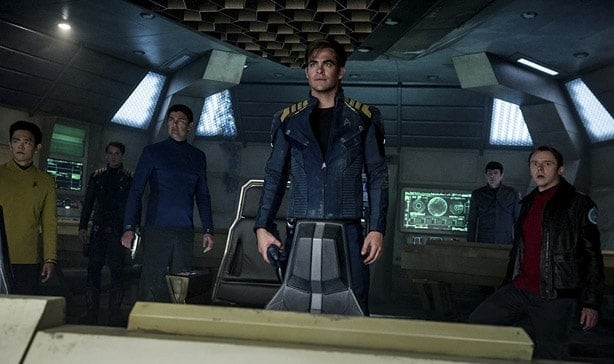 The Star Trek franchise might finally be getting another movie. Paramount Pictures, the studio behind the more recent Star Trek films, is in final talks with prospective writer and director, Noah Hawley, for the fourth installment in the series.

Hawley is known for his work as the creator of Legion as well as serving as an executive producer, writer, director and showrunner for the award-winning series, Fargo, which is currently working on its fourth season. Hawley is also an accomplished author having written and published 5 novels and a companion book for Fargo.

Deadline reports that Hawley will be writing and directing the fourth movie of the rebooted Star Trek series, which follows the Kelvin Timeline, initially directed by J.J. Abrams (Star Trek, 2009) and the latest coming from Fast and the Furious director Jeremy Lin (Star Trek Beyond, 2016). The original cast of Chris Pine, Zachary Quinto, Zoe Saldana, Simon Pegg, and Karl Urban are expected to return as the Enterprise crew. Details regarding the project are very limited.

A fourth film had previously been greenlit with S.J. Clarkson (Jessica Jones) at the helm and Chris Hemsworth to reprise his role as Kirk’s father. Unfortunately, the project was shelved because deals could not be reached. Coming four years after the last film, it’s unsure whether or not it will pick up where it left off or take the opportunity for a time warp. This film, should Paramount push through, will also have Hawley producing alongside J.J. Abram’s Bad Robot with his own production banner, 29 Keys.

Interestingly, the studio is currently producing another Star Trek project, a spinoff that has Quenten Tarantino at the helm. They’ve made it clear, though, that Tarantino’s version will be independent of that of Hawley’s. Tarantino’s is predicted to have a more mature take having The Revenant writer, Mark L. Smith, crafting the screenplay.