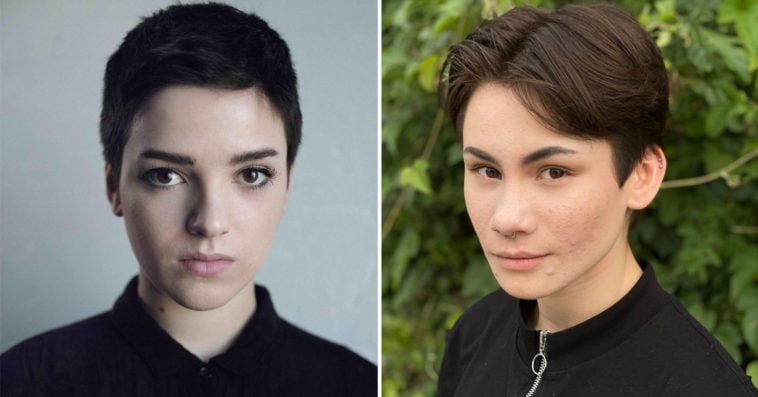 Adira will be portrayed by Blu del Barrio, a non-binary actor who uses they/them pronouns. Del Barrio, who has been acting in theater and short films since the age of 7, was in their final year of studies at the London Academy of Music and Dramatic Art when they tried out for the role of Adira.

“I was just finishing my final year of drama school in the UK when my agent sent me the casting call for Adira,” del Barrio shared in an interview with GLAAD’s director of transgender representation Nick Adams. “I loved the idea for the character, taped for it, and later during rehearsals for my last show, got the call that I’d booked the part. A few weeks later, I flew directly to Toronto and walked onto the set. It all happened pretty quickly and felt very surreal. I feel incredibly lucky to be a part of this show.”

Fans, however, shouldn’t expect Adira to immediately reveal their gender identity to the crew of Discovery. “When we meet Adira, they’re suffering from memory loss. They remember nothing from their past, and very little about themselves,” del Barrio said of how Adira will be introduced to the show. “They know they’re non-binary, of course, but coming onto Discovery they’re cautious about sharing that information with anyone. They’re a private person, so they aren’t going to divulge a lot about themselves to a ship full of strangers.”

Adira will make their debut on the show alongside Gray ― Star Trek’s first-ever transgender character. Described as empathetic and warm, Gray is eager to fulfill his lifelong dream of being a Trill host. He, however, will have to adapt when his life takes an unexpected turn.

Gray will be played by Ian Alexander, a 19-year-old actor who uses they/them and he/him pronouns. The first out transgender Asian-American person to act on TV, Alexander is best known for his roles as Buck Vu on the Netflix series The OA and Lev in Naughty Dog’s video game The Last of Us Part II. He’s also an advocate for transgender equality, racial justice, and mental health awareness for LGBTQ+ youth.

Commenting on GLAAD’s tweet about his and del Barrio’s casting, Alexander wrote that he’s “excited to join the amazing cast of Star Trek Discovery for season 3.”

i’ve been eagerly awaiting the day i could share this news with everyone!!! so excited to join the amazing cast of #StarTrekDiscovery for season 3, alongside the incredible Blu del Barrio ❤️ https://t.co/21nVxc3KRv

Star Trek: Discovery season 3 will premiere on Thursday, October 15th. New episodes of the 13-installment season will be available on demand weekly on Thursdays on CBS All Access.