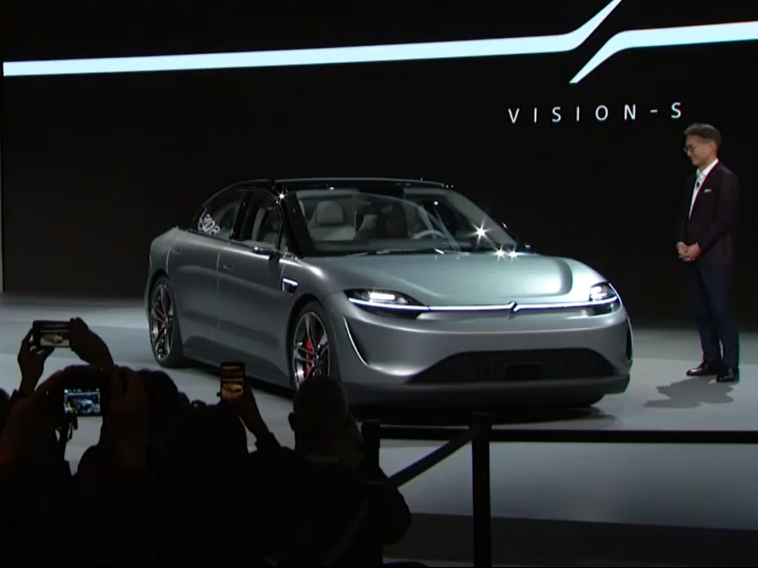 While there’s typically a few surprises at every year’s CES, the 2020 edition may have one of the most surprising announcements yet. Out of nowhere, Sony unveiled an electric concept car called the Vision-S.

The electric sedan contains a significant amount of the Japanese firm’s most notable technology, including cameras and other sensors required for autonomous cars to function properly. That includes cameras and LIDAR, which can detect moving and stationary objects around the car.

Given how much Sony is involved in entertainment, you know it’s going to play up that advantage. It looked like there were lots of screens in there, including a long one running across the dash for controls and two facing the backseat passengers. Built-in PS5, which was also teased at Sony’s press conference? We can only hope!

Then again, we can only hope this car will even be sold in the first place. Sony stressed that the Sony Vision-S is a prototype, with CEO Kenichiro Yoshida saying that it “embodies our contribution to the future of mobility.” The electric car was unveiled near the tail-end of the press conference, and pretty much amounted to a couple minutes worth of surprise dropped in our collective laps before the mic dropped and Sony was out.

It’s doubtful that Sony is going to pull a Tesla and start investing in auto manufacturing plants, so this is most likely going to remain a concept, showing other automakers how they can use Sony’s sensors and imaging technology in their cars of the future. Sony did mention that the concept runs on a new EV platform from Magna — we don’t know how much Sony was involved in that, but that might be another product Sony will try to get into other electric cars in the near future.