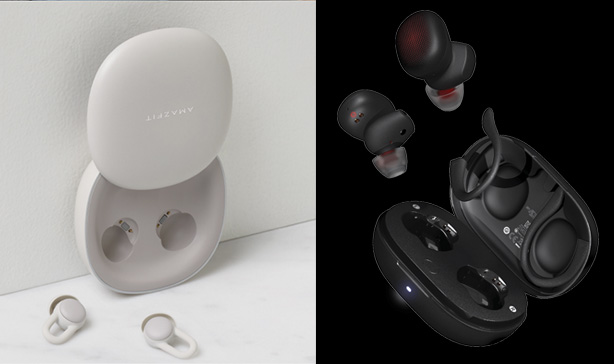 The presence of true wireless earbuds in the market grows larger as more and more companies are joining the trend. Popular for the affordable line of Amazfit smartwatches, Chinese company Huami joins the race with two brand new devices, the Amazfit PowerBuds and the Amazfit Zenbuds. 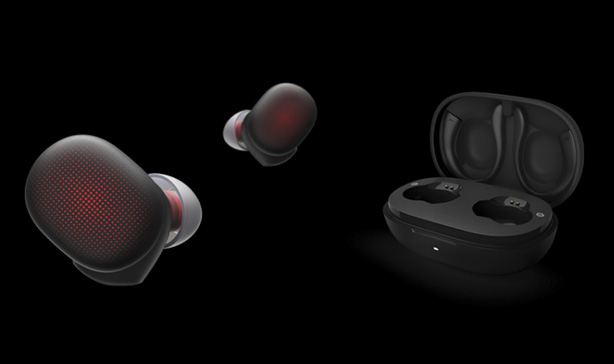 Weighing a mere 7g, the Amazfit PowerBuds are designed for sports, which is another way of saying they’re designed to stay in your ear securely. They include magnetic ear hooks that fit around the ear, helping to keep those buds in place on the run or during a workout. The buds are controlled entirely using taps and swipes on the touch-sensitive surfaces.

For the bass fiends, the buds can be put into Motion Beat Mode, enhancing bass response for more immersive sound. Thru Mode, on the other hand, will allow the user to be more aware of their surroundings, with microphones that allow sound to pass through the buds — a great feature for anyone who runs outside in a big city.

But, the bigger draw for the fitness crowd might be built-in heart rate monitoring. The Amazfit PowerBuds have a built-in PPG heart rate sensor, which can monitor real-time heart rate and workout status and can provide voice alerts for increased or rapid heart rate.

There’s no fear in taking the PowerBuds out for a run or hike outdoors, as they are effectively protected against dust, rain, and sweat with their IP55 rating. The Amazfit PowerBuds should last up to eight hours on a single charge with the magnetic charging box providing an additional 16 hours. This means that the PowerBuds can get a total playtime of up to 24 hours. 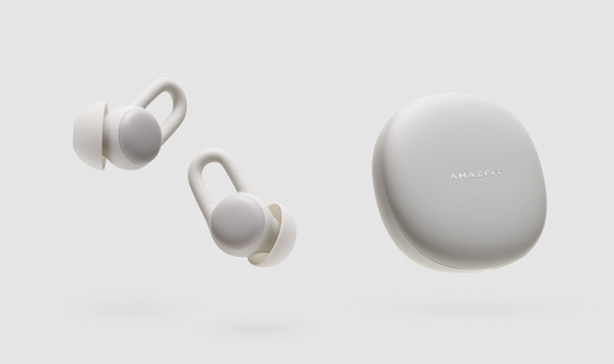 Sleep tracking tech all too often misses the mark, but Huami is taking a different approach with the Amazfit ZenBuds. Made to both track and aid sleep, the ZenBuds are designed to fit snugly into the user’s ear, but the softer materials on the tips and casing make them more comfortable than the usual true wireless earbuds. They also come equipped with noise-blocking technology to help filter out unwanted noises during sleep or rest.

But, comfy buds won’t get you to sleep. The ZenBuds will actually play ambient soothing sounds to guide you to sleepytown, automatically shutting the sounds off once the sensors in the buds detect that you’ve fallen asleep.

But, here’s the killer feature — at least, if you’re in a relationship. The ZenBuds can be programmed with an alarm, which only you will hear through the buds. You still have to drag yourself out of bed, but your significant other can stay snoozing!

During the night, the buds gather data on heart rate and body position and movement. A sleep report will be generated from the gathered data and, on the Amazfit app, users can see an overview of their sleep patterns and quality and get recommendations on how to get better sleep.

The Amazfit PowerBuds are expected to be available in February 2020 and will retail for $99.99. The Amazfit ZenBuds will be available this year, but have no release date or retail price at the time of writing.