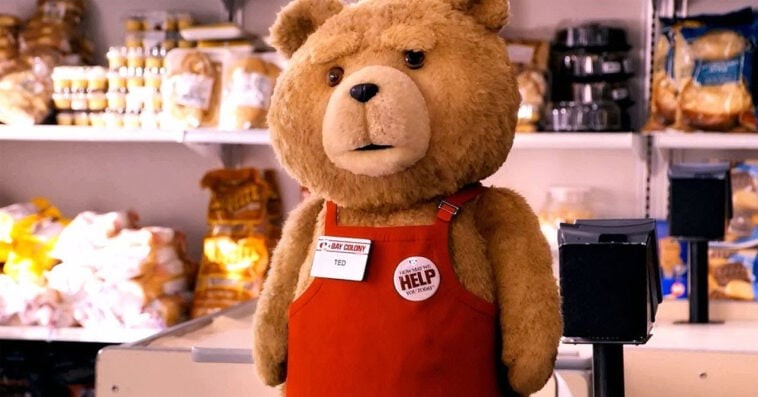 Seth MacFarlane, who is reprising the voice of the foul-mouthed yet lovable titular teddy bear in the TV series, revealed at the PGA Produced By conference last Sunday that writing for the show is “fairly far along” and that production will begin shortly.

MacFarlane, who will also direct, write, co-showrun, and executive produce all episodes of the series, also got candid about the biggest challenge in making the show.

“For me, the challenge was really how does this character exist in a world without Mark Wahlberg?” MacFarlane revealed, referring to his co-star in the 2012 movie Ted and its 2015 sequel Ted 2. “That was really a two-hander. The movie was a real feat of visual effects work for the artists who did it. But also, if you look at the raw footage before the bear was placed into it, a lot of it was Mark.”

Wahlberg is not returning for the TV series because it is a prequel to the movies. The TV series will introduce a younger version of Wahlberg’s John Bennett and will feature a Ted that is less jaded about his fame.

Set in 1993 when Ted’s moment of fame has passed, the Ted TV series follows the adventures of the titular teddy bear with his 16-year-old best friend John Bennett, who lives in a working-class Boston home with his parents and cousin. Ted might not be the best influence on John, but when it comes right down to it, Ted’s willing to go out on a limb to help his friend and his family.

In addition to MacFarlane providing the voice for Ted, the TV series will also star Max Burkholder (Parenthood) as John, a good guy and likable teen who is still in his awkward phase.

Grimes will play John’s father Matty Bennett, a blustering, blue-collar Bostonian who thinks he is the unequivocal boss in the family. Ubach, meanwhile, will portray John’s mom, Susan Bennett. Kind, selfless, and almost pathologically sweet when it comes to caring for her family, Susan sees the world through naive, rose-colored glasses.

Lastly, Whigham will appear as Blaire Bennett, John’s smart and politically correct cousin who is living with them. Currently studying in college, Blaire is not afraid to be outspoken and frequently clashes with her more traditionalist family.

The Ted TV series doesn’t have a release date yet. And even though production for the show is beginning soon, MacFarlane pointed out that the series could premiere on Peacock several more months after filming ended, as the CGI rendering of the titular teddy bear can take a lot of time.

“You can move as fast as you want in production, and you’re still sort of at the mercy of the six, eight months, however long it takes for the CGI to be completed,” MacFarlane explained at the PGA Produced By conference, before citing what happened to his other show The Orville. “So you know, in many ways, it’s what we just went through with The Orville, [it] was just a massive undertaking of post-production. The show was just now airing, and I feel like we finished shooting a long time ago.”

As previously mentioned, the Ted TV series is a prequel to the Ted movies. The first film grossed $549.3 million worldwide on a budget of $50 million, making it Universal’s highest-grossing blockbuster movie of 2012.

Ted 2 came out three years later. But unlike the original, the follow-up film didn’t perform well at the box office. With a budget of $68 million, the sequel only earned $215.8 million worldwide. Surprisingly, despite the drop-off in interest in the franchise, Peacock decided to bring Ted to TV.