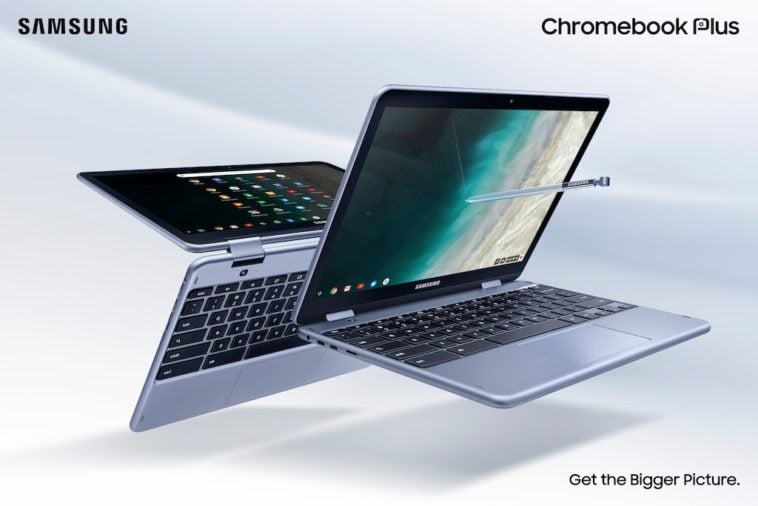 Samsung’s Chromebook Plus V2 now has LTE. This most recent upgrade comes just a few months after the WiFi-only model was first launched back in June.

The V2 – an upgrade from the company’s Chromebook Plus – boasts a much faster Intel Celeron CPU, as compared the ARM processor found in the original. However, the screen has been downgraded from 2400×1600 to 1920×1080. Also, at 2.93lbs, the newer tablet is nearly 25% heavier than its predecessor.

Both the original Plus and the Plus V2 feature 4GB of RAM and 32GB of storage, as well as a 12.2-inch display. But unlike the original, the V2 has a 13-megapixel rear-facing camera and spill-resistant keyboard.

We can expect to see the LTE Chromebook Plus V2 hit stores on November 2nd. The WiFi-only V2 (already available) sells for $500, while the upcoming LTE version is $600 through Samsung, Verizon, and BestBuy.