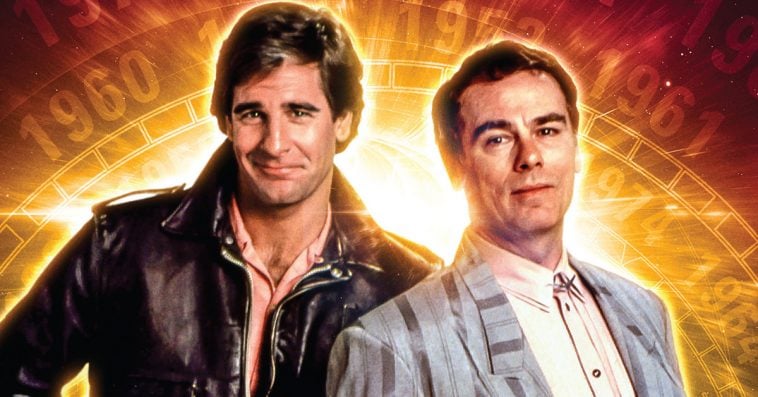 NBC is looking to resurrect Quantum Leap for its upcoming streaming service, Peacock.

Jeff Bader, head of program planning and strategy at NBC, has revealed to SlashFilm that the beloved sci-fi series is one of the classic titles the network is eyeing to revive for Peacock. “That’s one that I know everyone is discussing,” Bader said.

Created by Donald P. Bellisario, Quantum Leap starred Scott Bakula as quantum physicist Dr. Sam Beckett who becomes stuck in the past when his time travel experiment goes haywire. In each episode, Sam leaps into a different person, and in order to make the next leap that would hopefully take him back to 1999 and into his own body, he has to fix something that went wrong in the past. Helping Sam with his adventure is Dean Stockwell’s Al Calavicci, a U.S. Navy rear admiral who appears as a hologram only visible and audible to Sam.

Since Bakula is currently tied up with NCIS: New Orleans and Stockwell hasn’t acted in five years, there’s a great possibility that the potential revival would be in the form of a reboot or a sequel with new sets of actors.

In the original series, Sam could only leap within his own lifetime, so the episodes from the show’s five-season run were limited to stories that took place between the 50s and the 80s. A potential 2020 Quantum Leap, on the other hand, could have episodes set in the 80s and 90s. “That’s true,” Bader said, adding that NBC continues to explore their whole back catalog. “There’s more that I think we’ll be visiting.”

In the final scene of Quantum Leap, the series confirmed that Sam never returned home. So in an attempt to give Sam’s journey a more definitive ending, Bellisario wrote a script for a television movie, which unfortunately never saw the light of day. In 2009, Syfy also considered a Quantum Leap reboot but was never developed.

If NBC officially orders a Quantum Leap revival series, then the cult classic will be joining the list of popular series getting revived for Peacock, and that includes Punky Brewster, Saved by the Bell, and Battlestar Galactica.