In 1986, Puma released its Puma Running System Computer shoes, one-of-a-kind fitness tracking sneakers that were decades ahead of the curve.

Sporting a clunky computer bolted to the back, Puma’s state-of-the-art sneakers were designed to keep tabs on your step count and burned calories, stats few others at the time saw value in.

In addition to counting these metrics, Puma’s RS Computer sneakers could also connect to an Apple II or Commodore 64 to dump the data for analysis. 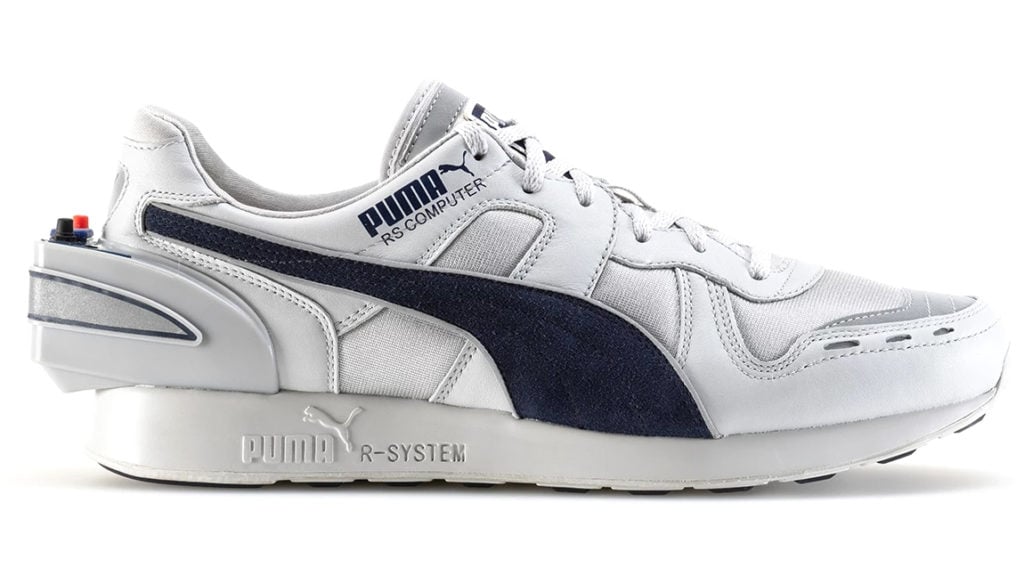 Needless to say, at a time when text-based operating systems still dominated, these shoes were at the forefront of the looming tech revolution. But despite this fact, sales for the company’s hi-tech sneakers were dismal.

However, here we are, some 32 years later and Puma is looking to give customers another shot.

Undoubtedly, sneakerheads won’t be racing to snatch up these Pumas because of the groundbreaking fitness tech inside. We can do much more with our phones and smartwatches these days.

Instead, as highlighted by Gizmodo, Puma seems to be targeting the “nostalgia seekers,” those who are riding the “everything old is new and novel again” wave.

But if you’re interested, you must act fast. According to sources, today Puma will be releasing just 86 pairs through select retailers. Berlin, Tokyo, and London were officially named, however, other locations are also expected to join the exclusive list.

And as you’d expect, the 2018 Puma RS Computer shoes won’t be packed with outdated tech from the 80s. The updated sneakers will support USB and Bluetooth, and also feature modern memory, an accelerometer, and lithium-polymer battery technology.

According to the official website, the sneakers are selling for $500.