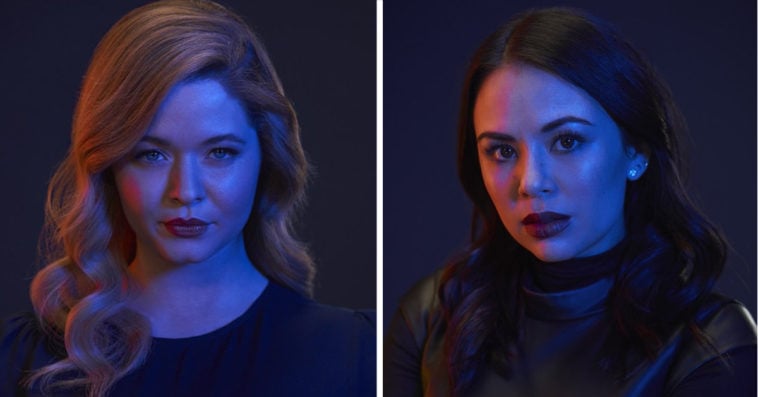 Freeform has unveiled the first full-length trailer for the Pretty Little Liars (PLL) spinoff The Perfectionists, and from the looks of it, Beacon Heights isn’t that different from Rosewood.

“Is it okay to murder a murderer?” asks the voiceover at the start of the uncanny clip, which later teases the show’s first brutal murder. Set in the seemingly perfect town of Beacon Heights, The Perfectionist revolves around a group of college friends who struggle with the pressure of being overachievers.  When the stressful environment pushes them to their limit, someone loses it and ends someone else’s life. As they work together to identify the killer, it soon becomes evident that that every Perfectionist has a secret, a lie, and a needed alibi.

The spinoff relocates PLL characters Alison DiLaurentis and Mona Vanderwaal from Rosewood to Beacon Heights, where they soon find themselves in the middle of a murder case, in which everyone they meet is a potential suspect.

Based on the popular book series of the same name written by PLL author Sara Shepard, The Perfectionists also hails from PLL showrunner I. Marlene King.

Pretty Little Liars: The Perfectionists will premiere on Wednesday, March 20th on Freeform.