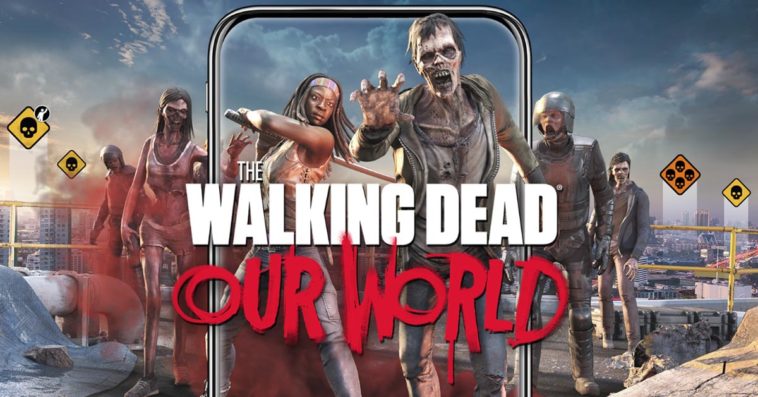 A senior high school student was arrested after he shared a video of himself shooting augmented-reality (AR) zombies in the school premises.

Sean Small, an 18-year-old student of Scottsburg High School in Indiana, was charged with attempting to intimidate his school after a female student reached out to the school principal and expressed her concern about seeing the video of Small playing the AR game The Walking Dead: Our World, with the game’s shooter and zombies visible, in a school hallway.

Though the AR zombies Small was shooting in the game were not the real people around him, the school officials found AR shooting distasteful and that led to the student’s arrest. Two days after getting arrested, Small pleaded not guilty to the intimidation charge and posted a $1,000 bond that same day.

Small’s video, which he posted with the caption “Finally something better than Pokemon Go,” was created via the AR magic feature of The Walking Dead: Our World. Despite Small’s caption, the gameplay of The Walking Dead: Our World is actually very similar to Pokemon Go. The mobile game, which is inspired by the hit AMC zombie series, allows players to fight walkers in real-world AR environments based on their locations.

Small’s father, Kris Small, said that the school’s reaction to his son’s video was too much. “They made it sound like he had posted this awful video,” Kris said after the initial hearing. “They said he had created (computer-generated imagery) of students and was shooting students in the school hallway, and it wasn’t until I had a chance to actually look at it and I saw the logo in the corner and listened to it and heard the zombie sounds that I realized what it really was.”

While it has yet to be determined whether Small posted the video to intentionally threaten people or if he was just flaunting his in-game skills, the Scottsburg High School officials aren’t the only ones who find AR shooting undesirable.

“The issue with using AR in a first-person shooter is that real people can walk into frame while players are mowing enemies down in the game,” wrote Mashable reporter Alexis Nedd in her review of the game. “On a crowded city street, it can be hard to tell the visual difference between the moving body of a zombie and some random guy on his lunch break… Also, players can easily save and share their AR videos of shooting guns at real people on social media — a potential recipe for disaster.”