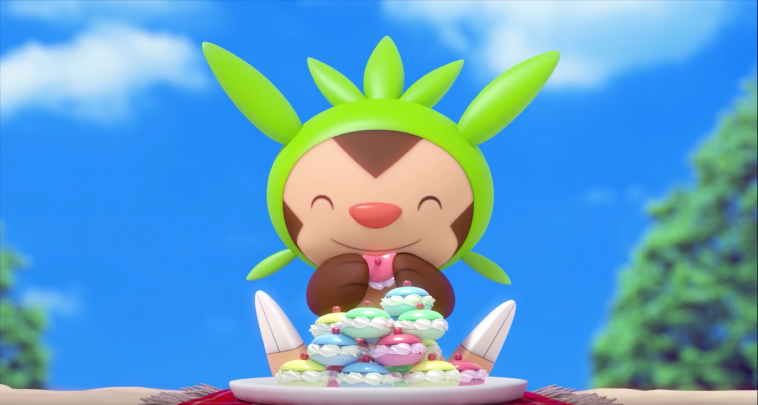 You’ve seen them in the anime, you’ve seen them as trading cards. You’ve even probably seen them in Build-A-Bear workshops and even as pet costumes. There’s no denying that Pokémon is already pretty much everywhere but The Pokémon Company is always on the lookout for ways to bring Pokémon into the world. And the newest thing to pop up? Pokémon ASMR videos.

Yes, Pokemon is giving fans a bit of ear and eye candy with these videos. Spotted on the official Japanese Pokémon Kids TV channel and the official Japanese Pokémon channel are two new ASMR videos. One video features Generation 6 grass starter, Chespin, eating what could possibly be Poke Puffs while the other features fan-favorite Charmander sleeping soundly near a roaring fire. Chespin’s video features more crunching and chewing sounds while Charmander’s video is more for those looking for relaxing nature sounds with the added bonus of a cute sleeping Pokemon.

ASMR stands for autonomous sensory meridian response and is the cause of that satisfying, tingling sensation you get when listening to certain sounds. And if Pokémon ASMR isn’t for you, Nintendo surprisingly has a series of ASMR videos titled Sights & Sounds that feature other popular Nintendo titles like Super Mario or The Legend of Zelda. As with all ASMR videos, it’s highly recommended to listen with a good set of headphones to fully enjoy the experience.