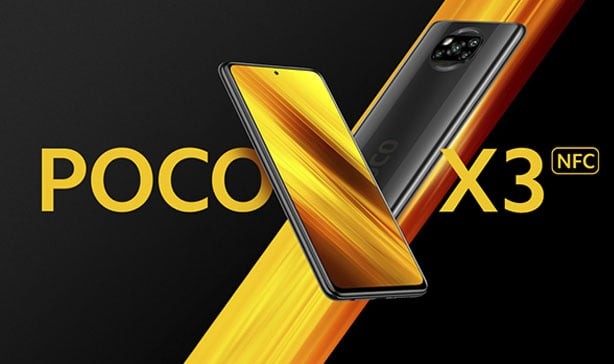 Xiaomi‘s sub-brand Poco has been producing phones that pack a lot of features at rather accessible prices and its newest release, the Poco X3 NFC, carries on this tradition. It offers a big screen, a powerful new processor, battery improvements, a multi-camera setup, and even a 120Hz refresh rate for an extremely low price.

Housing an edge-to-edge 6.67-inch Full HD+ LCD DotDisplay, the Poco X3 NFC supports a 20:9 aspect ratio with a resolution of 2400×1080. As mentioned earlier, this affordable mid-ranger does support a 120Hz refresh rate, a feature normally found on more expensive phones, as well as a 240Hz touch sampling rate for faster screen response times. In addition to that, it’s also Wildvine L1 certified so you can stream high-resolution videos and it’s TÜV Rheinland Low Blue Light certified for eye health protection. 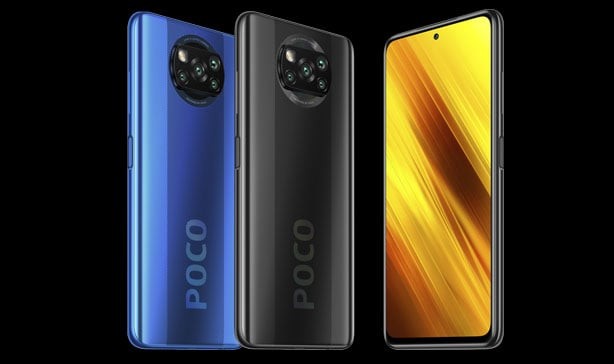 Speakers on the phone also boast of being flagship-grade. It carries a 4cc-equivalent 1012 upper speaker and 1cc-equivalent 1216 lower speaker and also carries Hi-Res audio certification. The X3 NFC does come with a 3.5mm headphone jack for wired peripherals.

The Poco X3 NFC is the first device on the market carrying the latest Snapdragon 732G which is faster than the Snapdragon 730G (which can be found on the Pixel 4A). It’s supported by the Kyro 470 octa-core CPU and Adreno 618 GPU with Elite gaming features. It offers 6GB of RAM and up to 128GB of internal storage which can be expanded via a microSD card. There’s no 5G connectivity on this device and is limited to just LTE. Connectivity features also include Bluetooth 5.1, Wi-Fi 5, IR blaster, and most obviously, NFC. 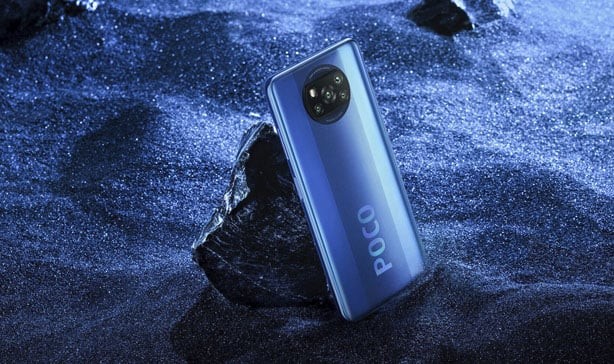 It also carries LiquidCool Technology 1.0 Plus which combines a large copper heat pipe with layers of graphics which result in cooling the processor by up to 6-degrees.

Housing a quad-camera system, the Poco X3 NFC houses its cameras in a rectangular-shaped module positioned in the center of the phone, just a tad bit similar to the previously released Poco X2. The devices offers a 64-megapixel main camera with a Sony IMX 682 sensor, 13-megapixel ultra-wide angle, and 2-megapixel macro camera and depth sensor to complete the setup. Around the front, we have a single 20-megapixel selfie camera housed int he phone’s centered hole-punch notch.

Video capture is capable up to 4K recording with added features like smooth video zoom, focus peaking, and AE/AF lock. Multimedia professionals will be pleased to find that this affordable phone also offers LOG and/or RAW format for videos or photos. 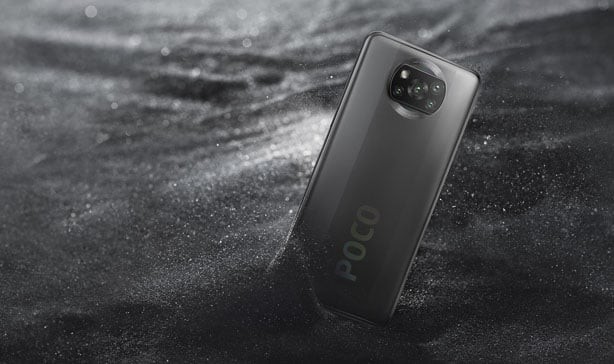 The Poco X3 features a 5160mAh battery that the company claims should last over two days with moderate use. It supports 33W charging that can fill up the phone’s battery to 62% in just 30 minutes and 100% in a little over an hour.

The device also comes equipped with a DynamicSwitch function which is a battery saving feature that automatically switches refresh rates between 50, 60, 90, and 120Hz depending on the use and content displayed on the screen. This makes sure that the 120Hz refresh rate, known for consuming battery, is kept in check and only used when necessary to protect battery life.