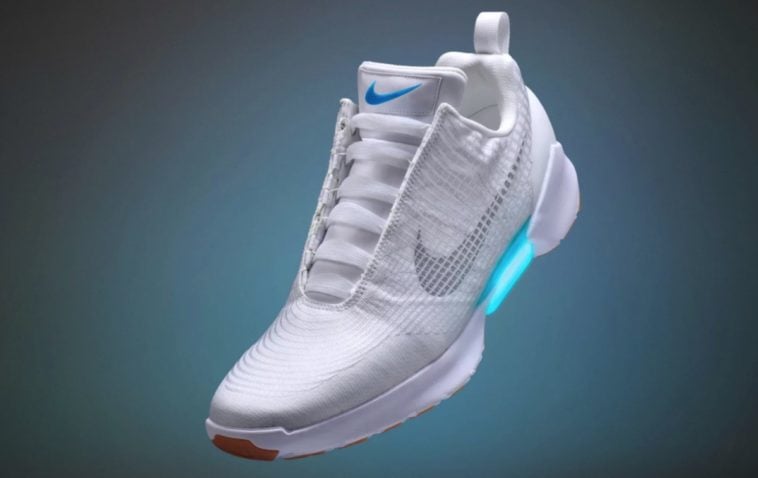 Sources say Nike’s Mark Parker made a “major announcement” during a recent earnings call when he reviled the company’s plan to introduce a “smart” basketball shoe.

While the CEO teased a $350 MSRP and touted the sneaker as “smart”, “adaptive”, and “advanced”, he was reluctant to officially release the name.

But despite Parker’s sleight-of-hand, many in the sneaker community believe he’s alluding to an updated version of the company’s HyperAdapt self-lacing shoe.

Though the original HyperAdapt was criticized by some as ‘impractical’, ‘too heavy’ and ’costly’ (at $720 per pair), retailers had few issues when it came to sales.

According to Solecollector, Nike’s HyperAdapt 2.0 is expected to ship with the same high-tech, self-lacing system, however, the new and improved tech is expected to make the shoe much cheaper (hence the steep price decrease) and lighter.

Nike’s VP Andy Campion says we can expect to see the new smart shoe in stores sometime in spring 2019.