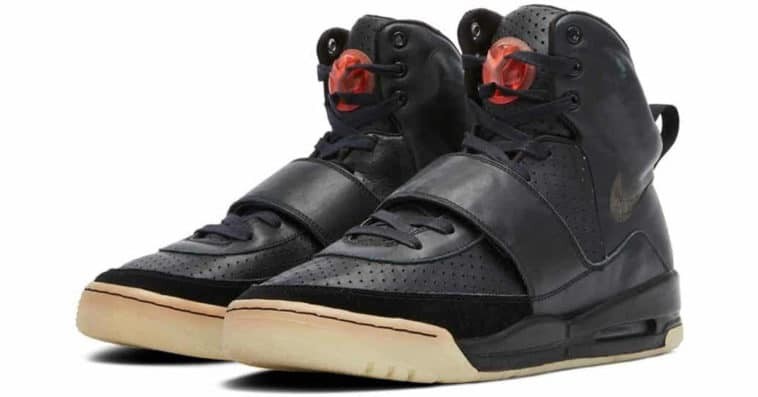 The Nike Air Yeezy 1 Prototype that Kanye West famously wore at the 50th Grammy Awards in 2008 will be available for direct purchase via private sale later this month.

Sotheby’s, the auction house that is organizing the sale, did not reveal an exact asking price for the sneakers, but it noted it has valued the item “in excess of $1 million.”

Brahm Wachter, Sotheby’s head of streetwear and modern collectables, said that Yeezy’s cultural impact has largely contributed to the current value of the shoes.

“This pair is critical to the development of the Yeezy franchise, which has become one of the most important sneaker and lifestyle brands in history,” Wachter said in a statement. “Debuted on-stage at the Grammys in 2008, the sneakers set off waves in the sneaker community as people tried to identify the mysterious pair.”

While there is no known record for private shoe sales, the Nike Air Yeezy 1 Prototype may be the most expensive sneakers in the world, as its seven-figure price tag far exceeds the current auction record of $615,000, which was set at Christie’s last May by a pair of signed Nike Air Jordan 1s worn by Michael Jordan in 1985. 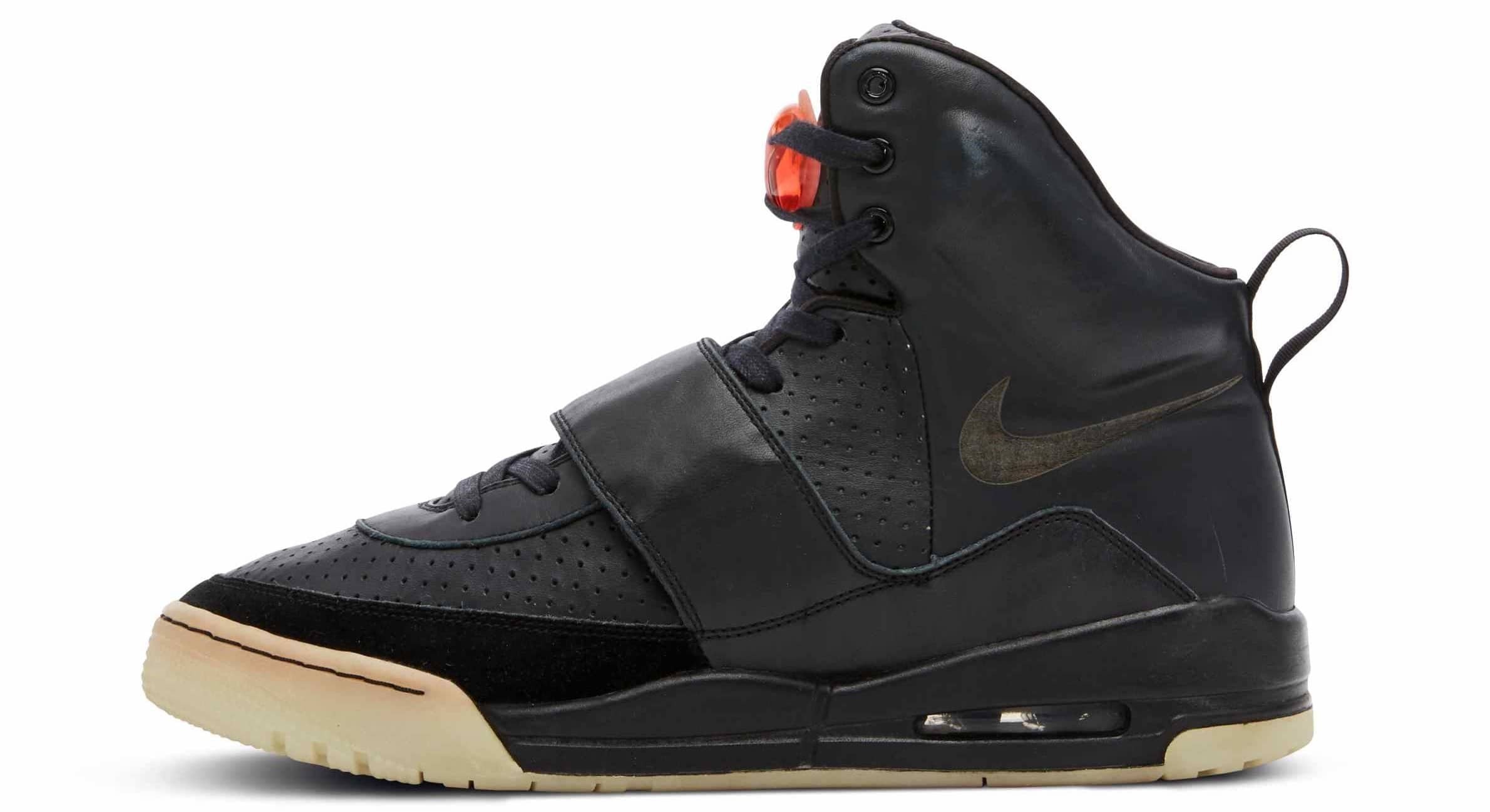 The prototype sneakers, which are currently on public exhibition at the Hong Kong Convention and Exhibition Centre until April 21st, was put on the market by Ryan Cheng, a renowned sneaker collector and curator of Applied Arts, NYC.

“The Air Yeezy Prototype is particularly special to me because it captured the cultural moment in 2008 so perfectly,” Cheng said in a statement. “There he was, Kanye West, on stage at the Grammys, winning 4 awards just that evening, and unveiling an incredibly important and iconic design in Nike’s storied history.”

Co-designed by West and Mark Smith, the prototype Yeezys were created at Nike’s Innovation Kitchen at the company’s headquarters in Beaverton, Oregon in 2007. The size 12 sneaker is made of soft black leather with perforated detailing throughout the upper. It features a tonal Swoosh on the heel and the Yeezy brand’s iconic forefoot strap and signature Y-medallion lace locks. The shoes also come in a custom lasered wooden box featuring a design and etching by Smith. 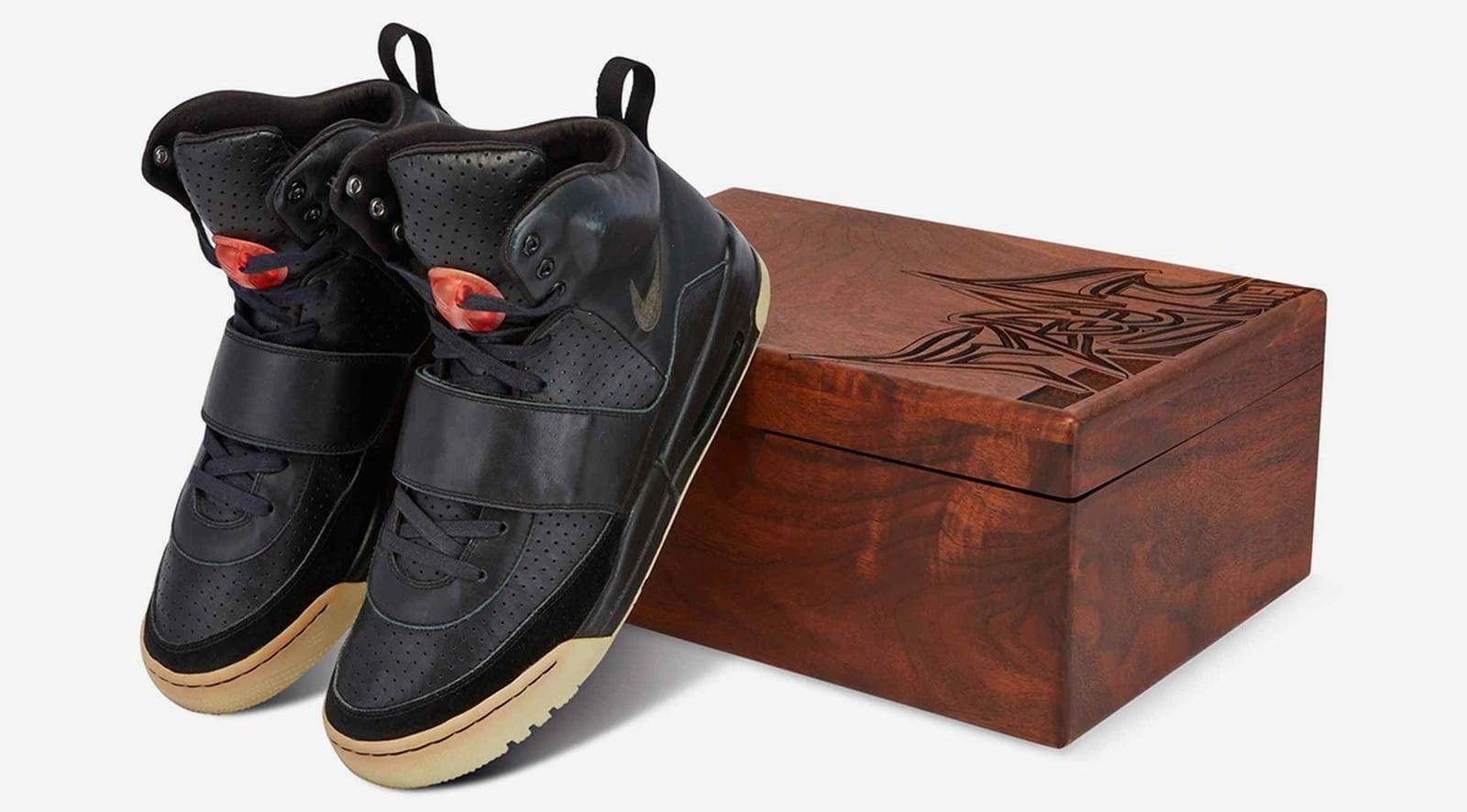 The prototype sneakers were the basis and inspiration for the Nike Air Yeezy colorways that launched in 2009. The said colorways had a retail price of $215 at the time of their release, but are now being resold on eBay for up to $8,000.

The design that West wore at Grammys was never mass-produced, but a pair of those shoes went on sale at collectible sneaker retailer Flight Club in 2017 and was sold for $100,000.