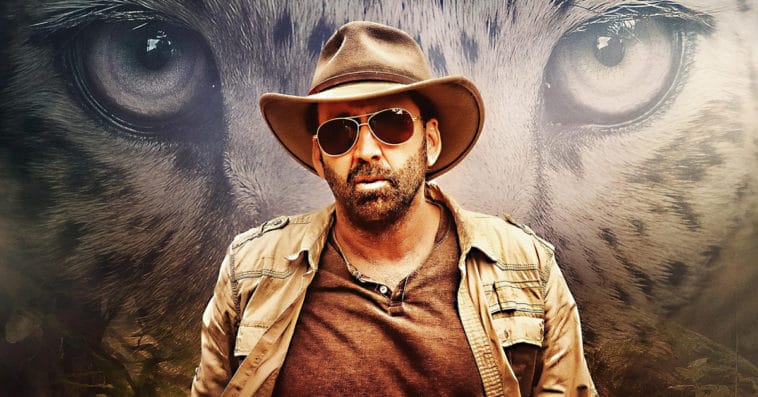 Based on Leif Reigstad’s Texas Monthly article Joe Exotic: A Dark Journey Into the World of a Man Gone Wild, the series will center around eccentric, exotic zookeeper Joe Exotic (Joe Schreibvogel in real life) who fights to keep his park in Oklahoma even at the risk of losing his sanity. It will explore how he became Joe Exotic and how he lost himself to a character of his own creation.

This marks Cage’s first-ever regular television role in his entire acting career. The 56-year-old actor is best known for his role as Ben Sanderson in the 1995 romance drama Leaving Las Vegas, which earned him an Academy Award, a Golden Globe, and Screen Actors Guild Award. His other notable acting credits include the 1987 rom-com Moonstruck, 1997 sci-fi film Face/Off, action-adventure movie series National Treasure, Marvel’s Ghost Rider film series, and many others.

As expected, Nicolas Cage fans are thrilled with the casting news.

Nicolas Cage is playing Joe Exotic and I’m so utterly here for it.

Nicolas Cage playing Tiger King's Joe Exotic? It's not something that I thought I needed to see, but I immediately want to. 🐯👑 😅 pic.twitter.com/9haauQMl0c

God put Nicolas Cage on Earth for a reason and that was to play Joe Exotic in a prestige miniseries https://t.co/OtfWgGFkrs

Some people, however, think that David Spade and Rob Corddry would make a better Joe Exotic than cage.

Listen, I love Nicolas Cage. But the fact that David Spade isn't playing Joe Exotic is an absolute crime against humanity

For real?? Nicolas Cage? Na this can’t be true. Joe Exotic isn’t 90 yrs old. They already over did it with Cage playing Ghost Rider. Trying to make him look 20 yrs younger when we all knew he 50. Sorry folks this is a bust. @robcorddry would make a better Joe Exotic!

Interestingly, others can’t wait to see the series for bizarre reasons.

My dad has some thoughts on Nicolas Cage playing Joe Exotic pic.twitter.com/4mgnZWLAKI

Nicolas Cage cast as Joe Exotic in a Tiger King series?? If this is true the memes are going to be INCREDIBLE

Nicolas Cage just got Cast as Joe Exotic which is funny because I'm pretty sure Joe was just doing a Nick Cage impression this whole time.

Dan Lagana, former helmer of Netflix’s mockumentary series American Vandal, will serve as writer and showrunner of the series. Under his overall deal at CBS TV Studios, Lagana will also executive produce the series along with Cage via Saturn Films and Paul Young via Make Good Content. Brian Grazer and Samie Kim Falvey will also executive produce the show for Imagine, and Scott Brown and Megan Creydt for Texas Monthly.

The Nicolas Cage-led series is the second announced scripted series inspired by the success of Netflix’s Tiger King. The first scripted series, which was announced late last year, is based on the Wondery podcast Joe Exotic. Kate McKinnon is set to executive produce the series and is attached to play the role of Carole Baskin, a big-cat rights activist who accused Joe Exotic of abusing and exploiting wild animals.