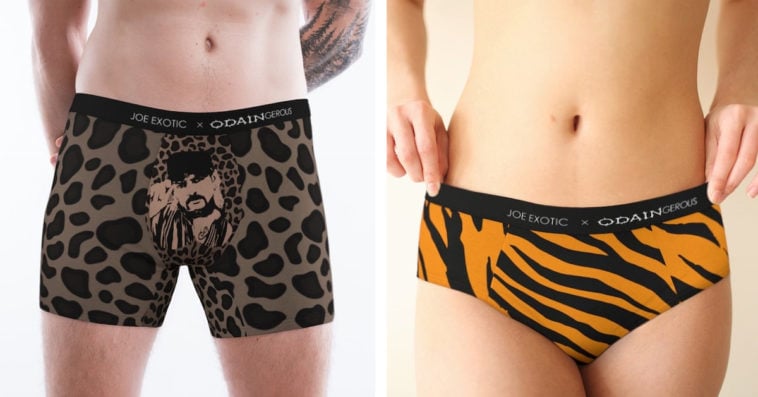 Tiger King’s Joe Exotic is releasing a line of underwear next week.

Part of Exotic’s REVENGE apparel collection with streetwear brand Odaingerous, this assortment of boxer briefs for men and hipster panties for women features six different designs, including a leopard print with Exotic’s face on the crotch, bright orange tiger print, fiery red tiger print, and a baby blue design with orange tiger print on the sides.

For those who are not huge fans of animal prints, there’s also a plain black design with a bright orange waistband, as well as a black design with an all-over white print of the brand name Joe Exotic x Odaingerous. See some of the items from the collection in the photos below: 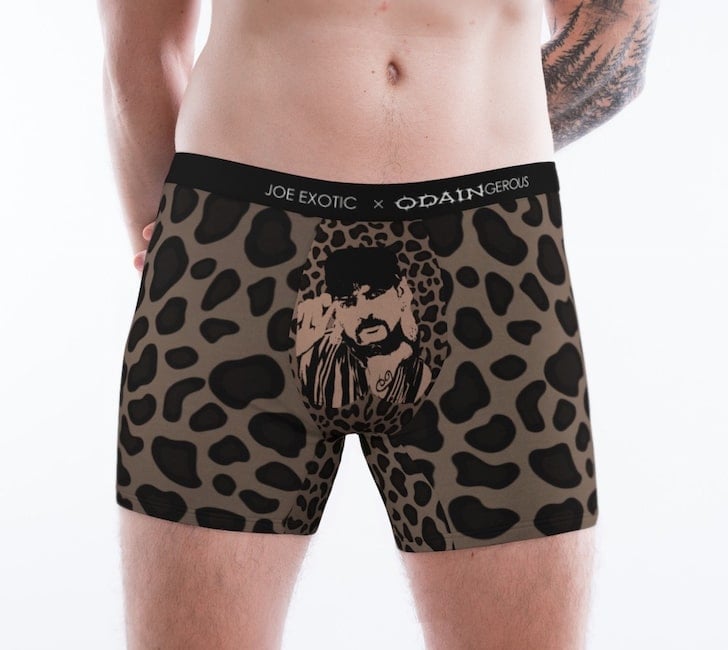 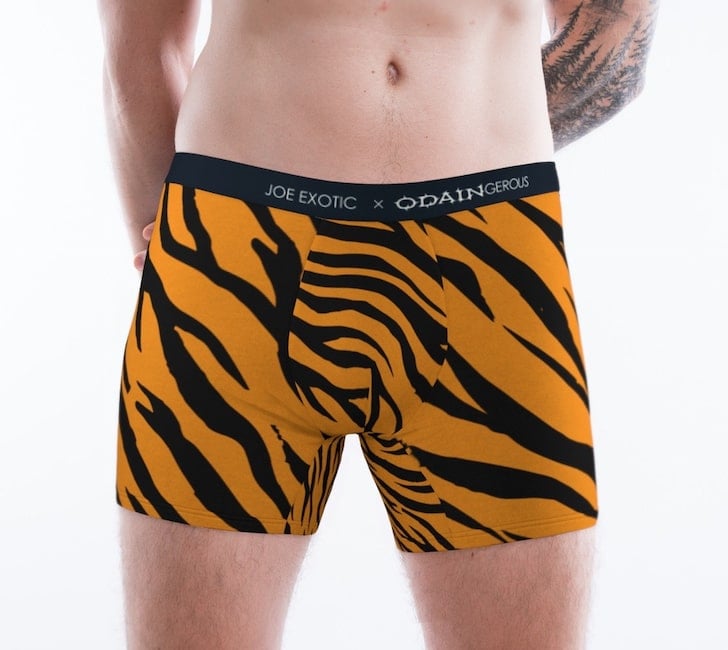 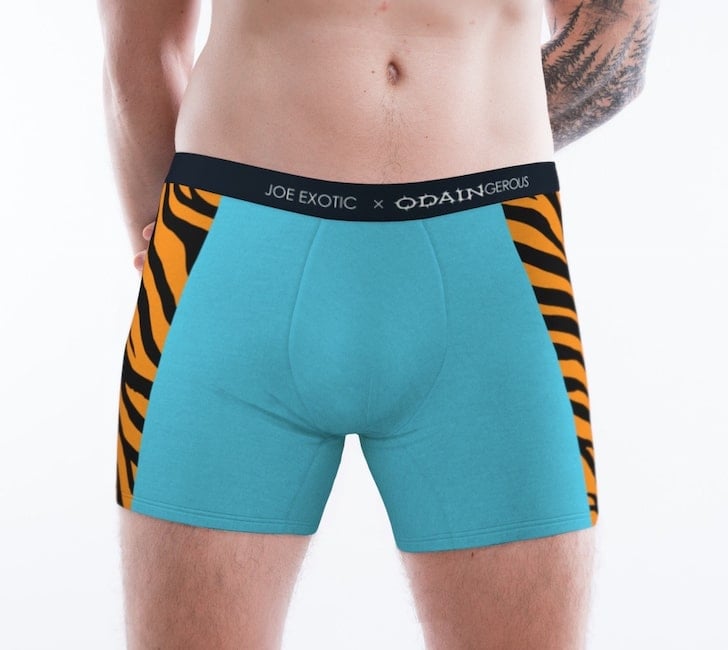 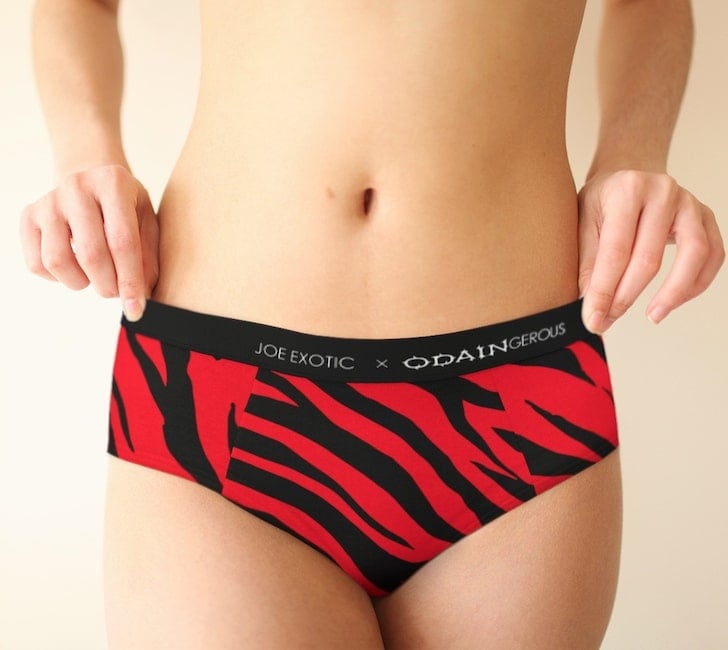 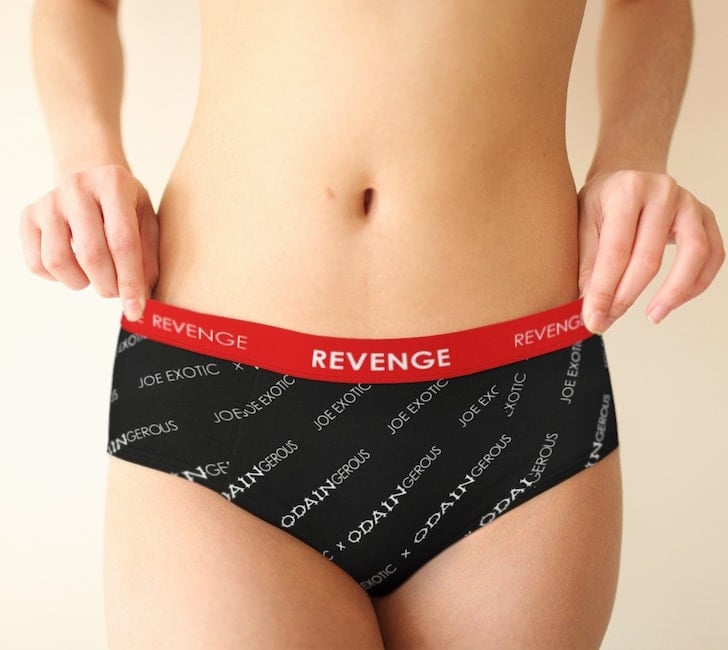 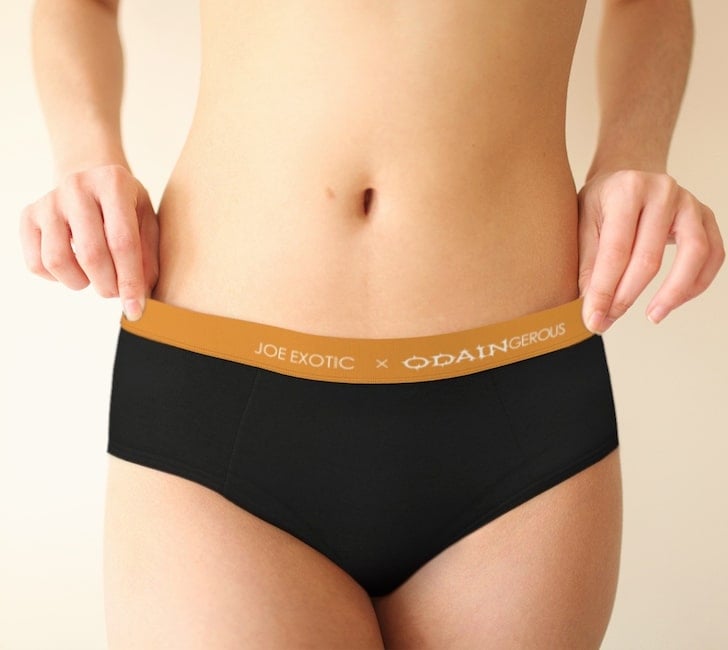 In an Instagram post, Odaingerous wrote that all items in the underwear line are made of 100% cotton and will be made available on their website starting September 7th.

While the price range for the collection has yet to be announced, these boxer briefs and hipster panties are expected to sell like hot cakes, as the items during the soft launch for REVENGE last May sold out in just a matter of hours. According to TMZ, the initial batch of REVENGE merchandise ― which included joggers, hoodies, and graphic T-shirts ― raked in over $20,000 in online sales.

Interestingly, this isn’t the first time Exotic has ventured into the underwear business. The former zoo operator reportedly started selling undies back in 2013.

Exotic, whose real name is Joseph Maldonado-Passage, became a household name after his longtime feud with big-cats rights activist Carole Baskin was featured in the Netflix docuseries Tiger King earlier this year. He is currently serving a 22-year prison sentence for a slew of federal charges stemming from the murder-for-hire plot against Baskin.