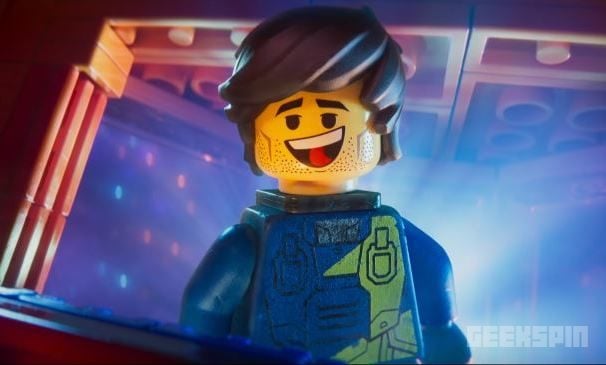 Released by Warner Bros. on Tuesday, the two-minute video introduces the character of Rex Dangervest, a space-traveling archaeologist, cowboy, raptor trainer, and gambler. He offers to help Emmet rescue Lucy and his friends who have been captured by the villainous intergalactic mini-doll General Sweet Mayhem.

As fans probably know by now, Pratt is pulling double duty in the film. Aside from voicing Emmet, Pratt is also lending his pipes to Rex, who appears to be an amalgamation of the actor’s post-Parks and Recreation roles namely Peter Quill / Star-Lord from the Marvel Cinematic Universe, Owen Grady from the Jurassic Park series, and Joshua Faraday from The Magnificent Seven.

Rex first shows up in the middle of the trailer and saves Emmet from what appears to be a huge chunk of space rock that is about to hit his ship. Later in the clip, Rex warns Emmet about the Systar System. “You don’t want to go anywhere near that Systar System,” Rex tells Emmet. “It’s ruled by an alien queen. Only the toughest can get out of there alive.”

That alien queen is Queen Watevra Wa-Nabi, and as shown in the trailer, she has the ability to change her physical form at will.

Despite Rex’s warning, Emmet goes to the Systar System where he successfully finds Lucy. But will they be able to get out of there and return home to Bricksburg?

The Lego Movie 2: The Second Part opens in theaters on February 8th, 2019.