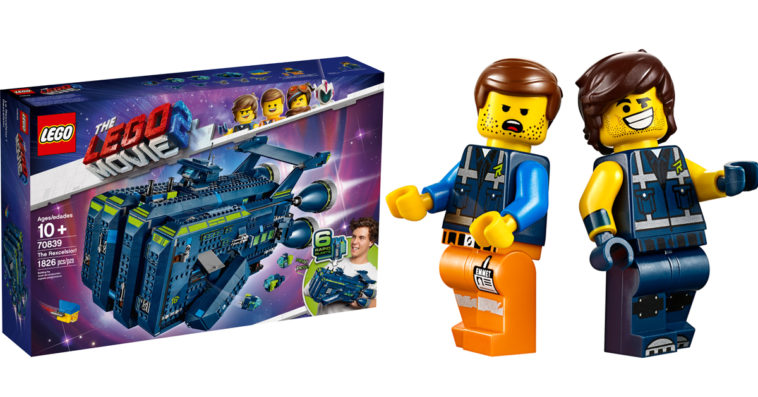 Fans will get to recreate their favorite space scenes from the upcoming The Lego Movie 2: The Second Part with this super cool LEGO set called The Rexcelsior.

Revealed at the London Toy Fair on Tuesday, The Rexcelsior construction set is a spaceship with over 1800 LEGO pieces. In the movie, the spaceship is owned by new character Rex Dangervest, a space-traveling archaeologist, cowboy, raptor trainer, and gambler. Like the film’s main character Emmet, Rex is also voiced by Chris Pratt. In fact, Rex is an amalgamation of the Pratt’s post-Parks and Recreation roles namely Peter Quill / Star-Lord from the Marvel Cinematic Universe, Owen Grady from the Jurassic Park series, and Joshua Faraday from The Magnificent Seven.

The Rexcelsior set will be available at all LEGO brand retail stores and shop.lego.com starting on May 1st for $149.99 each.

The Lego Movie 2: The Second Part, which also features the voices of Elizabeth Banks, Tiffany Haddish, Will Arnett and more, will open in theaters on February 8th.