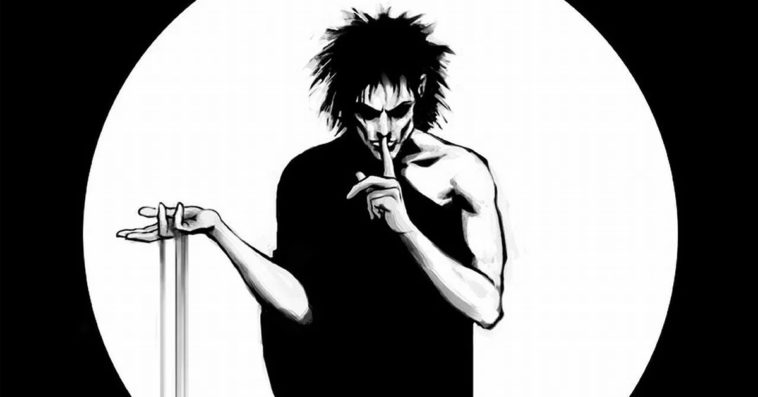 According to The Hollywood Reporter, the streaming service has signed a deal with Warner Bros. — which has the rights to Sandman — to adapt the acclaimed property into a TV show, in what sources are describing as “the most expensive TV series that DC Entertainment has ever done.” Though Warner Bros. is launching a streaming service of its own soon, the company reportedly decided to sell the series to another platform in order to bring in additional revenue.

More than three years after a failed attempt to turn Neil Gaiman (@neilhimself)'s beloved Vertigo comic #Sandman into a feature film, the graphic novel is finally coming to the screen https://t.co/GES5LVxa5F pic.twitter.com/gJL5rp1sWQ

Wonder Woman screenwriter Allan Heinberg will serve as the showrunner and a writer on the straight-to-series drama, which will have 11 episodes for its first season. Gaiman, who co-created the ongoing monthly comic with Sam Kieth and Mike Dringenberg, will executive produce the series alongside David Goyer, whose TV credits include Syfy’s Krypton and NBC’s Constantine. Heinberg, Gaiman, Goyer and will co-write the pilot episode.

“We’re thrilled to partner with the brilliant team that is Neil Gaiman, David S. Goyer and Allan Heinberg to finally bring Neil’s iconic comic book series, The Sandman, to life onscreen,” said Channing Dungey, vice president of originals at Netflix. “From its rich characters and storylines to its intricately built-out worlds, we’re excited to create an epic original series that dives deep into this multi-layered universe beloved by fans around the world.”

Originally published by DC’s Vertigo comics imprint between 1989 and 1996, with several additional series coming in 2009 and between 2013 and 2015, Sandman follows Morpheus, the personification of dreams, who was locked up by occultists in 1906 and eventually broke out decades later in the 1980s. Now that he has regained his freedom, he works to avenge his captors and rebuild his fallen kingdom, all while adapting to the new world that he finds himself in.

Warner Bros.’ attempts to adapt Sandman into a feature film franchise began in the 1990s. However, after going through multiple incarnations, the project was ultimately set aside. Then in late 2013, Gaiman announced that he was partnering with Joseph Gordon-Levitt for a Sandman movie under Warner Bros.-owned New Line. Gordon-Levitt was supposed to star and direct the film before leaving the project due to creative differences with the studio in 2016.

In November of that year, Eric Heisserer, the last screenwriter attached to New Line’s Sandman, said that he also bailed on the movie because he felt that the comic book series is more suitable for a small screen adaptation.

“I … came to the conclusion that the best version of this property exists as an HBO series or limited series, not as a feature film, not even as a trilogy,” Heisserer told iO9 at the time. “The structure of the feature film really doesn’t mesh with this. So I went back and said here’s the work that I’ve done. This isn’t where it should be. It needs to go to TV.”