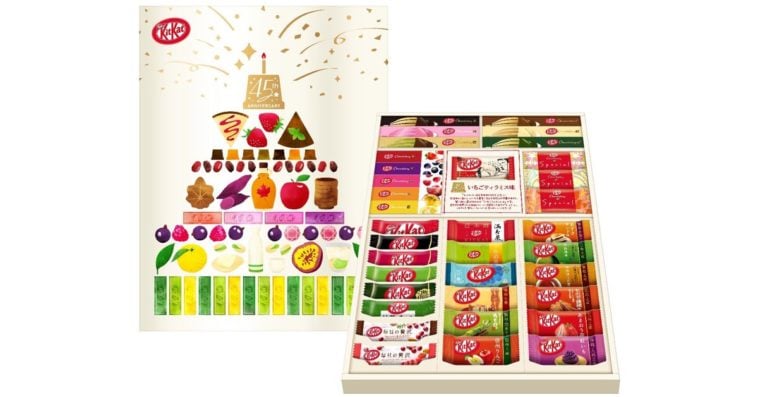 Do you want to try some of the intriguing Japanese Kit Kat flavors without spending too many bucks? If you do, then you might not want to miss this limited-edition Kit Kat box from Nestlé. 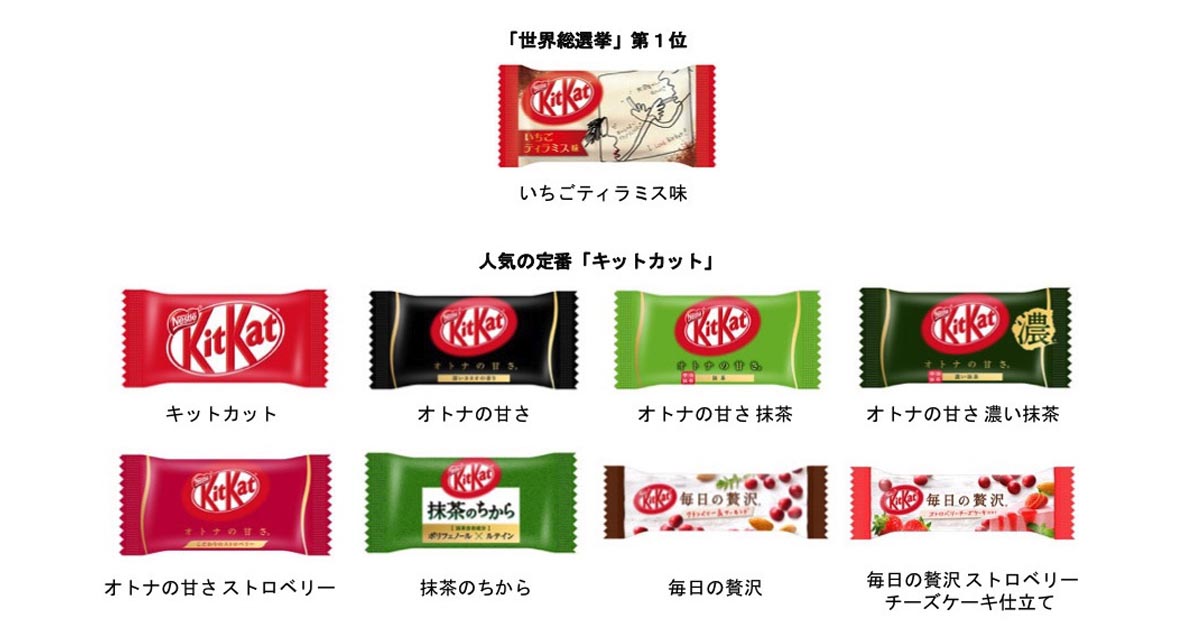 Kit Kat was first made available in Japan in 1973, and since then, the country has come up with more than 350 different types of the popular wafer bar confection. But because some of these flavors are only available in select regions, it’s very rare that one can purchase most of these varieties in the same place at the same time, making the anniversary assortment a gem not only for avid candy collectors but also for curious customers.

The assortment features the Strawberry Tiramisu flavor, which is the No. 1 flavor chosen in last April’s worldwide poll that was participated by around 500,000 people from 81 countries and regions. The collection also includes 12 local souvenir flavors and 14 flavors from Kit Kat’s specialty store, Kit Kat Chocolatory. 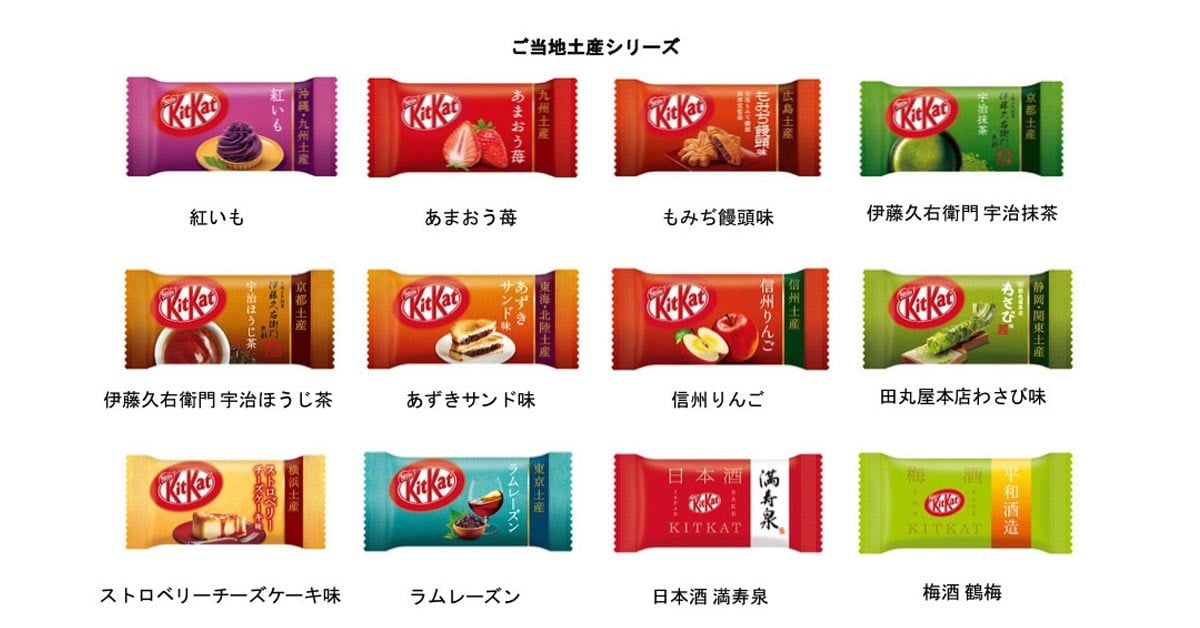 The anniversary box is divided into three tiers. The first one is called the Popular Classics and houses flavors like Adult Sweetness, The Power of Matcha, and Everyday Luxury. The second tier, dubbed as the Kit Kat Chocolatory, features the varieties Sublime Bitter and I Heart Fruits, which comes in flavors of strawberry, yuzu, passion fruit, raspberry, cassis, and strawberry maple. The third tier is the Regional Series which boasts the oddest selection of flavors, including purple sweet potato, adzuki red bean paste sandwich, shinshu apple, and tamaruya honten wasabi. 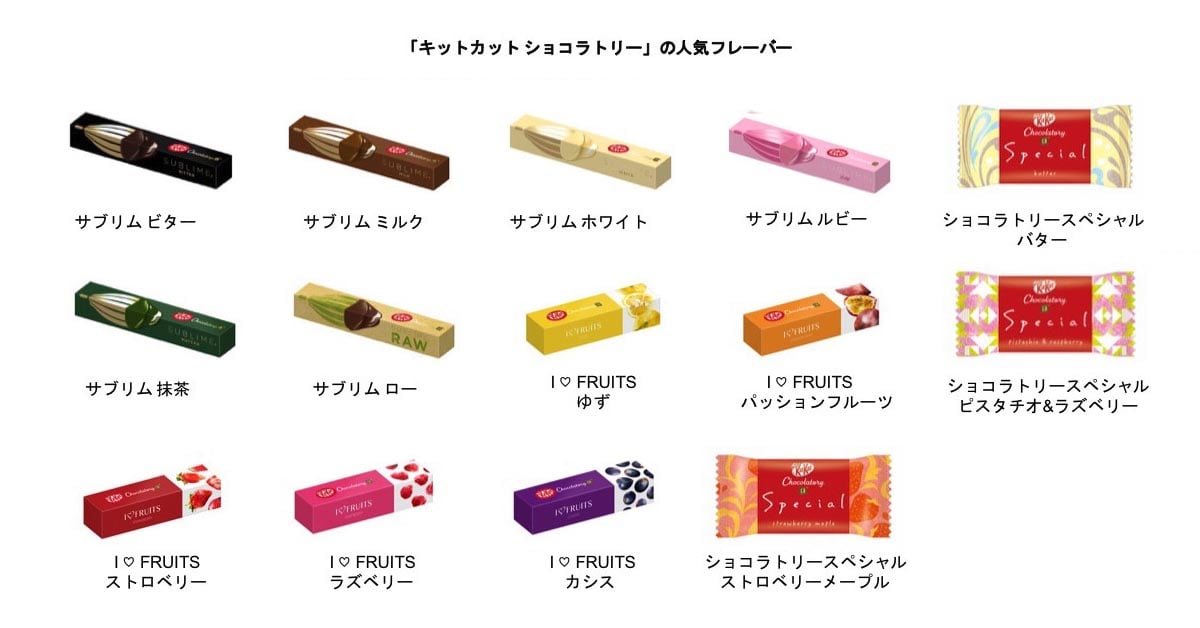 The anniversary box is currently on sale in Kit Kat stores across Japan and is also available for purchase online. Each box retails for ¥6,264 which is around $55.