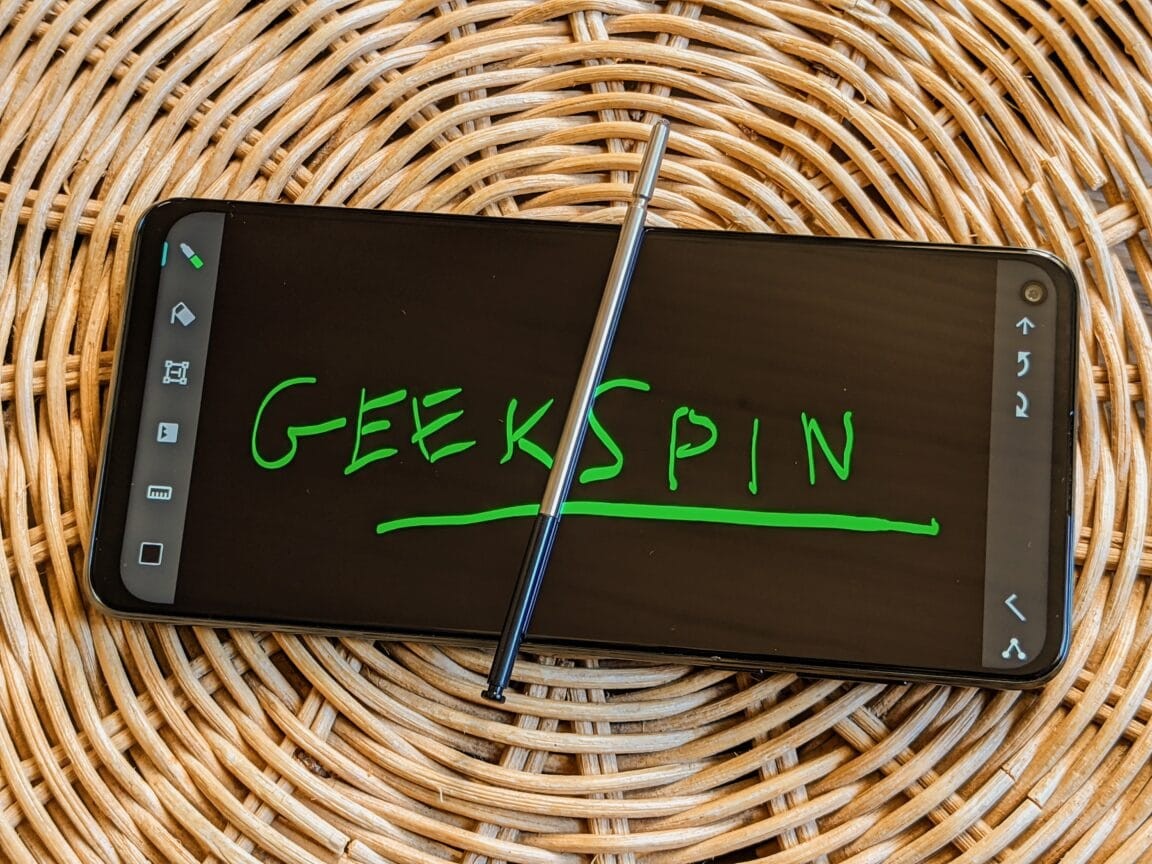 Back in January, Motorola launched the $300 Moto G Stylus (2021), a lower mid-range phone with a vast 6.8-inch display and a capacitive stylus. In my review, I praised its rich user experience, but lamented its poor cameras and lack of NFC. Then, just last week, the company announced the $400 Moto G Stylus 5G. As its name implies, this new handset is basically a 5G version of its predecessor — with a few tweaks.

Turns out the G Stylus (2021) was a great success for Motorola, hence the updated 5G model. So, does this new G Stylus 5G fix its older cousin’s shortcomings? How do these two phones differ? Is 5G really worth the extra $100? Read my review to find out.

Since these two handsets have so much in common, my review is primarily going to focus on what’s changed. As such, I suggest you take a few minutes to read my Moto G Stylus (2021) review. Go ahead… I’ll wait! The Moto G Stylus 5G’s most obvious cosmetic update is its striking Cosmic Emerald colorway — a welcome improvement over the Aurora Black or Aurora White options available for the previous model.

Also noticeable is the difference in camera pod layout. Whereas the G Stylus (2021) positioned its shooter in an L-shape within a rectangular bump, the G Stylus 5G relies on a two-tiered pod with the four cameras arranged in a square, and each shooter individually protruding even further. An LED flash lives on the first tier, below this square cluster. This setup reminds me of the Realme 8 Pro’s camera bump. 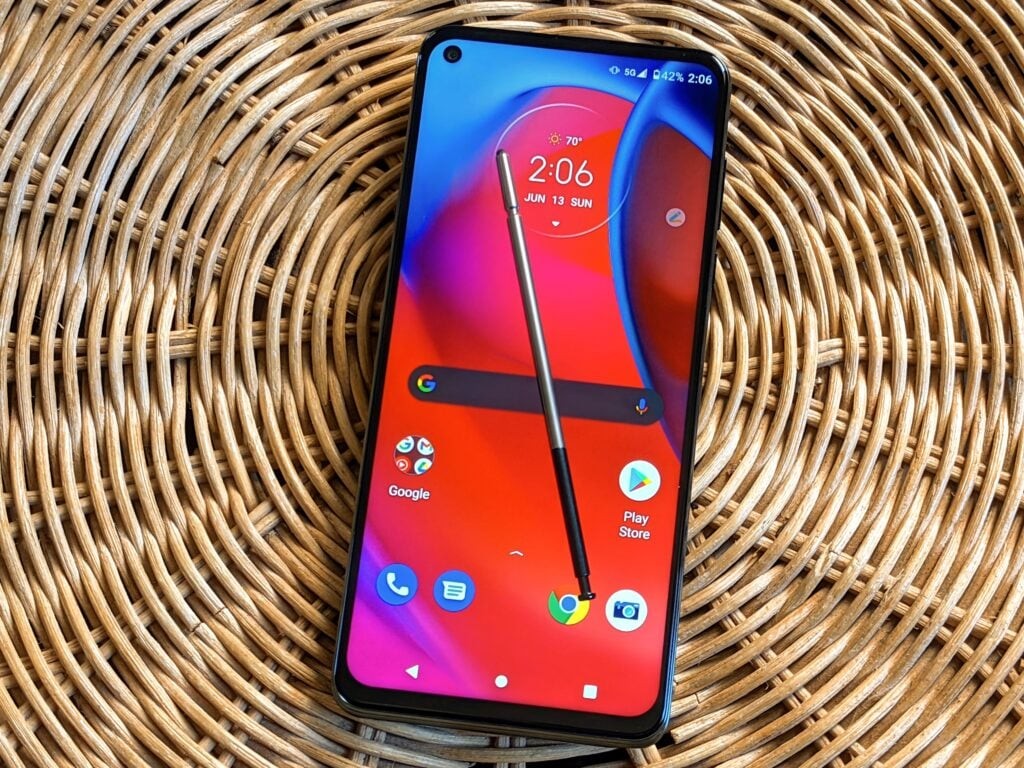 More subtle — but resulting in a much better user experience — is the G Stylus 5G’s new stylus design. While it’s still capacitive (ie. passive), it’s now perfectly circular in cross-section, making it easy to insert back into its silo without looking. The G Stylus (2021)’s stylus is flat on one side, and must be aligned properly to fit into its silo, which means you have a 50% chance to insert it properly right each time.

Another change is the location of the capacitive fingerprint sensor, which is rear-mounted (inside the Moto logo) on the new G Stylus 5G, instead of side-mounted (doubling as the power/lock key). This makes the phone easier to use if you’re left handed. Everything else is pretty much identical, from the all plastic build to the button and port layout. Like the G Stylus (2021), the new 5G variant is a fingerprint magnet, so stock up on your microfiber wipes.

The 6.8-inch FHD+ IPS display (2400 x 1080 pixels, 386ppi, 20:9 aspect ratio) is identical on both handsets, with the same massive front chin and punch hole in the top left corner. It’s lovely overall, but the 60Hz refresh rate is a miss when the competition now typically offers 90Hz at this price point. Also, while this screen is generally readable in direct sunlight, it could definitely be brighter. 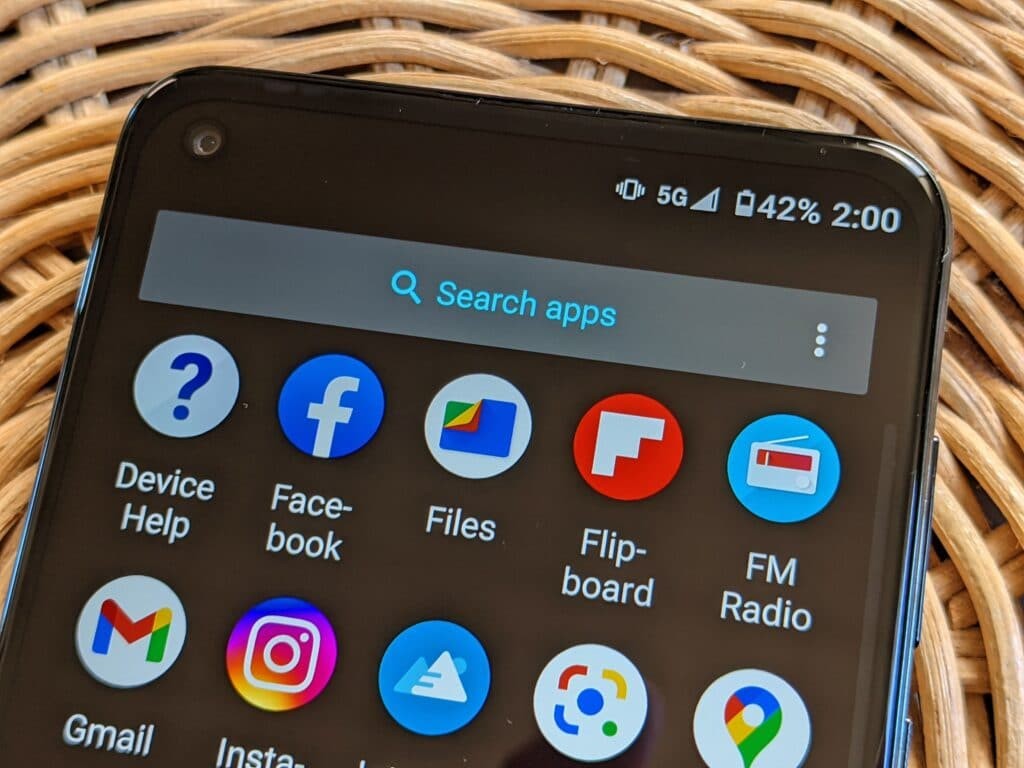 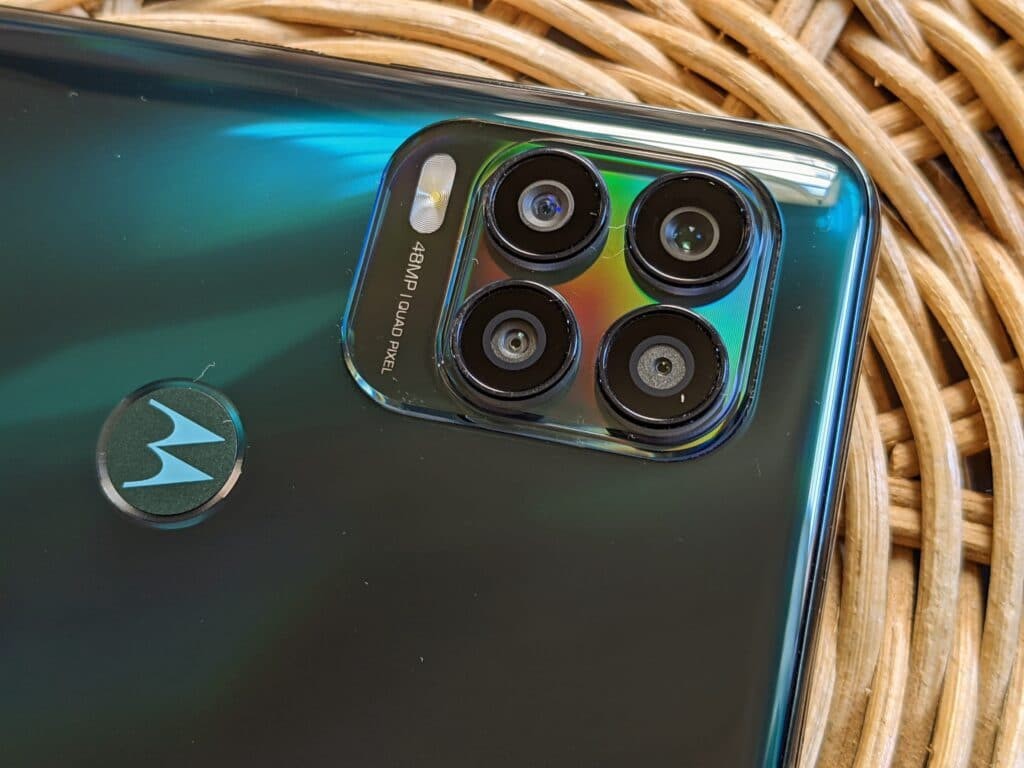 While the new macro’s higher resolution is an improvement — it also enables 1080p 30fps video recording (vs. 720p) — the lack of autofocus makes it more challenging to take clear shots. The camera interface and shooting modes are the same on both phones (complete with Moto’s fun spot color mode) but the G Stylus 5G gains a dual capture video mode, which lets you record with both front and rear cameras simultaneously.

There are also some changes in the G Stylus 5G’s video recording capabilities, with the main shooter topping out at 1080p 60fps unstabilized vs. 4k 30fps stabilized on the G Stylus (2021). Stabilization is available at 1080p 30fps on the main, ultrawide, macro, and selfie cameras, however (it was missing from its predecessor’s front shooter). In all, these are pretty much the same middling cameras, with similar (lackluster) results.

I used the Moto G Stylus 5G primarily on T-Mobile’s sub-6GHz 5G network in San Francisco and New York City, and didn’t have any issues with calls or data speeds. Presumably, this handset also supports sub-6GHz 5G for AT&T and Verizon, but I only saw 4G LTE connectivity on these networks. Like many of Motorola’s mid-range phones, the Moto G Stylus 5G is missing NFC for contactless payments, which is just egregious these days. 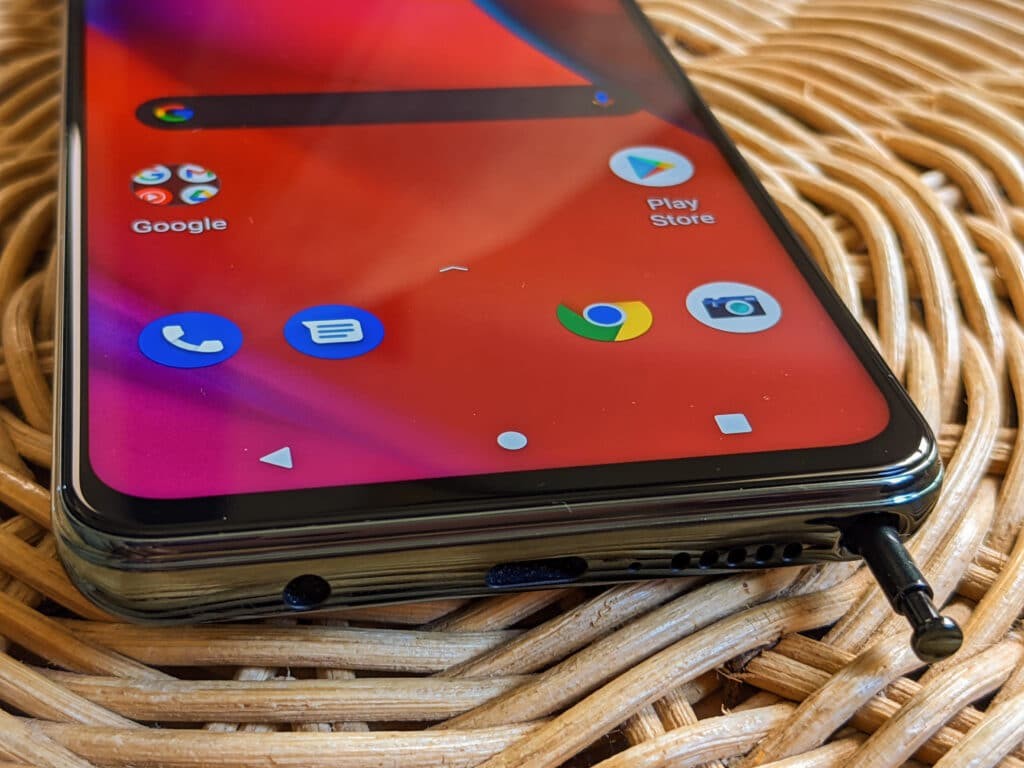 On the audio front, the G Stylus 5G matches the G Stylus (2021). The speaker is reasonably loud and clear, but it’s mono, which is unfortunate considering last year’s original Moto G Stylus features some of the best stereo speakers on the market. A 3.5mm headphone jack is present as well, and it delivers superb audio thanks to a quality DAC and amp combo with enough power to handle tricky headphones and earbuds.

Spec-wise, the biggest difference between the Moto G Stylus (2021) and the Moto G Stylus 5G is the switch to Qualcomm’s Snapdragon 480 5G SoC. While this new 400-series processor supports 5G and roughly matches the performance of current mid-level 600-series chips, it’s simply not as powerful as the 4G-only Snapdragon 678 found in the G Stylus (2021) — which explains the lack of support for 4k video recording, for example. 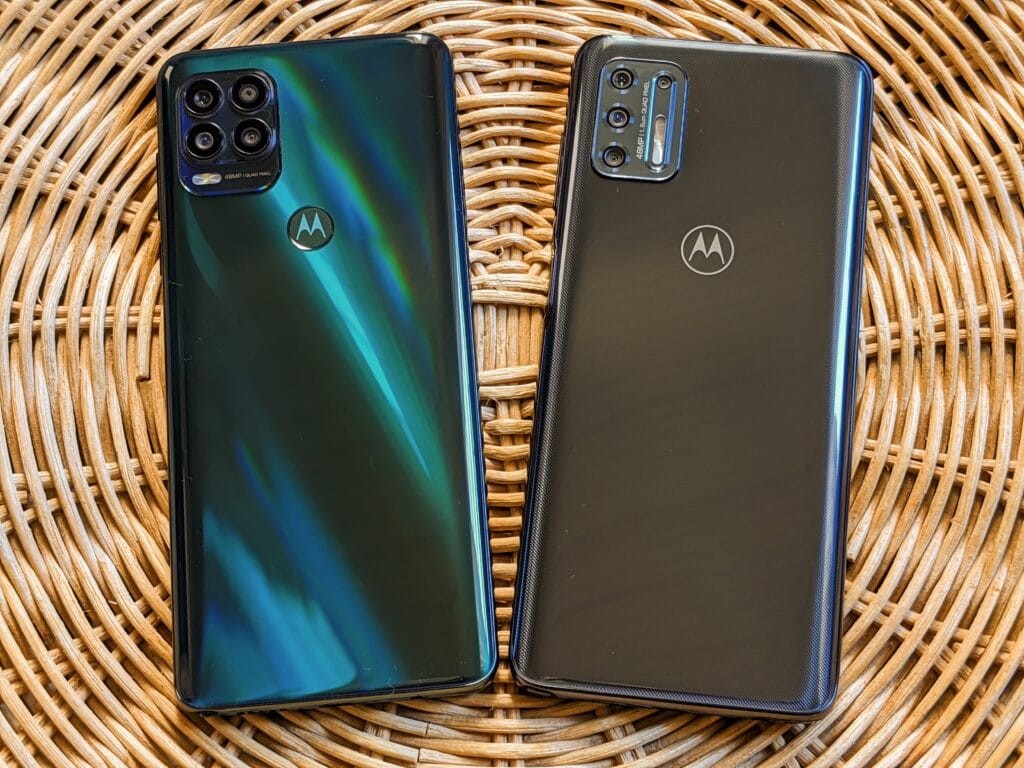 As such, this change of processors isn’t really an upgrade. Sure, 5G is a bonus, but it’s more about being future-proof than getting faster data speeds at this point — especially since the G Stylus 5G doesn’t support mmWave 5G. And while the Snapdragon 480 5G is more power-efficient (8nm process vs. 11nm), it’s just not in the same league as the Snapdragon 678 when it comes to gaming and other more demanding tasks.

That’s not to say the G Stylus 5G feels sluggish. It’s certainly responsive enough, and I didn’t experience any lag running my usual set of apps. Motorola didn’t skimp on RAM and storage, either, offering 6GB and 256GB, respectively, plus microSD expansion up to 1TB. But that’s only on the $400 unlocked/retail devices — the carrier variants will only offer 4GB of RAM and 128GB of storage (pricing and availability TBD).

Like its predecessor, the Moto G Stylus 5G supports 18W charging, and ships with a 10W charger in the box. It boasts a slightly bigger 5000mAh battery, though, vs. 4000mAh on the Moto G Stylus (2021). Obviously, the more efficient chip and larger battery help offset the more power-hungry 5G radio. As such, battery life is solid, but I didn’t notice a huge difference in endurance between both handsets. Basically, I have no complaints here.

Before I dive into the software, here are a few hardware odds and ends. Audio is still only captured in mono when recording video, which is disappointing. The FM radio carries over, if that’s something you care about. Haptic is satisfying and the fingerprint sensor is fast and accurate. While the G Stylus 5G lacks a proper IP rating for water and dust resistance, it uses Moto’s signature water-repellent nano-coating.

The Moto G Stylus 5G runs an almost stock build of Android 11, whereas the Moto G Stylus (2021) comes with Android 10. Both phones feature Motorola’s usual helpful customizations and software tweaks, like Moto Actions, Moto Display, and Moto Gametime. Only the Power Touch shortcut menu is absent, since it requires a side-mounted fingerprint sensor. It all makes for a clean, quick, and delightful user experience. 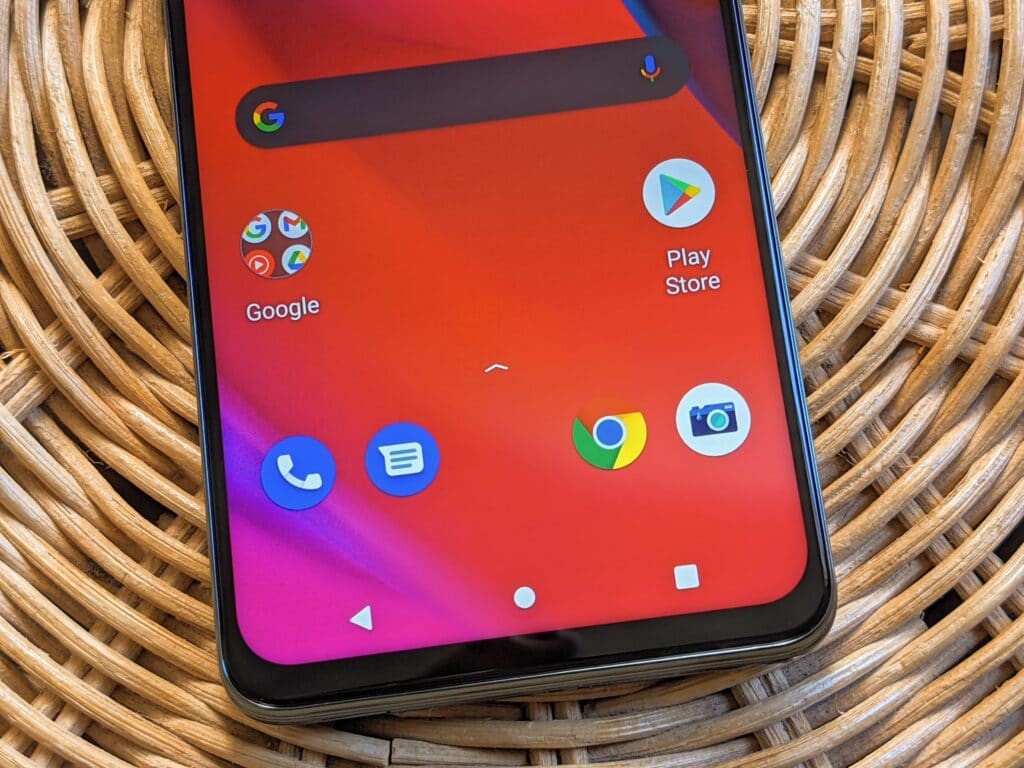 Obviously, the G Stylus 5G also inherits the G Stylus (2021)’s additional stylus functionality, including the Moto Note and Coloring Book apps, plus the ability to pick which app (or shortcut) is triggered when the stylus is removed. Both handsets are also pleasantly free of bloatware and preinstalled carrier/partner apps. All you get is Google’s familiar roster of apps plus a handful of Moto apps. It’s quite refreshing, honestly.

After spending a week using the Moto G Stylus 5G, I’m perplexed. This phone isn’t bad, but it just doesn’t make any sense — especially for $400. Instead of fixing some of the Moto G Stylus (2021)’s shortcomings, it just introduces more compromises and costs more. While the 5G support and generous storage are welcome, the Snapdragon 480 5G is simply unacceptable at this price point — especially when the Snapdragon 690 5G exists.

Consider this: Motorola currently sells the Moto One 5G unlocked for $350. It’s a 5G handset with a speedy Snapdragon 765 5G processor, 90Hz refresh rate, and NFC. Sure, it only comes with 4GB of RAM and 128GB of storage, and there’s no stylus, but it’s a significantly better value proposition. Along the same lines, there’s also the $300 Snapdragon 690 5G-equipped OnePlus Nord N10 5G (6G/128GB).

Finally, if you absolutely must have a stylus, the Moto G Stylus (2021) is now available for $280 from Moto. At that price, it’s a no-brainer — I simply cannot recommend the Moto G Stylus 5G when its older cousin provides basically the same functionality for $120 less.

Buy from Best Buy
If you buy something from a GEEKSPIN link, we may earn a commission