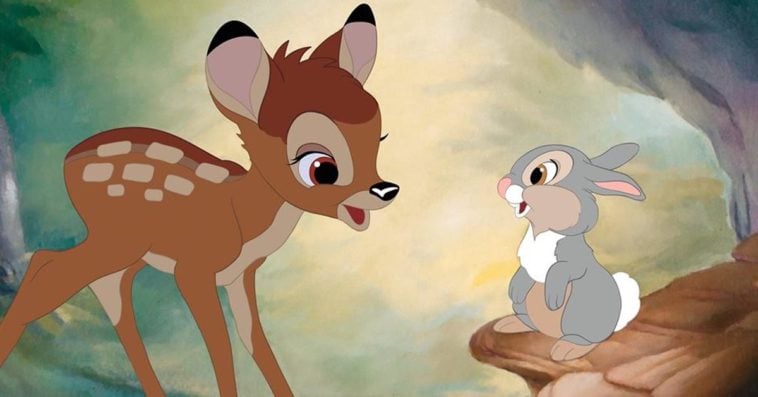 A poacher in Missouri has been sentenced to repeatedly watch the Disney movie Bambi as part of his punishment for illegally killing hundreds of deer over the past decade.

David Berry Jr. was ordered by Lawrence County Judge Robert George to watch the 1942 animated film at least once a month during his year-long jail sentence in what conservation agents have called one of the largest deer poaching cases in the history of the state.

According to court records, Berry Jr. “is to view the Walt Disney movie ‘Bambi,’ with the first viewing being on or before December 23th, 2018, and at least one such viewing each month thereafter, during Defendant’s incarceration in the Lawrence County Jail.”

Though more than a dozen of other poachers — including Berry Jr.’s father David Berry Sr. and his brother Kyle Berry — were involved in the said multi-year poaching case, it was only Berry Jr. who was singled out to watch the 76-year-old Disney movie. While the reason behind that decision is unclear, there’s a great chance Berry Jr. would realize the error of his ways once he gets to witness the film’s heartbreaking death scene of Bambi’s mother, who was shot to death by a poacher.

In the past nine years, the Berrys killed deer for their heads and antlers— leaving their bodies to rot where they fell. Though there was an apparent financial drive in the appalling practice, authorities were convinced that collecting deer heads were mostly about boosting the poachers’ ego.

“Taking just the heads is their version of obtaining a ‘trophy’ and leaving the carcass behind is merely an afterthought,” Randy Doman, division chief of the Missouri Department of Conservation, told the Springfield News-Leader. “While there are some cases where poachers go after the antlers for profit, with this bunch it was more about the thrill of the kill itself.”

As part of his sentence for taking wildlife illegally, Berry Jr. — along with his father and sibling — also had his hunting, fishing, and trapping privileges revoked for life. In addition, Berry was also sentenced to 120 days in jail in nearby Barton County for a separate firearms probation violation.