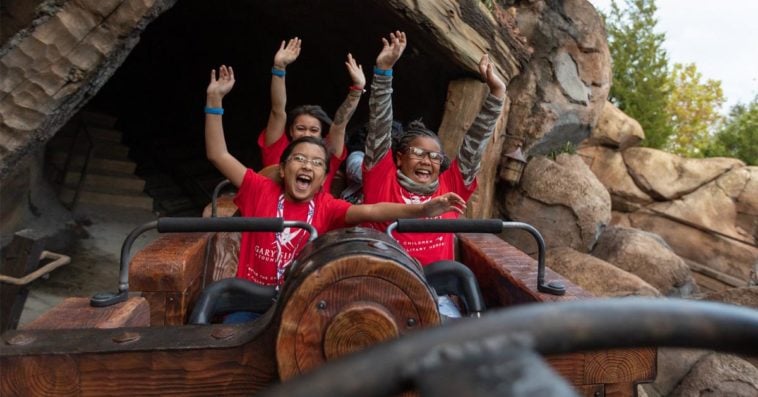 Gary Sinise, best known for his role as Lieutenant Dan Taylor in the 1994 film Forrest Gump, has treated over 1000 children of fallen armed forces members to a trip to Disney World.

According to a tweet Sinise shared last Saturday, 1000-plus Gold Star children with their surviving parents, 1,750 in total, traveled to Disney World via American Airlines as part of Gary Sinise Foundation’s Snowball Express program.

Over 1000 Gold Star Children travel w/ surviving parent, 1,750 in all, via @americanair to Disney World today as part of our @GarySiniseFound Snowball Express program. This charter left LAX this morning. I’ll join up in a few days. Have fun kids! We love you! pic.twitter.com/OfMEpVF1er

“Each one of these children who is going on these airplanes has lost a parent in military services —either combat-related or illness or unfortunately suicide sometimes,” Sinise told KCAL9 , before pointing out the main purpose of the Snowball Express program. “We wanna take care of these kids and make sure they know we don’t forget. The most important thing about it is that these children don’t feel alone. There’s a lot of healing and a lot of bonding and a lot of friendship that goes on that helps them through the rest of the year.”

This year’s participants come from 15 different locations across the country and will enjoy a 5-night vacation in Orlando, Florida.

Arriving via helicopter, Santa Claus and Mrs. Clause made a special appearance at Los Angeles International Airport on Saturday morning, giving children and their parents a chance to take pictures with them before they fly to Florida.

Jade Penix, one of the parents who joined the trip, explained why she and her son are grateful for the Snowball Express program.

“It’s just important ‘cause of all of the bonding that we get to do,” Penix told KCAL9 of the trip. “[My son] gets to find friends who are just like him, and I get to find ones that have lost just like me. It’s easier when you find people who’ve gone through the same thing. So it’s an amazing experience. All of the different tributes they have, and all of the different balloon releases where I get to write a message to my husband; it’s amazing.”

Gary Sinise Foundation’s Snowball Express 2018 at Walt Disney World in Orlando this year! A chance to heal, connect with other Gold Star families, and celebrate! 1,722 family members of our fallen heroes at the happiest place on earth. pic.twitter.com/zdE4gcEwiM