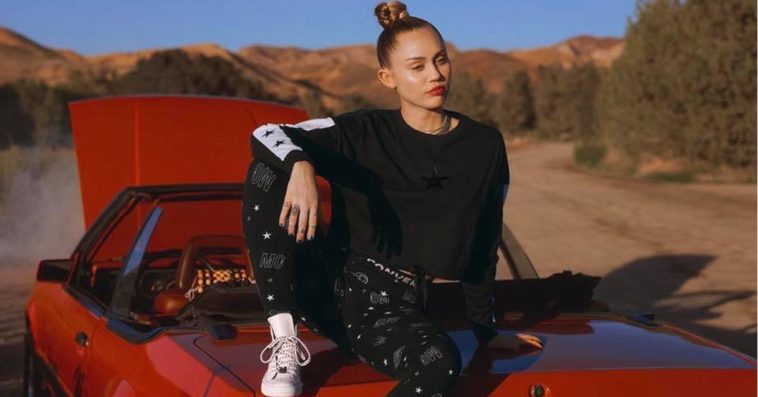 Miley Cyrus is going to be part of the upcoming fifth season of Black Mirror.

After several days of rumors, the singer-actress finally confirmed that she is set to appear in the next installment of Charlie Brooker’s sci-fi series.

Cyrus made the confirmation in a rather indirect way during her December 12th appearance on Howard Stern’s Sirius XM radio show, in which she spoke at length about the Malibu fire that destroyed her home.

The former Disney star mentioned that she wasn’t in the country during the blaze as she was filming a new project in South Africa. Since South Africa happens to be a popular filming location for Black Mirror, Stern asked Cyrus about reports claiming that she will be in Season 5 of the Netflix series.

“If you guess it, then I will shake my head ‘yes,’ or ‘no,’” Cyrus told the radio host, who then revealed to his listeners that the Hannah Montana star confirmed the news. Cyrus explained that she didn’t utter the series’ title on purpose because no one told her that she can officially discuss her role yet.

Though she “hates everything” she does in retrospect, Cyrus said that her Black Mirror role was the first time she had left somewhere “feeling really proud” of her work.

Without revealing too many details, Cyrus said that there is a lot of “different sides” to her character. “There’s a lot of dimension to it, and actually it was while the devastation of Malibu was happening, and it was a really weird learning experience for me because I was so far from home and the show is already really dark, and it’s already kind of eerie when you’re there the whole time,” she said. “But I learned a lot about myself, and I think I was able to use that and put that into it.”

Netflix has yet to announce the release date for Season 5 of Black Mirror.