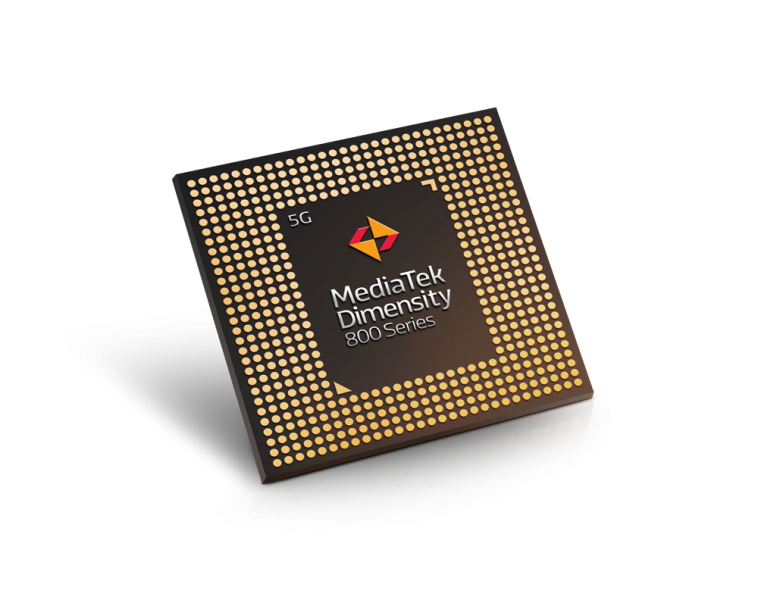 Just before 2019 ended, MediaTek announced their first family of 5G system-on-chips, Dimensity. The first Dimensity chip, Dimensity 1000, was designed for use in flagship phones, but today at CES 2020, MediaTek is announcing a new 5G chipset series designed especially for midrange smartphones, the Dimensity 800 5G.

“Everyone should have access to great technology. The Dimensity 800 Series will power the New Premium segment for 5G, bringing consumers flagship smartphone features and performance at midrange price points.”

With the Dimensity 800 series, MediaTek’s 5G modem can deliver significant power savings compared to that of a two-chip design, helping out with battery drain. It also supports 5G with two carrier aggregation, which will cover a 30 percent wider high-speed layer coverage — handy in the early days of 5G, when we’re still far from nationwide coverage.

Speaking of being far from nationwide coverage, the chipset offers multi-mode support for 2G networks and onwards as a backup in case a 5G network can’t be accessed, as well as the ability to support Dynamic Spectrum Sharing. The chipset is also designed to work with stand-alone and non-standalone sub 6 GHz networks and supports services such as Voice over New Radio (VoNR), allowing it to use the different kinds of connectivity included in the 5G standard.

As previously mentioned, the Dimensity 800 aims to make high-end features more accessible to the mid-range market, in addition to 5G connectivity. Made of four big performance cores, the chipset will speed up game launches and improve multi-threaded performance. It will also offer a flagship-grade GPU for improved gaming experience and MediaTek’s APU 3.0 for more precise AI-camera results. The Dimensity 800 supports up to four concurrent cameras, so expect to see that kind of a rig on more affordable smartphones soon.

Users can expect the first wave of devices powered by the Dimensity 800 series SoCs to arrive sometime in the first half of 2020.