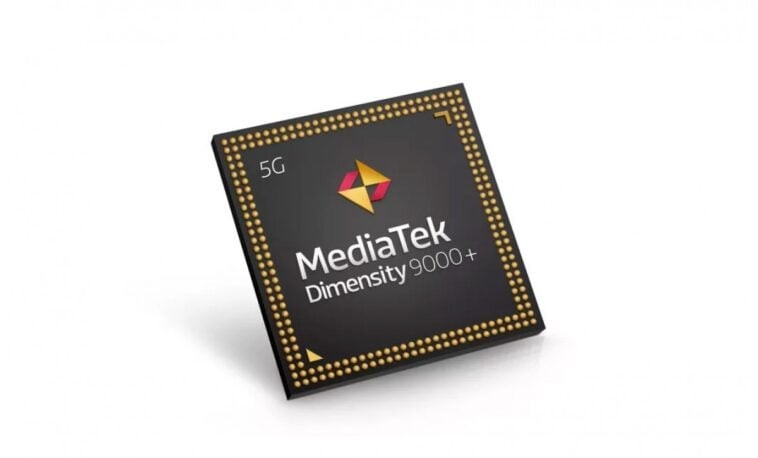 MediaTek has launched the Dimensity 9000+, a 5G smartphone chipset that is a refresh of the Dimensity 9000. This latest processor comes with quite a few incremental improvements, particularly in operational efficiency.

The Dimensity 9000+ is a consolidation of the 4nm octa-core process and ARM’s v9 CPU architecture processors where one ultra-Cortex X2 core that runs up to 3.2 GHz (as opposed to Dimensity 9000 chipset’s 3.05 GHz), three super Cortex-A710 cores, and four efficiency Cortex-A510 cores are put together.

According to MediaTek, the cutting-edge ARM Mali-G710 MC10 GPU, as well as the ultra-modern CPU architecture integrated into the Dimensity 9000+ chipset will render a 5% increase in CPU performance and a 10% improvement in GPU performance. The built-in LPDDR5X RAM that supports 8MB L3 cache (CPU) and 6MB of system cache adds to the improvement in speed and capacity as well.

The first wave of smartphones powered by the MediaTek Dimensity 9000+ is expected to be released in the third quarter of 2022.