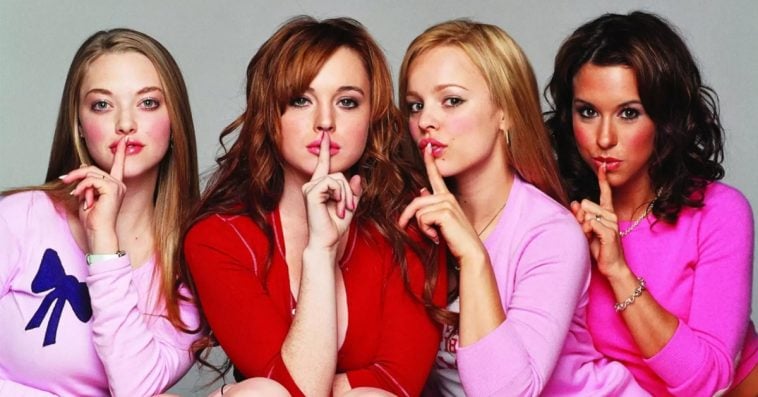 In celebration of the 15th anniversary of Mean Girls, a pop-up eatery inspired by the 2004 teen comedy film is coming to Santa Monica next month.

Aptly called Fetch, the restaurant will open at the former location of Joan’s on 3rd and will only welcome guests in the following weekends of November: 9th-10th, 16th-17th, and 23rd-24th. Visitors can pay $45 for a 90-minute time slot to be served a three-course meal.

Fetch can accommodate a maximum of around 100 people at a time, so more or less 3,600 fans can experience the special event during its entire run.

While the full menu is still being finalized, some of the dishes that will be available include Just Stab Caesar Salad with pink dressing, Whatever Cheese Fries with pink cheese sauce, Coach’s Hot Dog with pink coleslaw, Pusher Pizza, and Bitch Burger with pink coleslaw.

Fetch will also have a bar that will serve Mean Girls-themed drinks, which will likely include the She Asked Me How to Spell Orange Twist with vodka and other beverages inspired by the Swedish Fish and Toaster Strudels.

To complete the experience, the Mean Girls soundtrack will be played throughout the space, which will be decorated like the North Shore High School cafeteria. And since the Tina Fey-written movie takes place during Halloween and Christmas, Fetch will also include moments dedicated to both holidays.

Though intended for Mean Girls fans, Fetch is not officially affiliated with the franchise itself, Paramount Pictures, Lorne Michaels Productions, or any of the cast or crew. Instead, the pop-up restaurant is a collaboration between the commercial real estate firm Festival Companies Inc. and Rixton Productions, LLC., the experiential event production company behind the premiere food festival BrunchCon.

READ  The Titanic II is planning on setting sail in 2022

“[We have not had] any sort of conversation with them whatsoever, but if they do reach out to us, obviously whatever we need to do to remain in compliance and make it that we’re not infringing on any of their trademarks, we will definitely comply with,” said Sarelyn Radecke, founder and creative director of Rixton, when asked about the project being not officially affiliated with Paramount.

Though they are not allowed to use the phrase “Mean Girls” directly, Radecke assured fans that the pop-up will be fabulous. “[The goal of the pop-up is to bring] everyone back to the way we felt when we were watching the movie for the first time,” Radecke said. “Basically everything will be a photo op. … Mean Girls is one of those movies that I think every girl who grew up in the ‘90s and early 2000s quotes at least probably five to 10 times per year. So it’s looking at those moments and saying, ‘What can we capture for this experience?’”