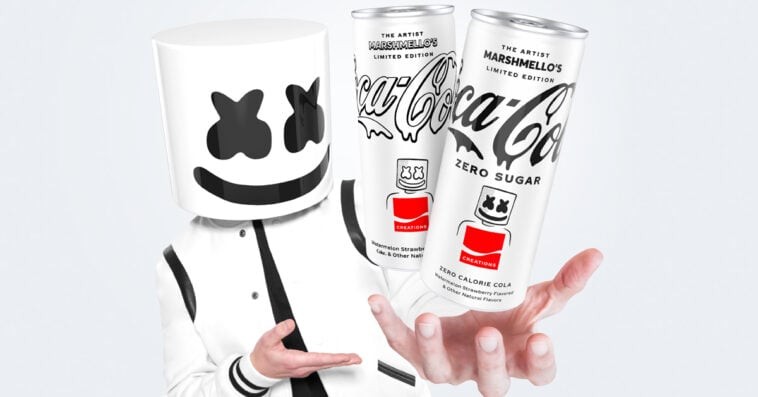 Coca-Cola has partnered with DJ and EDM producer Marshmello for a new limited-edition flavor. And surprisingly, the collaboration doesn’t have anything to do with marshmallows.

Called Marshmello’s Limited Edition Coca-Cola, the latest Coke variant has notes of strawberry and watermelon, which are two of the artist’s favorite flavors.

“We created a vibey blend of my favorite flavors in this all-new mix,” Marshmello said in a press release announcing the new beverage. “I think it tastes amazing and [I] hope fans love it, too.” 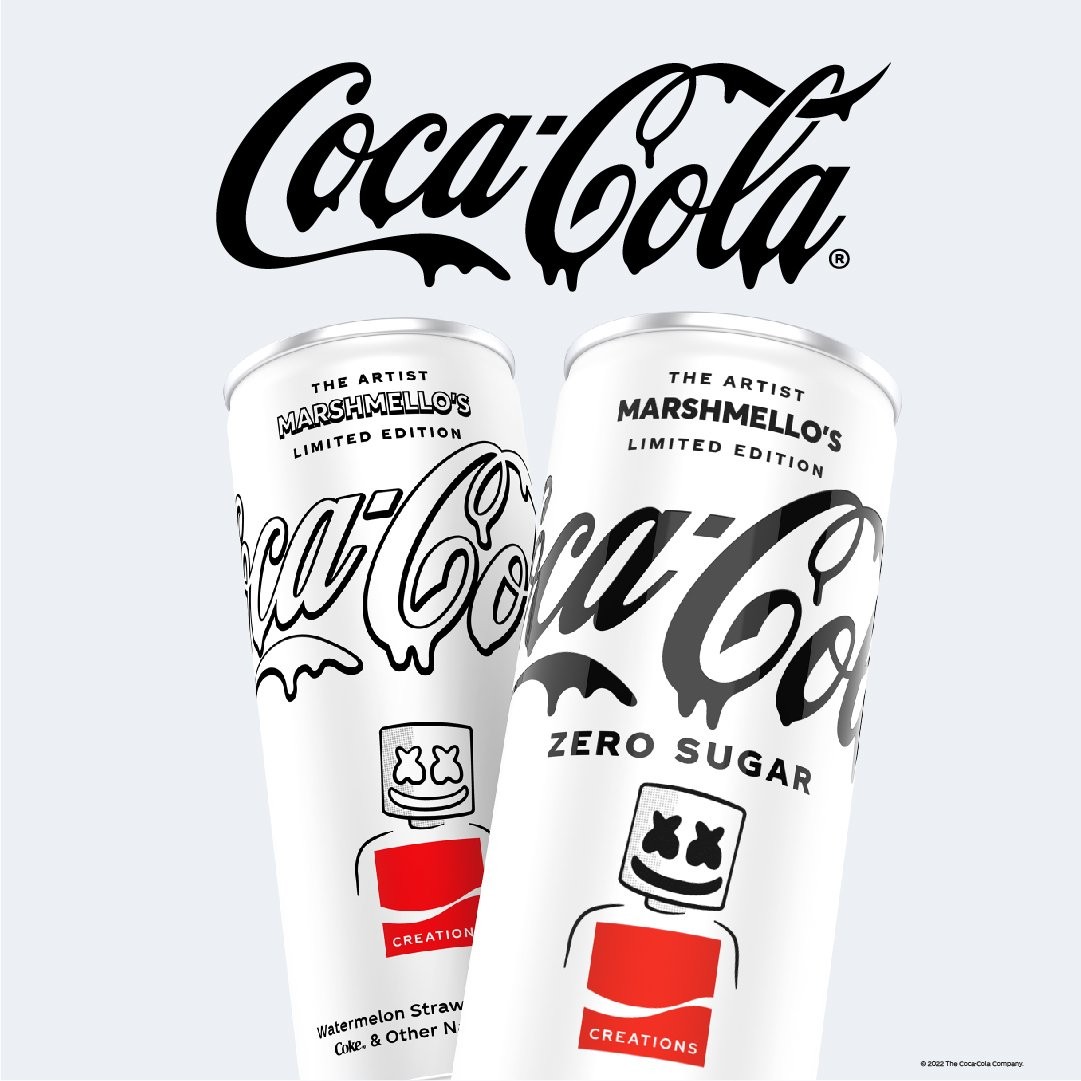 According to the press release, the development of the new flavor started last year when Coca-Cola welcomed the artist and his crew to Atlanta for a tour of the company’s archives and co-creation workshop. During the visit, the artist doodled on whiteboards with Coke creatives, experimented with tastes crafted by R&D flavor scientists, sipped through a custom-created straw to fit Marshmello’s trademark helmet, and brainstormed experiential concepts with brand and marketing teams.

“From the beginning, we wanted this to be a collaborative process that could come to life and feel authentic to both of our brands,” said Oana Vlad, Senior Director, Global Strategy, The Coca-Cola Company. “Everyone rolled up their sleeves and had a lot of fun… Marshmello is known as a connector of fans, so our values are aligned.”

When will Marshmello’s Limited Edition Coca-Cola come out?

The new flavor, which also comes in a zero-sugar variety, will be available for purchase starting July 11th in the United States for a limited time. It will then hit shelves in other countries later this summer.

On July 9th, ahead of its in-real-life launch, the new flavor will appear on Marshmello’s Twitch channel to give fans a chance to control the artist in a livestream gaming adventure and gain exclusive access to metamerch designed by Zepeto.

And beginning July 29th, those who have gotten their hands on a can of the new drink will be able to scan a QR code on the packaging that will direct them to the Coca-Cola Creation’s hub, where they can generate a unique piece of digital art while experiencing the feeling of listening to Marshmello’s new track, Numb.

Marshmello’s Limited Edition Coca-Cola is the brand’s first-ever beverage co-created with an artist. And since the company noted in the press release that more limited-edition flavors will reimagine Coca-Cola and Coca-Cola Zero Sugar over the course of the year and beyond, fans can expect more similar collaborations in the coming months. 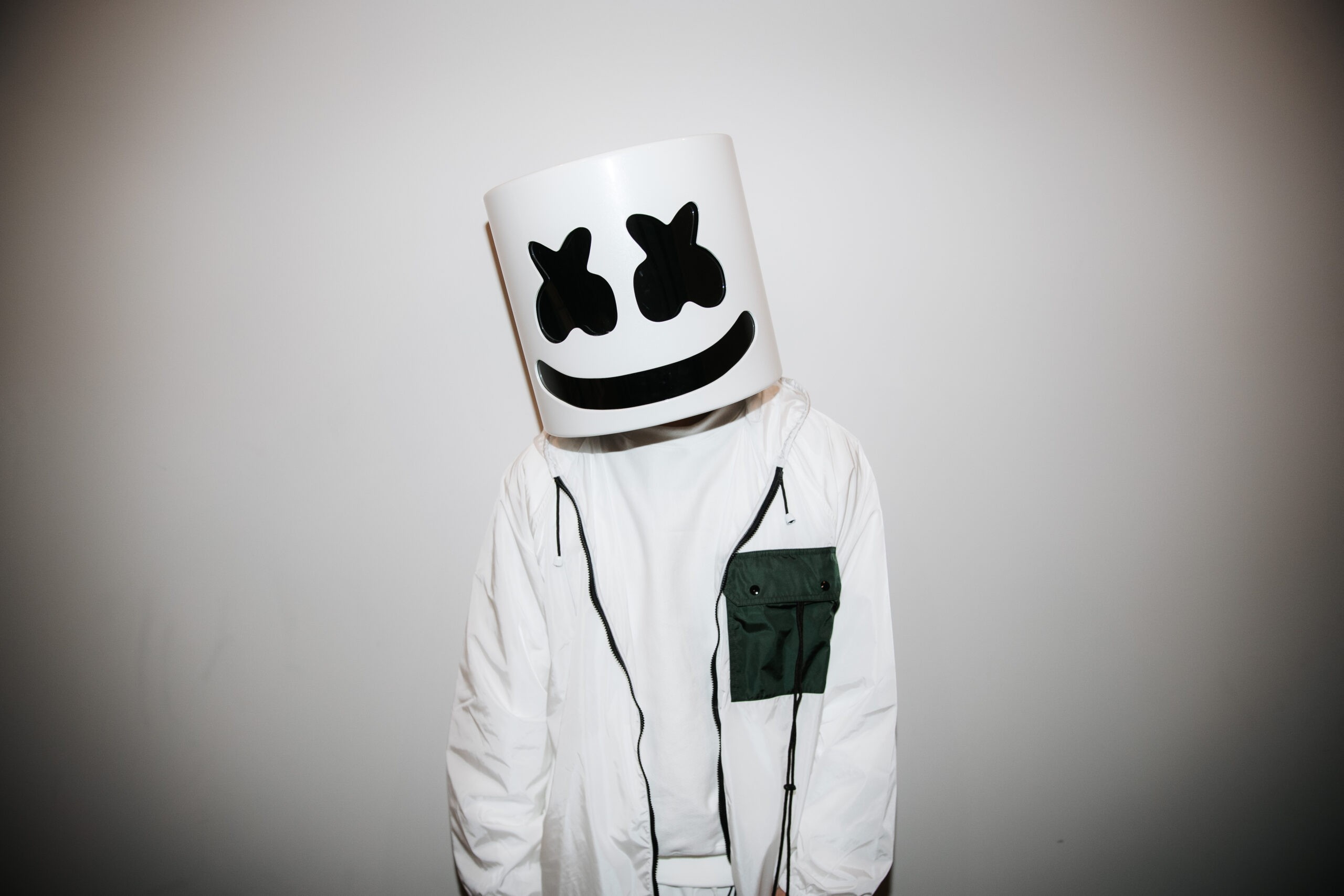 As mentioned above, Marshmello is a DJ and EDM producer. He is known for wearing a custom white helmet resembling a marshmallow for public appearances and in his music videos. Though his identity was initially a secret, Forbes confirmed in 2017 that he is Chris Comstock.

The artist’s signature musical style includes groove-oriented, synth, and bass-heavy electronic dance music. Some of his most popular songs are Silence, Wolves, Friends, Happier, and Alone. His album Shockwave was nominated for Best Dance/Electronic Album at the 2022 Grammy Awards.