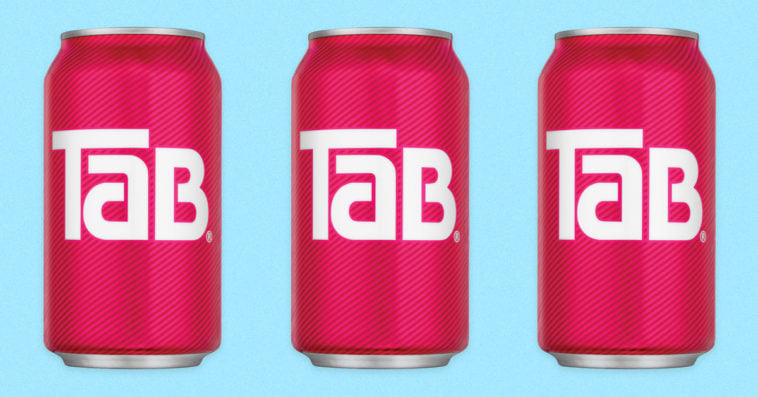 The beverage company announced on Friday that it will stop the production of its Tab soda brand by the end of the year, as it continues to trim back its product lineup to focus on popular drinks with more growth potential.

Launched in 1963, Tab was initially targeted to women with the promise that the saccharine-sweetened, zero-calorie soft drink would keep their waistlines slim. The brand reached the peak of its popularity in early 1980s when Coca-Cola released commercials with jingle proclaiming that Tab was “for beautiful people.” The drink’s popularity, however, began to fade when Diet Coke was introduced in 1982. By 2011, only three million cases of Tab were made, compared with 885 million cases of Diet Coke.

“If not for Tab, we wouldn’t have Diet Coke or Coke Zero Sugar. Tab did its job,” Kerri Kopp, group director for Diet Coke, Coca-Cola North America, said in the statement.”

Though Tab was ultimately succeeded by Diet Coke as Coca-Cola’s main diet soda brand, the company said that Tab has maintained a “small but loyal” number of fans in recent decades. In fact, when rumors circulated that Coca-Cola was planning to end Tab two years ago, the brand’s most ardent fans — aka the Tabaholics — signed petitions demanding the company to keep the product on the shelves.

This time, however, it’s really the end of the road for Tab, as Coca-Cola is retiring the brand, along with other underperforming products before 2021. Aside from Tab, other outgoing Coca-Cola brands include ZICO coconut water, Odwalla, Coca-Cola Life, Diet Coke Feisty Cherry, Sprite Lymonade, Northern Neck Ginger Ale, Delaware Punch, Vegitabeta, and Kuat.

Coca-Cola’s said that its plans to streamline its beverage offerings were “underway well before the coronavirus outbreak,” but disruptions in the supply chain and the changing behavior of consumers caused by the global health crisis have sped up the company’s efforts to cull its product lineup.

“We’re challenging ourselves to think differently about our brands to accelerate our transformation to a total beverage company,” said Coca-Cola global innovation head Cath Coetzer. “This isn’t about paring down to a specific number of product offerings under our brands. The objective is to drive impact and growth. It’s about continuing to follow the consumer and being very intentional in deciding which of our brands are most deserving of our investments and resources, and also taking the tough but important steps to identify those products that are losing relevance and therefore should exit the portfolio.”