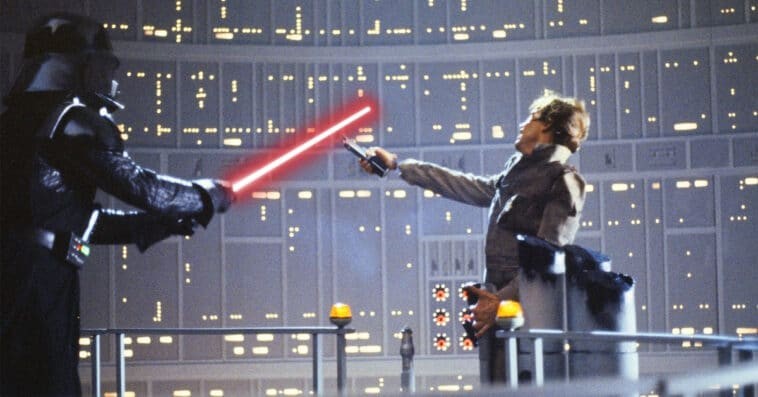 Almost all major moments in the Star Wars franchise are immortalized through various merchandise. But it appears that Star Wars actor Mark Hamill believes that not all iconic scenes from the epic space opera should be celebrated with figures, badges, and other collectibles.

Hamill, who plays Luke Skywalker in the Star Wars saga, recently took to Twitter to react to a number toys based on the iconic moment in 1980’s Star Wars: Empire Strikes Back where his character’s hand is cut off by Darth Vader. “Collectibles that commemorate a grievous bodily injury… what’s wrong with these people?!! Just say NO to #LukeDismembermentMerch,” wrote the actor.

Collectibles that commemorate a grievous bodily injury… what's wrong with these people?!!
Just say NO to #LukeDismembermentMerch. ?? pic.twitter.com/6jepT9kCTO

Hamill often jokes about Star Wars on Twitter, so it’s not clear whether he’s being serious with his recent tweet. But whatever the case is, his post has garnered different reactions from fans, with some agreeing with him.

Agreed, but can we all please have a good laugh and the dismembered luke hand that says for ages 4 and up!!?????WTF…who sat and thought ok for 4 yrs old but 3 yrs old is where we draw the line…????

AGREED!!! I remember seeing this scene in the movie theater when I was a kid and being very disturbed by it! ? @HamillHimself It’s so astute of you to recognize how messed up this merchandise is! One more reason to like you and value your opinion.?

I can understand collecting things for being weird, quirky, or just useful in weird ways reasons.

But I fail to see how these would come in Handy.
Thumbs down all the way to these hamfisted ploys for cash grabs.

Others, meanwhile, admitted that they’d be happy receiving such kind of merch. One fan even claimed that dismemberment in the Star Wars franchise is actually common, arguing that there shouldn’t be a problem with toys commemorating Luke’s hand dismemberment.

I just imagine how much fun I would have had on Christmas at 5 years old with a “Luke’s Severed Hand” action figure. Sadly my parents never bought it for me. I haven’t forgiven them to this day.? pic.twitter.com/yimbvBOEYU

this is so iconic, sorry mark but i will have to say YES

At least the first six movies all included a scene where some one is dismembered by a lightsaber. A hand, an arm, a head, a lower half, legs…. There is always at least one. The entire franchise is a celebration of grievous bodily injury.

Hamill last reprised his role as Luke in 2019’s Star Wars: The Rise of Skywalker. The final film of the Star Wars sequel trilogy and the ninth instalment overall in the Star Wars saga saw Luke appear as a Force ghost, handing Rey the lightsaber that once belonged to Leia. The Force ghost Luke also gives Rey some pieces of advice on how she could fully embrace the Force and defeat the resurrected Emperor Palpatine.

Though Hamill himself has not been seen in the franchise since then, his likeness was used in the season 2 finale of Disney+’s The Mandalorian, which saw the return of a younger Luke Skywalker. In the final minutes of the season-ender, Luke takes Grogu from Din Djarin to train him in the ways of the Force. It is not clear if that version of Luke will return in the third season of the series.