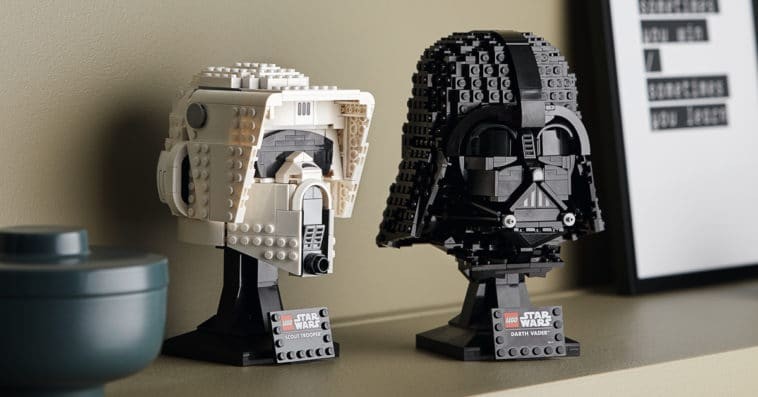 LEGO has added two new construction sets to its fan-favorite Star Wars helmet collection a few weeks before this year’s Star Wars Day on May 4th.

Designed for adults and experienced builders, those two new additions are the Darth Vader Helmet and the Scout Trooper Helmet.

With a total of 834 LEGO pieces, the Darth Vader Helmet captures the sinister look of the iconic Star Wars villain. Measuring over 8 inches high, 5.5 inches wide, and 5.5 inches deep, this model makes an impressive display piece. It also comes with a nameplate and a stand that makes it easier to display at home or the office.

The Scout Trooper Helmet, meanwhile, is a 471-piece set that makes a perfect gift for any Star Wars fan. A little smaller than the Darth Vader Helmet, the Scout Trooper Helmet measures over 7 inches high, 4.5 inches wide, and 4.5 inches deep. Though the model doesn’t take up much space, its striking look is sure to catch the eye of every passerby.

Both the Darth Vader Helmet and the Scout Trooper Helmet are now available for preorder on LEGO.com with shipping slated for April 26th. The bust-style construction sets are priced at $69.99 and $49.99. respectively. 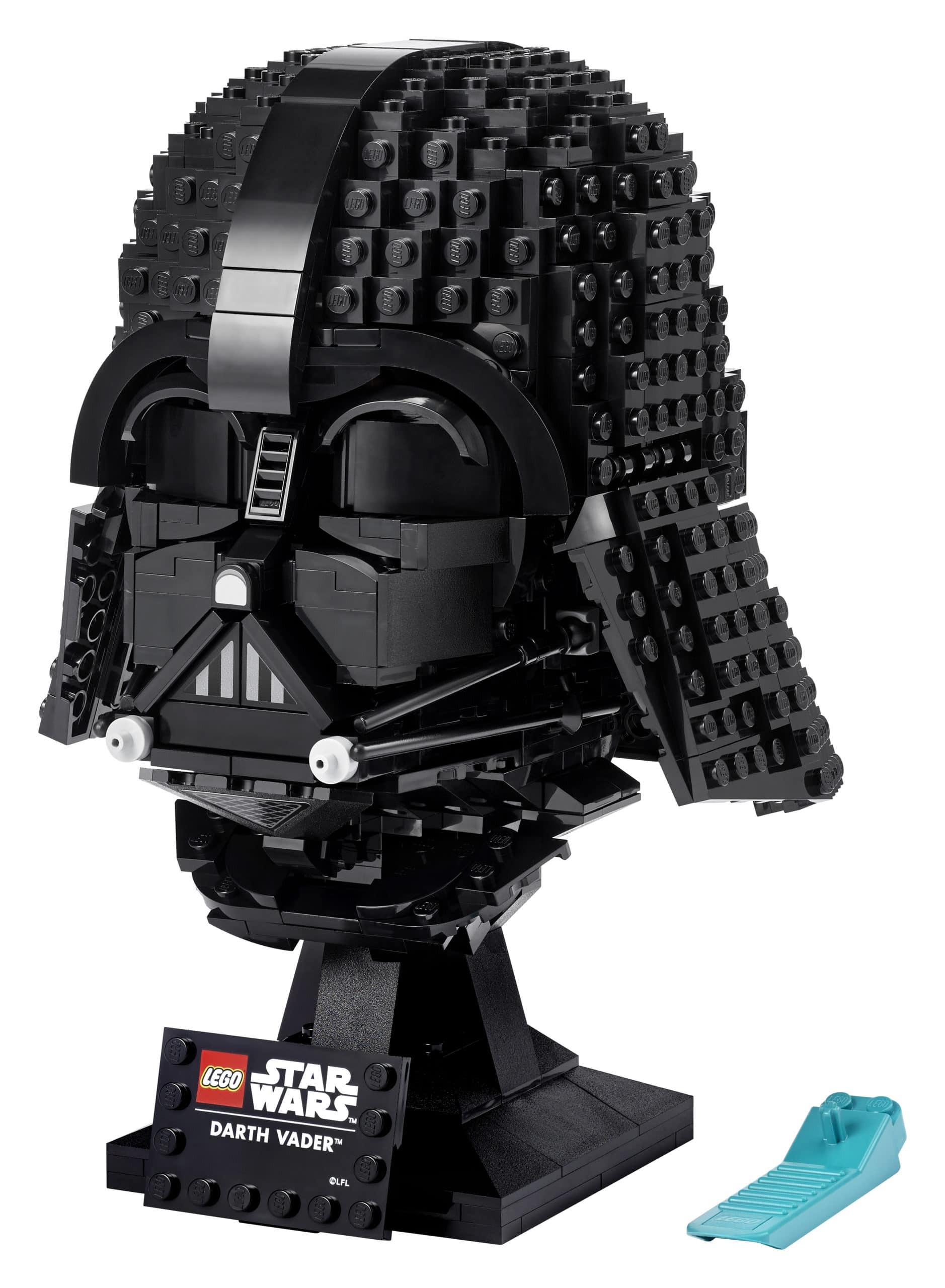 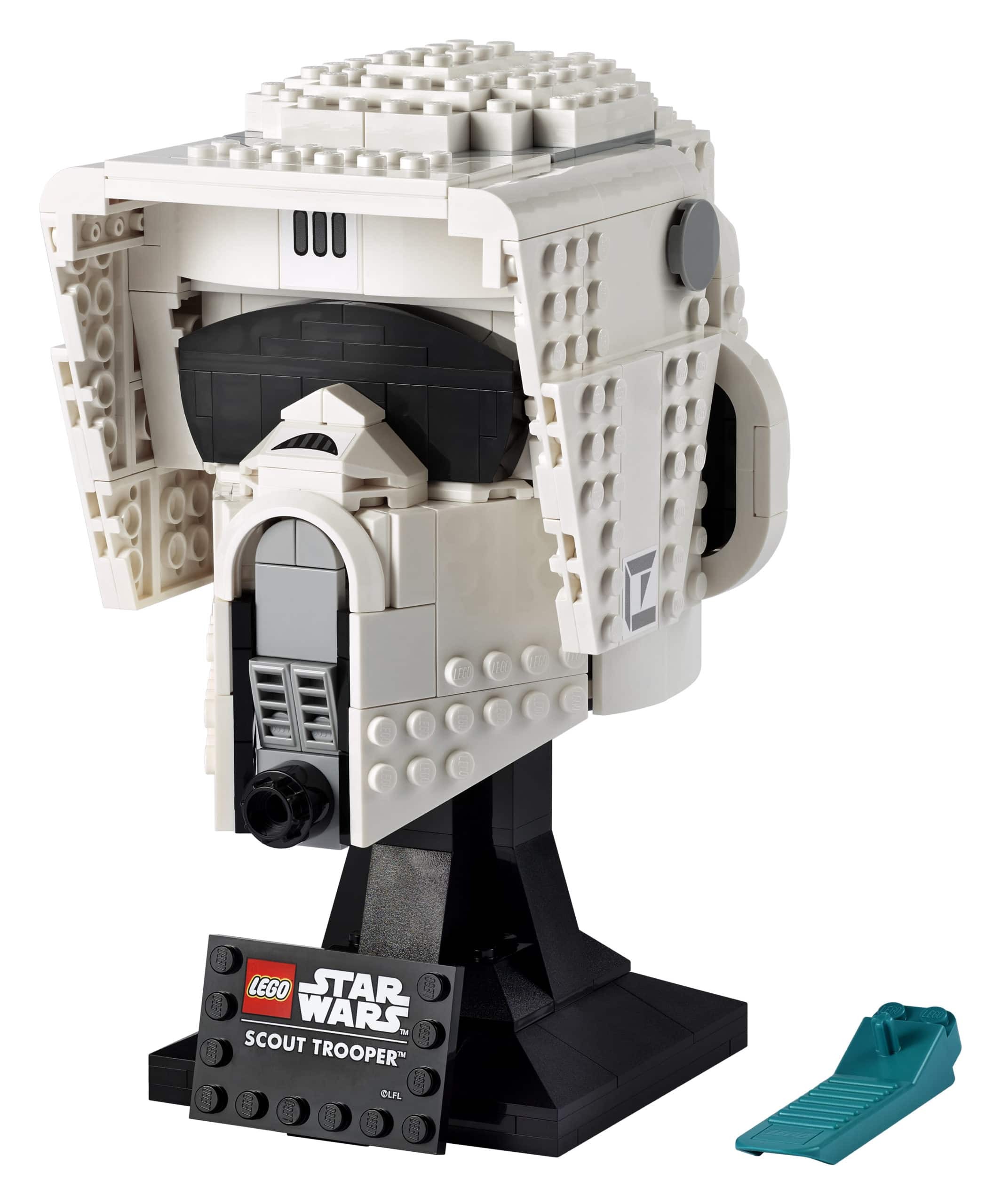 In addition to the two new helmet models, LEGO has also unveiled the Imperial Probe Droid, which is a 638-piece set that lets adult builders recreate scenes from Star Wars: The Empire Strikes Back on the ice planet Hoth with the unique droid. The figure features posable legs and comes with a transparent, brick-built pole to “suspend” it above a buildable snowy scene. The Imperial Probe Droid is now available for preorder on LEGO.com for $59.99 with shipping slated for April 26th. 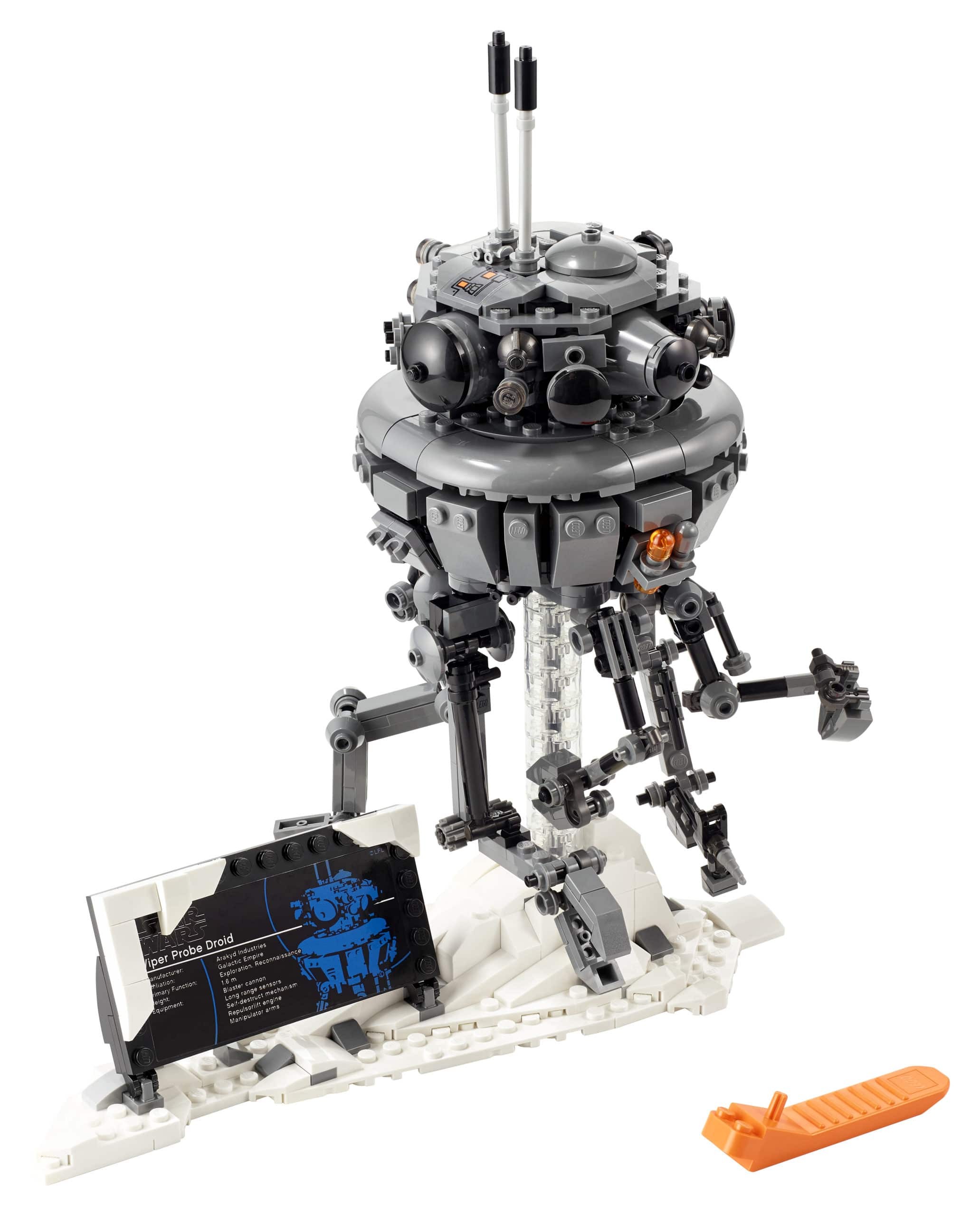 For ages 4 and up, the Resistance X-Wing is a simple-to-build version of the starfighter from Star Wars: The Force Awakens, which has wings that fold out for flight and in for landing. The 60-piece set includes a Poe Dameron minifigure and a BB-8 droid figure, which both fit in the X-wing’s opening cockpit. The set is now available for backorder on LEGO.com for $19.99 with shipping slated for April 15th. 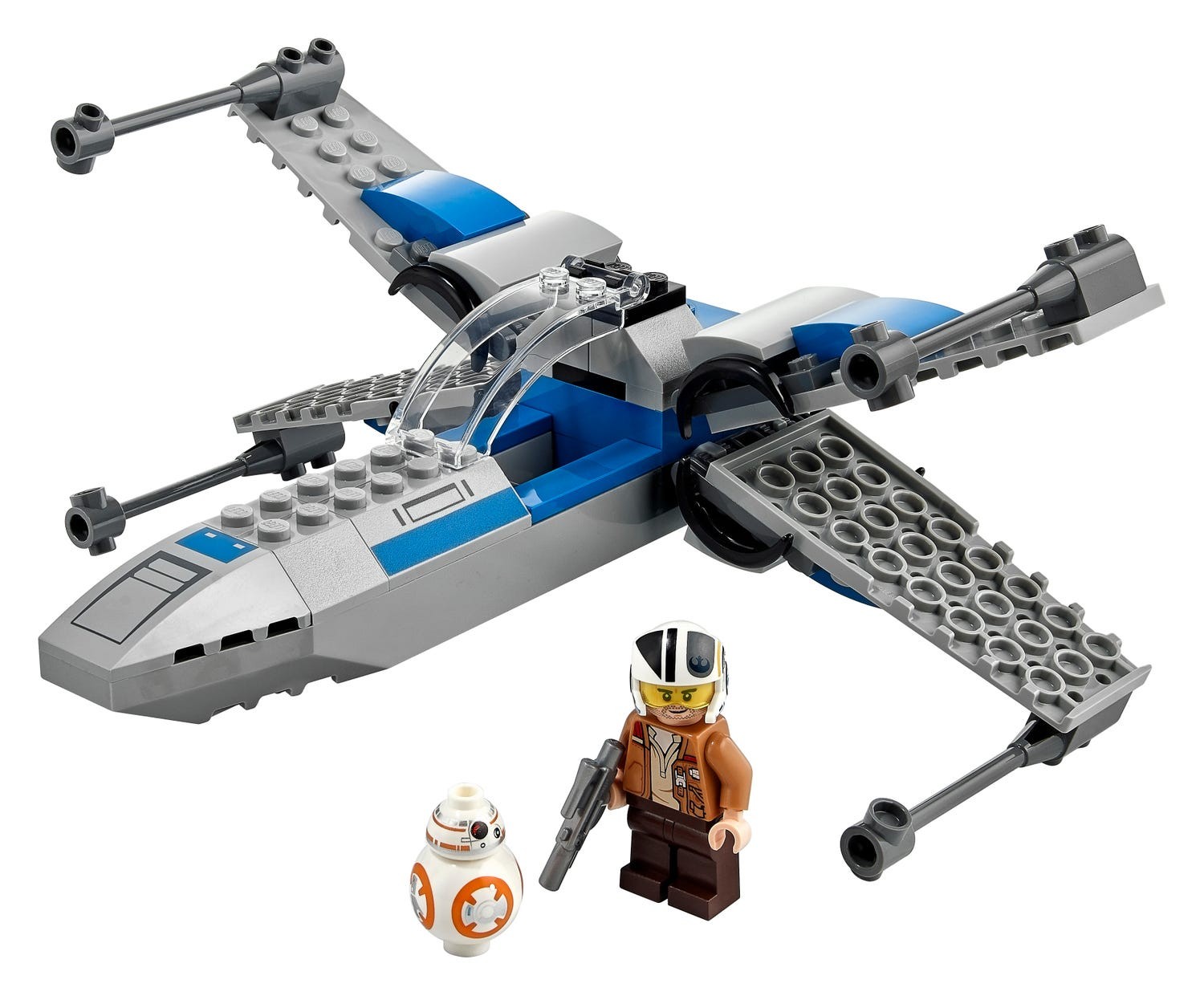 Lastly, the Imperial TIE Fighter is a 432-piece set that allows kids to build their own brick version of the iconic Imperial TIE Fighter and reimagine scenes from the classic Star Wars trilogy. It includes a TIE fighter pilot minifigure with a blaster pistol, a Stormtrooper minifigure with a blaster, and an NI-L8 Protocol Droid LEGO figure. The toy, which is designed for 8 years old and older, is now available to purchase on LEGO.com for $39.99. 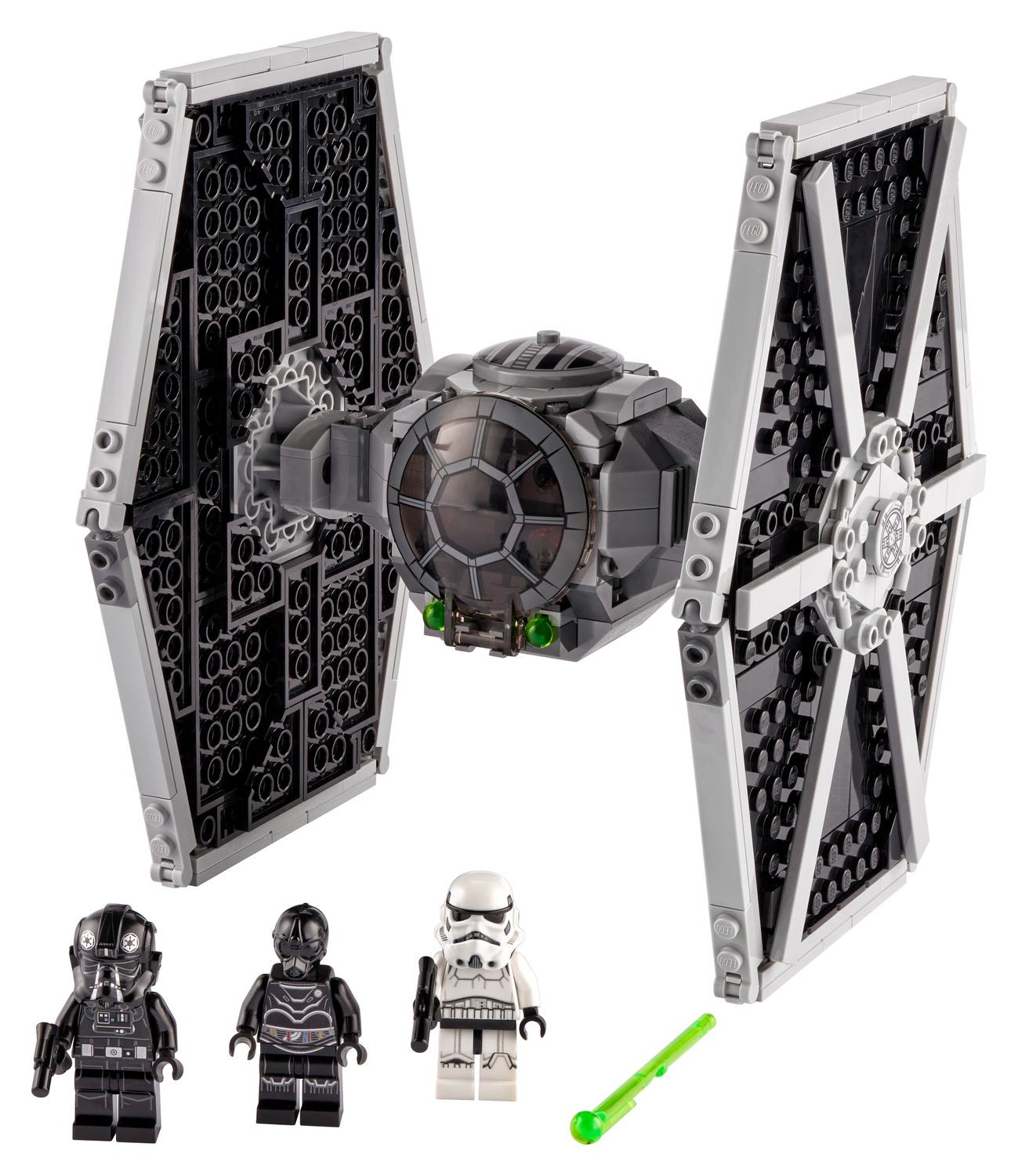 Buy from LEGO.com
If you buy something from a GEEKSPIN link, we may earn a commission