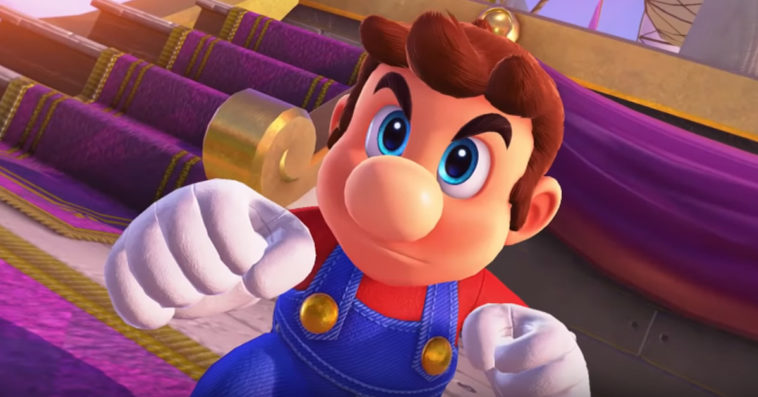 Have you ever wondered what Mario would look like without his mustache? While there have been lots of fan art depicting the Nintendo mascot without his iconic cookie duster, none of those looks more legit than the below Super Mario Odyssey walkthrough that features a mustache-less Mario.

This 17-minute video, which was uploaded by ProsafiaGaming on YouTube over the weekend, used a mod that completely removes Mario’s mustache. Though the mod was uploaded by its creator SlashSMC on GameBanana two months ago, it just started to get some attention after ProsafiaGaming published the Super Mario Odyssey clip.

In an affront to both god and Miyamoto, a new Super Mario Odyssey mod removes the plumber’s mustache https://t.co/oTq0IIJF9F pic.twitter.com/iQAMAZom9J

Mario has been sporting a mustache ever since his first appearance in the 1981 arcade game Donkey Kong, so most fans, as expected, find the character’s clean-shaven look weird and a bit disturbing.

No shit. I’ve had a beard for two years and would look weird as hell without it. The guy’s come with a moustache for over 30 years at this point, of course he doesn’t look right.

But there are also some fans who think that the Italian plumber doesn’t really look bad without his signature facial hair.

Ya know what? He cleans up nicely. Show some respect Polygon…

Mario doesn’t look too bad sans mustache once you get past the initial shock.

But because Mario’s mustache is as iconic as his cap and overalls, a number of fans pointed out that a mustache-less Mario is an entirely different character. For instance, a few fans say that the clean-shaven Mario looks a lot like Fix-It Felix, Jr. from the Wreck-it-Ralph franchise.

While fans are generally disgusted by Mario’s mustache-less appearance, many think that it’s still better than Superman’s terrible mustache-free CGI mouth in the 2017 movie Justice League.

Also, some fans think that Mario arguably looks closer to his actual age without his mustache. Back in 2005, creator Shigeru Miyamoto said in an interview that Mario is around 24 or 25 years old.