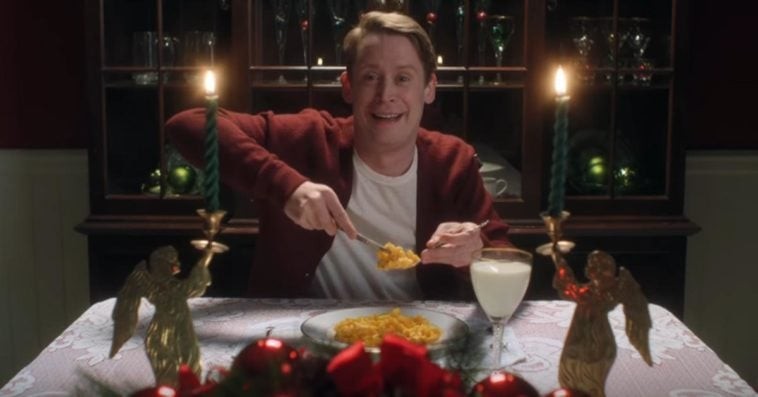 Have you ever wondered what Kevin McCallister has been up to after all this time? If you have, then wonder no more. Google has just released a new ad for Google Assistant and it sees Macaulay Culkin reprising his popular Home Alone role 28 years after the movie was released.

Titled Home Alone Again with the Google Assistant, the minute-long video starts with an all grown up Kevin looking for his mom and dad. Curious about where his parents are, Kevin uses their Google Home Hub and asks Google for his schedule for the day. When Google Assistant answers that Kevin has one event called “House to yourself,” the ad sets off a series of scenes inspired by the 1990 holiday movie.

We see Kevin telling Google through his Google Pixel phone to add aftershave to his shopping list. He also asks Google through their Google Home Mini to remind him to change the sheets of his bed while he’s jumping on it with his shoes on just like the old times.

Still using their Google Home Hub, Kevin also pranks the pizza delivery guy with the memorable “Keep the change, ya filthy animal” gag and even asks Google to turn down the temperature inside the house.

Giving the Wet Bandits a zero chance of getting inside the house, Culkin’s alter ego initiates what he calls as “Operation Kevin” — a series of home security commands that automatically activates the front door’s smart lock, turns on the lights, and moves around a cardboard cutout of Kevin Durant on a Roomba .

In a behind-the-scenes look at the making of the ad, Culkin reveals that it’s exciting for him to re-create some of the iconic scenes from Home Alone. “It was interesting going back and doing a lot of this stuff,” the 38-year-old actor says. “They did a very good job on the set decoration and the props. And all the shots were really spot on. I’m hoping that people are really going to dig it.”

Along with the ad, Google has temporarily added a number of Home Alone-themed integrations to Google Assistant which will prompt quotes from the film. For instance, when you ask “Hey Google, did I forget something?” Google will play the film’s “KEVINNNNNNNNNN” scream in response.

Though there’s currently no Home Alone sequel in the works, an R-rated film inspired by the Christmas comedy film is in development at Fox. Tentatively called Stoned Alone, the movie will focus on a twenty-something weed growing loser who misses the plane for his holiday ski trip. But instead of getting down about the situation, he makes the best of things by getting high. The weed growing loser will be played by Deadpool star Ryan Reynolds.