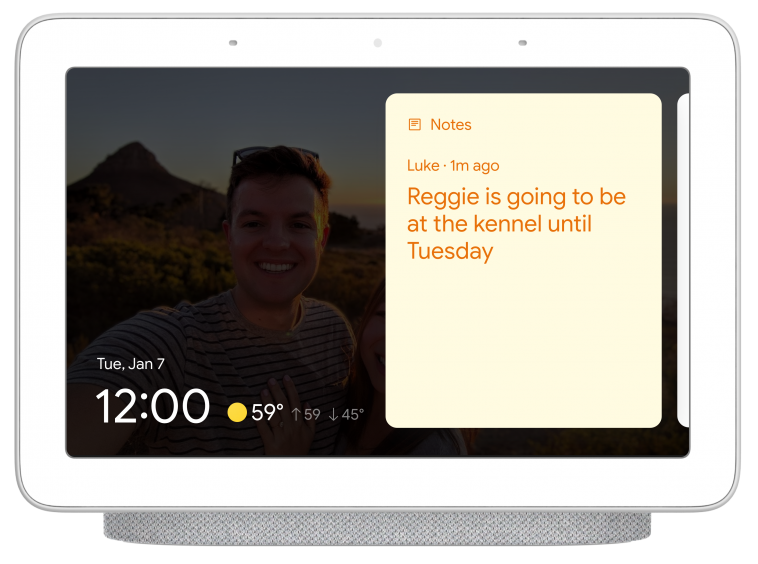 We’re well into the era of the home operating system, with voice-controlled digital assistants like Alexa and the Google Assistant plugged into all manner of home devices and appliances. It’s just a matter of filling in the gaps at this point, and Google filled in a big one at CES 2020 today, announcing the ability to schedule future actions using Google Assistant. It’s one of many new features Google revealed this morning.

With scheduled actions, it’s possible to tell the Google Assistant to get coffee started around the time you wake up before going to bed at night, for example. It’s still done using natural language, so the feature fits in well with how most people already use the Assistant — many recent adopters might find it’s a feature they assumed Assistant already had. Like always with Google Assistant, you’ll want a coffee maker with Google Assistant integration to make this as no-fuss as possible, but Google made sure to talk up the nearly countless number of such smart devices coming this year, on top of what’s already out on the market.

For families or apartments with roommates, the Assistant is getting sticky notes. They’re virtual notes that show up on shared screens throughout the home, allowing family members or roommates to pass hopefully not passive aggressive reminders to each other. They’re probably going to be passive aggressive, a lot.

There were some other gems in the presentation. We found out Google Assistant doesn’t need a water break when talking a lot — one of the presenters demonstrated the Assistant’s ability to read longer articles aloud, for that early morning news fix while you’re busy in the kitchen. More intriguing was what followed — a French translation read aloud. Google was careful to note that this feature is still in development, so don’t expect miracles yet. Still, nice to know you’ll be able to hear local news stories from countries where you might have friends or family translated in the near future.

And then there were the privacy features, which seemed maybe more like (to Google) features designed to help assure the faithful that Google isn’t spying on you 24/7. The best one has to be the ability to say “Hey Google, that wasn’t for you” — Google will delete the last thing you said before that command (might want to make use of that!). During the presentation, Google representatives also assured the crowd that audio is only recorded and sent to Google once the Assistant has been activated with a “Hey Google,” but they’ve also added features that allow users to ask the Assistant if it’s recording something, or to explain Google’s data retention policies. That’s in addition to older features that allow users to delete recorded audio over longer spans of time, like deleting everything you’ve said to the Assistant over the past month. It sounds like the stated policy is being brought in line with how good old Google search works — Google stores your search history, but gives you tools to clear all that history out if you want to.

Not all of these features will be available immediately, so we’ll have to watch out for Assistant updates throughout 2020 to see when we’ll finally get to tell Google Assistant to mind its own business!