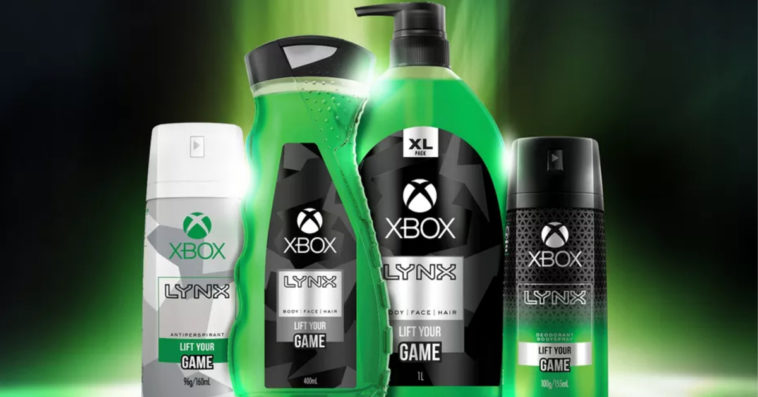 A week before the highly anticipated E3 2019, Microsoft made a product announcement that surprised a lot of fans. It’s not a new game or a console, but a range of Xbox-themed personal care products that include body spray, deodorant, and shower gel.

Called Lynx Xbox, this line of male grooming products is a collaboration between Microsoft and Lynx, which is known as Axe in the U.S.

Xbox Lynx will start to roll out in grocery stores and pharmacies across Australia and New Zealand in July. It’s unclear, however, whether these products will eventually be released in the U.S. and in other parts of the world.

“We see Xbox fans achieve incredible things every day, and we wanted to celebrate that elevated skill, passion and determination by creating something truly special,” said Tania Chee, business group lead for Xbox Australia and New Zealand, in a statement. “Now, powering up can be as simple as a quick spray before you head out the door.”

While releasing a line of personal care products is obviously outside of Microsoft’s tech and gaming territory, Polygon pointed out that the introduction of Lynx Xbox to the market is part of Microsoft’s overall plan to become a lifestyle brand, with gamers integrating the brand into aspects of their life beyond the couch.