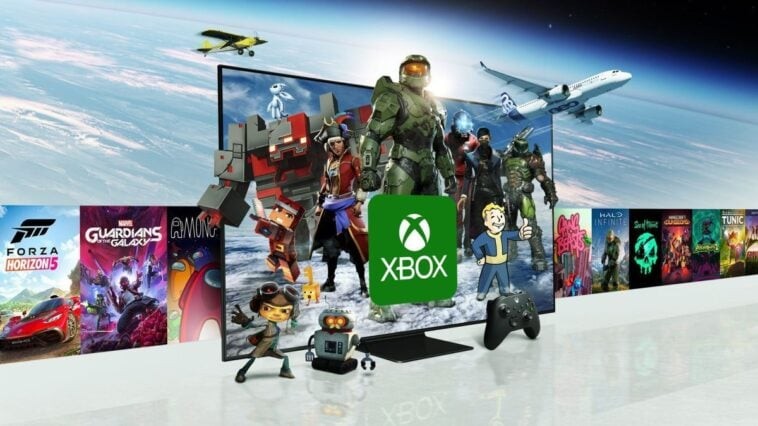 With the Xbox & Bethesda Games Showcase just around the corner (where the video gaming platform will reveal its lineup of new games), Xbox recently divulged a few key details with respect to updates regarding these games.

The primary theme of the showcase is the expansion of the Xbox platform and its services being extended to more mediums, including Samsung Smart TVs, as well as unlocking more options for gamers within its various customization features.

Samsung Smart TVs powered by the Xbox app will allow users to enjoy cloud-enabled games, in an experience that Xbox describes as seamless. This also means that titles on the Game Pass Ultimate Library are accessible by default. This feature will be available by the end of June 2022.

To test the viability of Xbox Cloud Gaming in other countries, Xbox has made an initial beta test phase available in Argentina and New Zealand. It would come as no surprise that Fortnite has been included as one of the games users can play for free and without the need for a membership.

What updates can gamers look forward to?

As part of Xbox’s endeavor to provide Microsoft users with better gaming experiences, the gaming company has made several changes to Windows 11 which we will find out more about during the upcoming Xbox & Bethesda Games Showcase.

Some of these updates aim to optimize windowed gaming by including new Xbox features like auto HDR and Variable Refresh Rate (VRR). There’s going to be a dedicated Microsoft Edge-based gaming info hub added to the mix as well.

There is even a Controller bar, which can intuitively provide (currently played) game lists and convenient shortcuts to various Xbox game features without the need for a keyboard or mouse.

Xbox Design Lab has a more expansive and larger audience with added personalization features so that users can “better express themselves”.

Now that the gaming community is all set for the Xbox & Bethesda Games Showcase this June 12, Here’s to hoping the showcase lives up to all the hype.