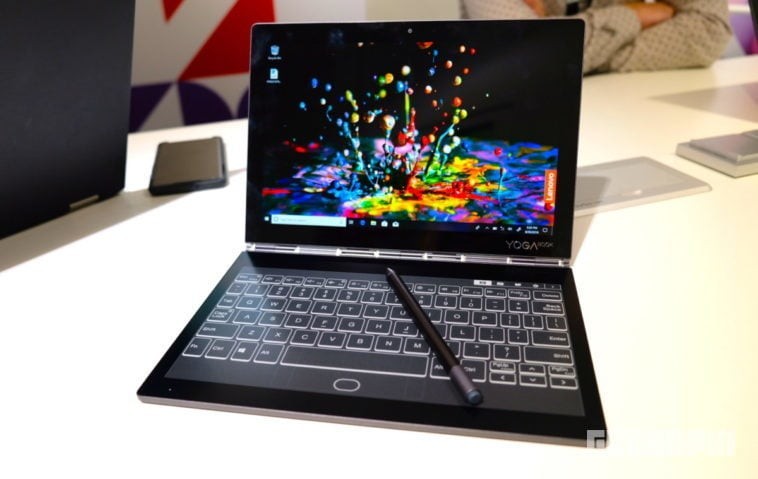 Remember the Lenovo Yoga Book? The ultra-thin 2-in-1 was one of the shining stars at IFA two years ago. Today at IFA in Berlin, Lenovo has announced the update to the Yoga Book, the new Yoga Book C930, and it is the world’s first dual display laptop with E-Ink.

This time around Lenovo has scrapped the option for an Android model altogether, and they are just offering a Windows 10 model. The display size has been slightly increased from 10.1” to a 10.8” QHD LCD IPS touchscreen with an improved 2560×1600 resolution.

The second display has been replaced with a super neat 10.8” E-Ink touchscreen display that sports an FHD (1920×1080) resolution. This second display can be used as a keyboard, a digital sketchpad, or as an ebook reader, which all make the device that much more versatile. The E-Ink display itself is quite good and can be used as an eBook reader and it is high-res enough to even handle magazines. The device also comes with a Wacom Active Pen with support for 4096 levels of pressure.

Battery life on the Yoga Book is supposed to be up to 8.6 hours and it charges via USB-C.

Pricing for the Lenovo Yoga Book C930 will start at $999 and it will be available in October.