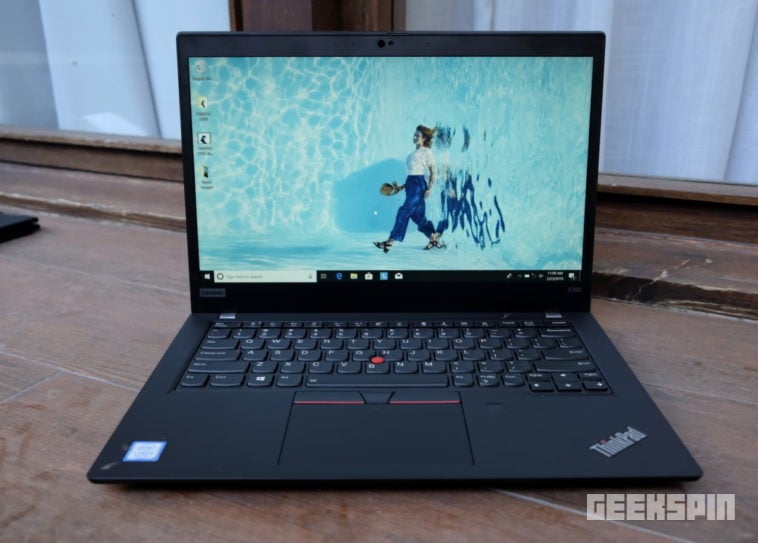 Every year it seems like the ThinkPad gets impossibly smaller and lighter, and 2019 is turning out to be no different. Today at Mobile World Congress, Lenovo unveiled the ThinkPad X390 which weighs just 2.6 lbs. All in all, it’s 12% thinner and 5% lighter than its predecessor.

Despite weighing a paltry 2.2 lbs, the ThinkPad X390 manages to pack a 13.3-inch display inside of a laptop with a 12-inch body. On the display front, the system comes rocking 50% thinner bezels than its predecessor, with a FHD 300nit touch panel, or you can opt for a 400nit Privacy Guard non-touch panel.

The privacy-focused ThinkPad X390 is one of the first laptops to come with Lenovo’s neat ThinkPad PrivacyGuard and PrivacyAlert software which alerts you when someone is peering over into your screen. Its Hybrid HD web camera also features the ThinkShutter for webcam security.

When it comes to connectivity, the ThinkPad X390 comes with Intel’s Wi-Fi 6 Gig+, along with Global LTE support.

Battery life is claimed to be a whopping 17.6 hours.

In addition to the X390, Lenovo has also unveiled an update to the ThinkPad X390 Yoga. This 2-in-1 weighs just under 3lbs and is 12% thinner than its processor, and 5% lighter, with 16% thinner display bezels.

READ  Powerbeats Pro vs AirPods - which wireless earbuds should you get?

For those looking for serious performance with a bigger display option, the new ThinkPad T490 (14-inch) and T590 (15-inch) are the way to go.

The ThinkPad T490 offers 8th gen Intel Core vPro i7 processors that can be configured alongside a NVIDIA GeForce MX250 graphics card and up to 48GB of DDR4 RAM! The displays can be configured with a WQHD IPS 500nit HDR display with Dolby Vision. And despite all the raw power that the T490 offers, it weighs just 3.23 lbs, making it 11% lighter than predecessor. The T590 weighs in at a similarly impressive 3.87 lbs.