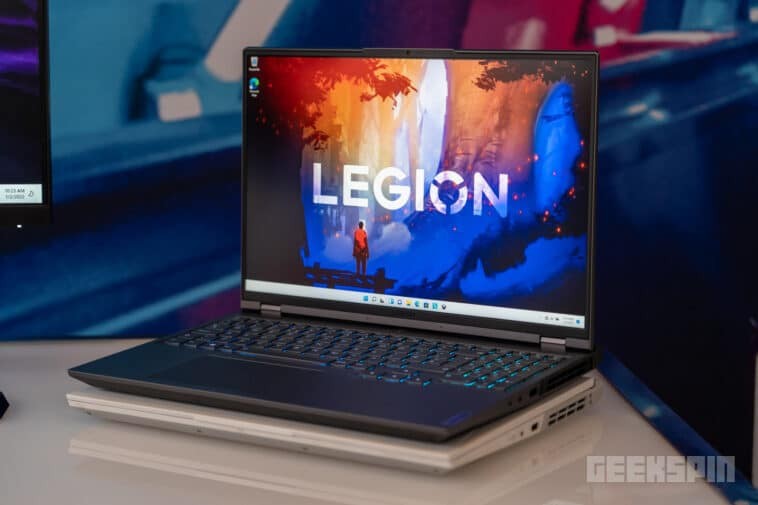 Lenovo has given us a look at their 2022 gaming plans during CES 2022, and we’re liking what we’re seeing so far. Their Legion line of machines bears the gaming torch, including the flagship Lenovo Legion 5 Pro gaming laptop. It’s getting the expected refresh this year, and it doesn’t just look prettier — we’ve also got our eyes on better display tech and some handy new software.

We’re talking about four laptops in all — the Legion 5 Pro, Legion 5i Pro, Legion 5, and Legion 5i. Figuring out which one you want is straightforward enough — the i models come with Intel Core processors, while the non-i models are powered by AMD Ryzen chips. The Pro models are the most stacked in terms of specs, with the non-pro models being the more entry-level models, although as gaming laptops, they still pack a punch.

Starting with the Lenovo Legion 5 Pro series, the first thing we’re noticing is the refresh rate on the displays — the previous generation maxed out at 165Hz, but this year, we’re looking at a 16″ WQHD+ display with an up to 240Hz adaptive refresh rate. Lenovo says that’s a first on a laptop of this size.

No surprises in terms of processing power — either up to a 12th Gen Intel Core i7 or next-gen AMD Ryzen processor with Nvidia GeForce RTX 30 series laptop GPUs, plus support for 4800Mhz DDR5 memory. For storage that can be read quickly, the Legion 5 Pro laptops can be configured with up to a 1TB PCIe SSD. An 80Whr battery is on board with Super Rapid Charge that can charge up to 80% in just 30 minutes. Additionally, it supports USB Type-C charging up to 135W and offers smart battery optimization with Intelligent Mode.

Needless to say, that’s a lot of heat. Fortunately, with Legion Coldfront 4.0, there’s an updated fan system, larger exhaust area, and improved heat pipe layout that improve the laptops’ cooling systems. A copper block under the CPU acts as a heat sink, and the new fan blades are now slimmer and quieter. 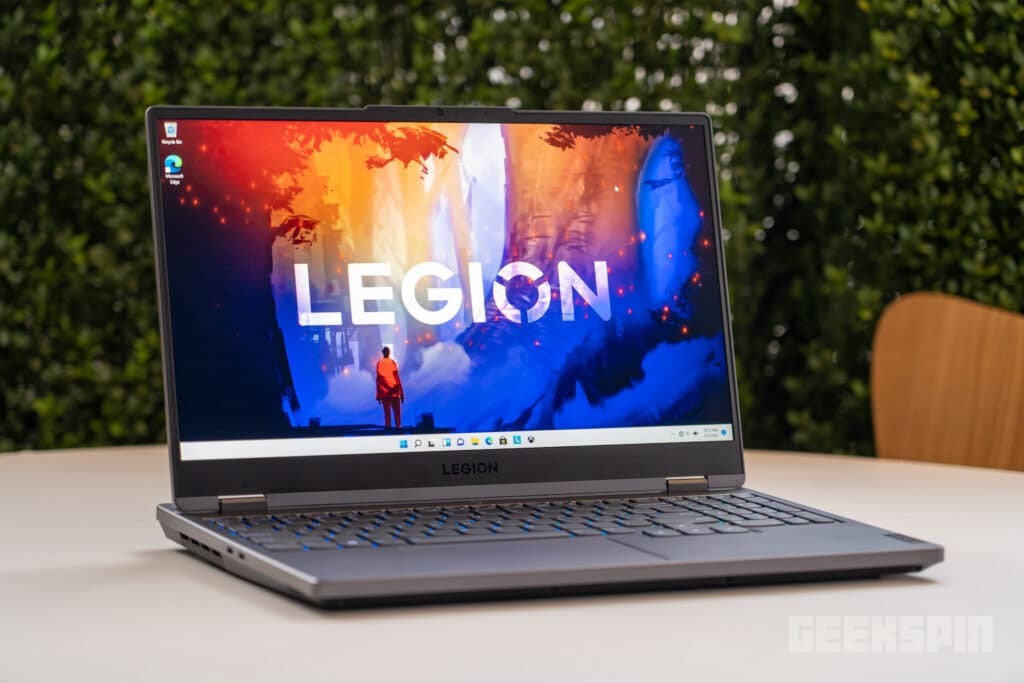 Besides the refresh rate making it even better for fast-action games, displays for both are IPS panels fitted with all the trimmings — 100 percent sRGB color gamut, 3ms response time, VESA Display HDR 500 certification, Dolby Vision, and up to 500 nits of brightness. Screen tearing is also reduced thanks to NVIDIA G-Sync. Those displays are also Eyesafe certified, cutting down on sleep-wrecking blue light. Lenovo is capping it all off with their own custom tuning software, Lenovo Vantage, that can adjust settings for optimal performance across different games.

Lenovo is continuing their partnership with Microsoft to offer Xbox Game Pass Ultimate, including EA Play, free for three months. Maybe more interesting is Legion Arena, new software that aggregates games purchased on different storefronts. Basically, if you have a bunch of games from Steam and the Epic Store, Legion Arena will throw them in one spot that makes it easier to find and start them. It’s the little things!

While appearance might not be too high up on the priority list here, it’s worth mentioning that Lenovo has continued with the welcome trend of trying to not make gamer stuff look so much like gamer stuff. The sleek aluminum look is back with an even more aggressive turn towards minimalism, with a lot of details gone and Legion printed plainly and cleanly up top. Looks classy, but if you need the RGB bad, we’ve still got Legion Spectrum RGB lighting on the keyboard. Speaking of the keyboard, Lenovo says their TrueStrike keyboard has gotten even faster and more responsive, so I guess we have one less thing to blame when we take an L.