The ThinkPad is turning 30 this year — three decades of that little red dot, and three decades of success in offices around the globe (and beyond!). Of course, fewer and fewer of us were working in offices even before the pandemic — to match the times, we’ve seen lighter and lighter laptops, including ThinkPads. The new Lenovo ThinkPad Z Series is certainly part of that new tradition, but the new machines Lenovo is showing off during CES 2022 have a few more features added with a glance at the next 30 years.

Here’s the first little sign of the times — it’s all AMD with the ThinkPad Z Series. The series, which for now includes the 13.3″ Z13 and the 16″ Z16, will run on next-gen AMD Ryzen Pro processors (up to the 8-core R9 Pro on the Z16 and up to the 8-core Ry Pro Z on the Z13). The Z13 will use integrated AMD Radeon graphics, while the Z16 will have a discrete AMD Radeon RX 6500M GPU available as an option.

Both are going to be pretty light at 2.78 pounds and 4.3 pounds, and both will give a nod to sustainability, using black vegan leather on the exterior and recycled aluminum in the case. Durability is also no question as both are tested to MIL-Spec 810H standards. It’ll even be boxed up in more eco-friendly materials, with packaging made of compostable bamboo and sugarcane waste. Pretty nice package all around, although that recycled vegan leather exterior will only be available on one colorway of the Z13. 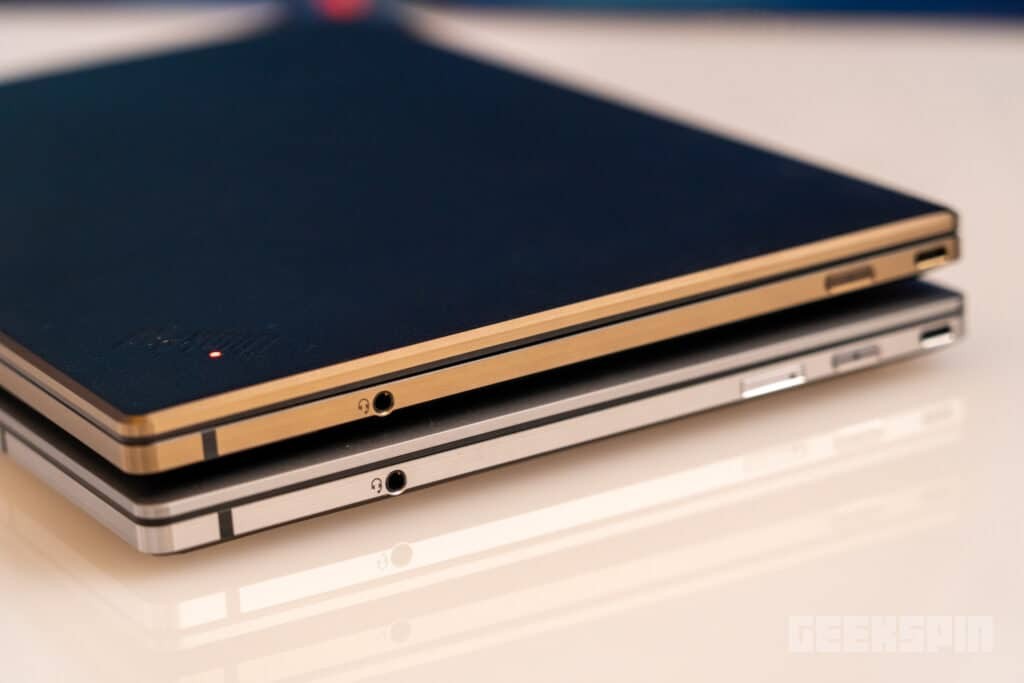 Lots to like on the displays, too. The ThinkPad Z Series devices offer the highest screen-to-body ratio among ThinkPads with 91.6% for the Z13 and 92.3% for the Z16. The ultra-narrow bezels enable a 16:10 aspect ratio. The Z13 offers a 2.8K touch-enabled OLED screen while the Z16 offers up to 4K OLED, both with support for Dolby Vision. That’s complemented by user-facing speakers with Dolby Atmos audio.

The ThinkPad Z Series laptops also feature a communications bar equipped with an FHD webcam with large sensor and dual-array microphones. The TrackPoint naturally returns, and now can be used to launch the Communication QuickMenu by double-tapping. This will offer common settings for camera and microphones for quick adjustment and tweaking. 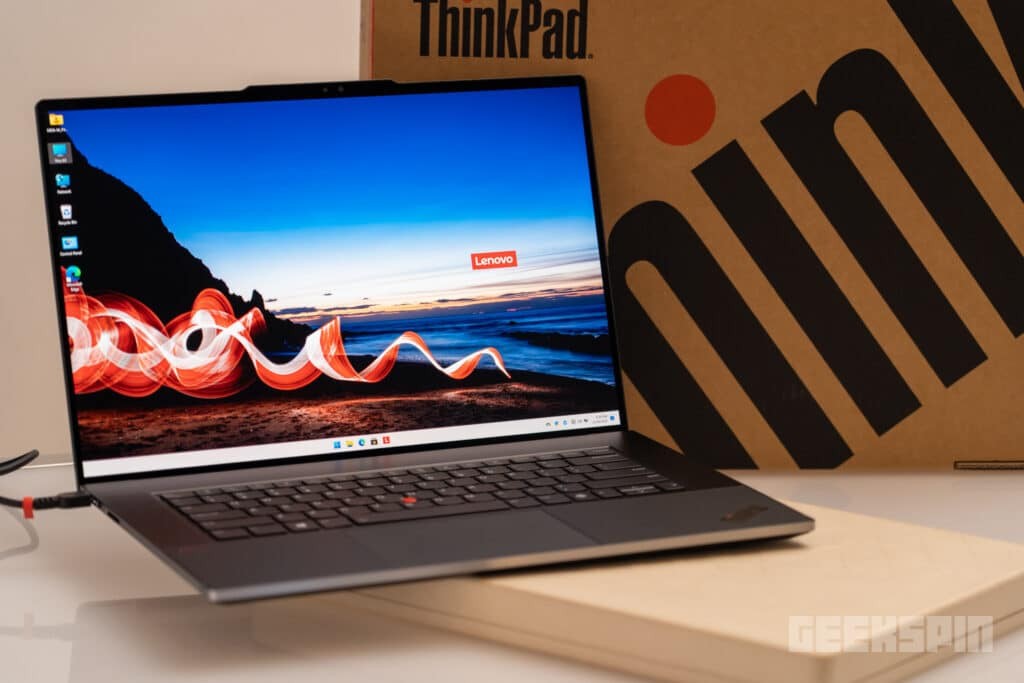 The ThinkPad Z13 and Z16 laptops are both made from sustainable, recycled aluminum or vegan leather, and they're powered by AMD processors.