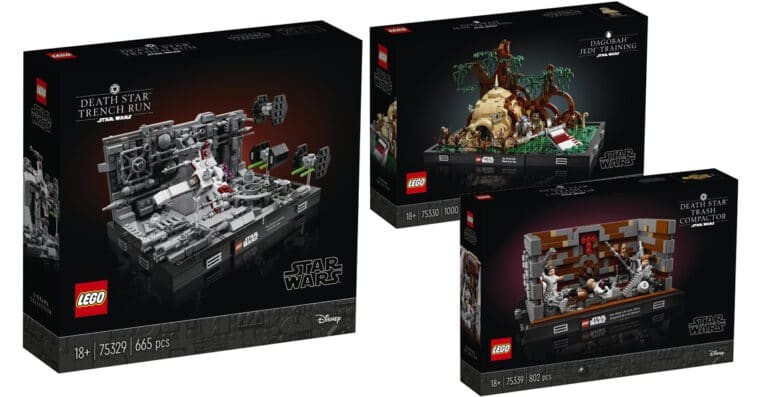 Officially unveiled on March 24th, the three new sets span iconic scenes from 1977’s Star Wars: A New Hope and 1980’s Star Wars: The Empire Strikes Back, giving fans a new way of exploring their love for the early films while building a model they can proudly display once complete. 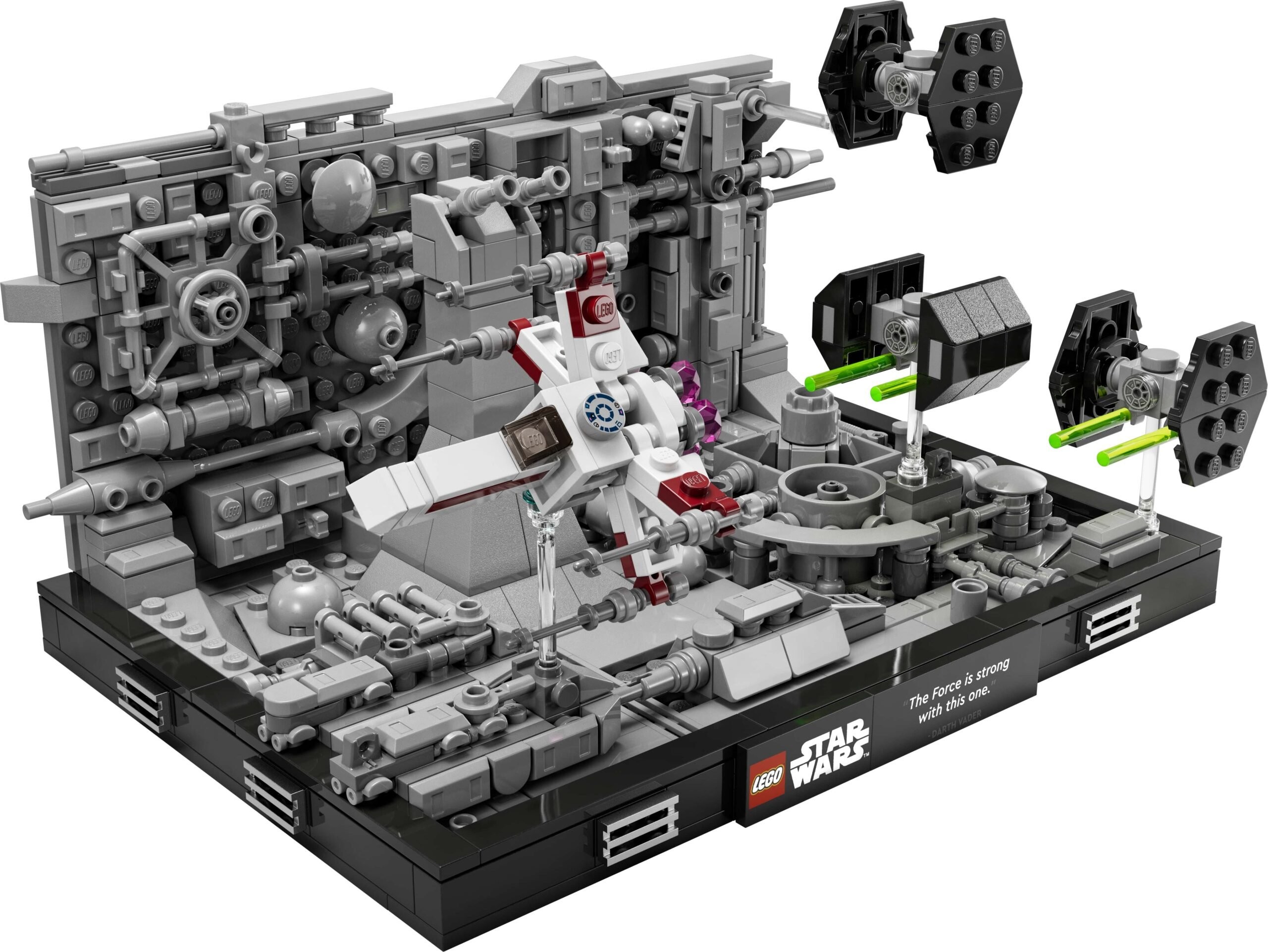 Inspired by Star Wars: A New Hope, this 665-piece set allows builders to recreate the gripping scene of Darth Vader’s pursuit of Luke Skywalker, as Luke fights to destroy the newly-built Death Star for a victory on the Rebellion side. 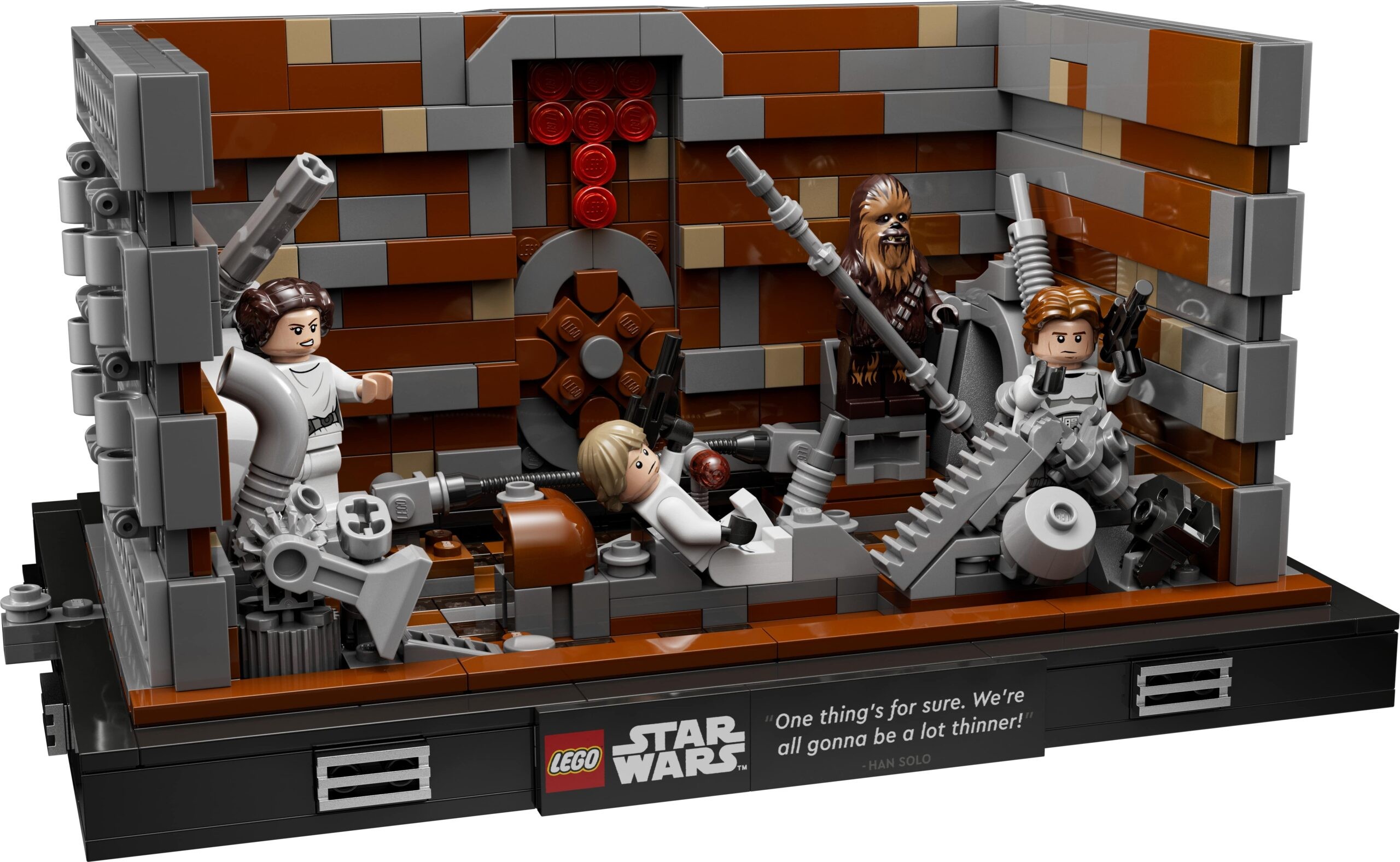 This 802-piece set is also based on a memorable Star Wars: A New Hope scene, where Luke, Han Solo, Chewbacca, and Princess Leia Organa are temporarily stranded after freeing the princess from Detention Block AA-23. The brick-form diorama is packed with authentic details, including moving walls and dianoga’s head. It also includes minifigures of C-3PO, R2-D2, Han, Luke, Chewbacca, and Princess Leia. 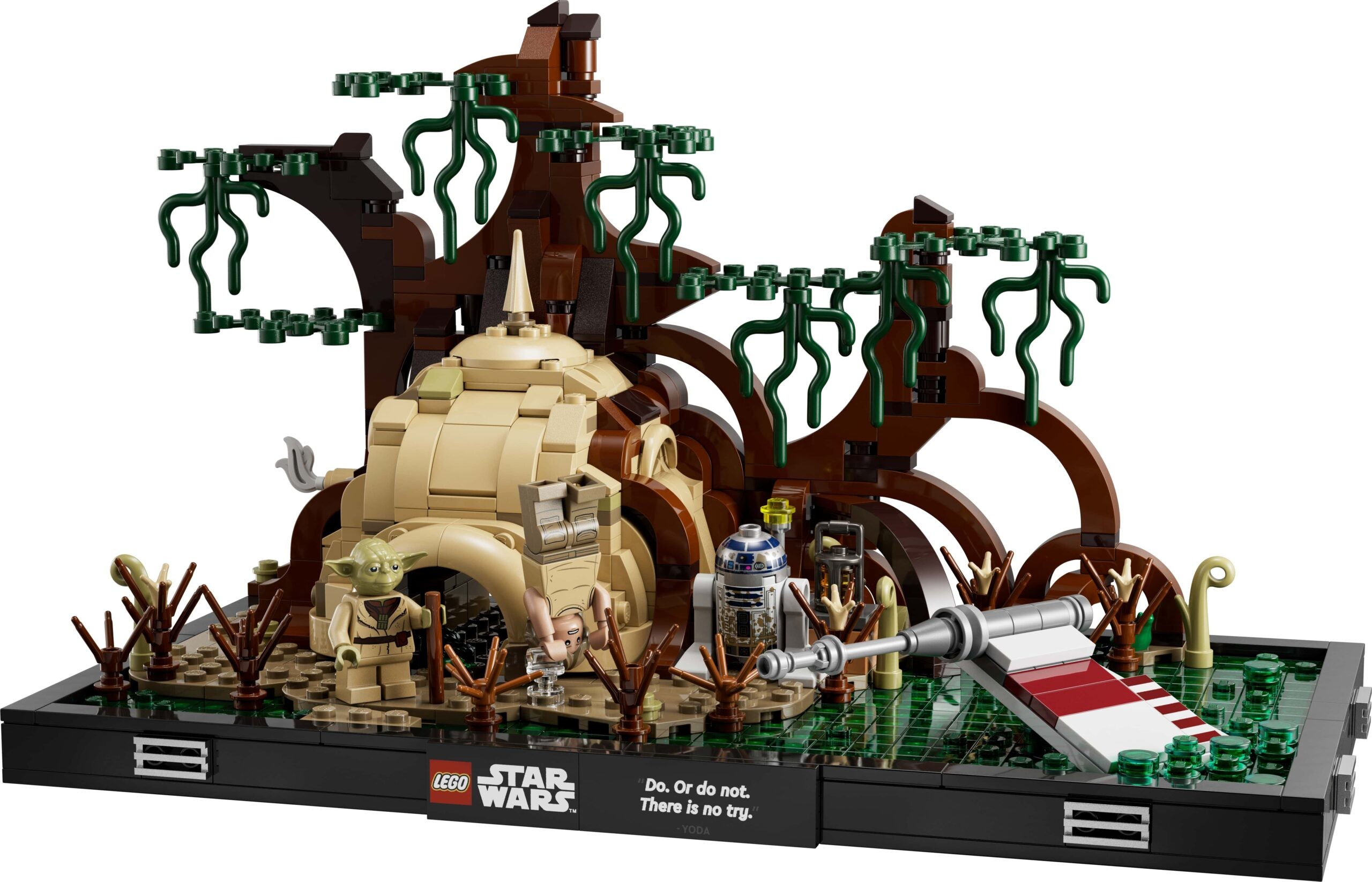 Based on an iconic Star Wars: The Empire Strikes Back scene, this 1000-piece set lets fans find their balance while reliving cinematic moments from Master Yoda’s hut in the swamps of Dagobah. This build-to-display diorama set comes complete with minifigures representing the characters of Yoda, Luke, and R2-D2.

The three new sets are now available for preorder from LEGO.com, with shipping slated for April 26th. Starting on that same date, the sets will be available for purchase from LEGO.com, LEGO stores, and other retailers. The LEGO Star Wars Death Star Trash Compactor set will be exclusively sold at Walmart stores, in addition to LEGO.com and LEGO stores.