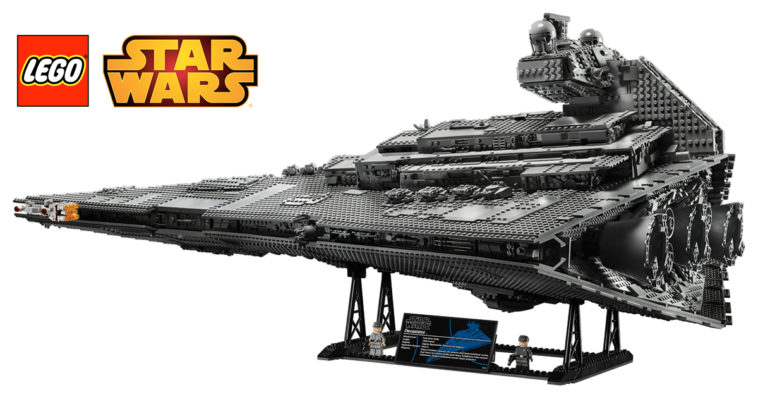 Looking for a new LEGO Star Wars ship set to add to your collection? Well, here’s a soon-to-be-released LEGO model of the Imperial Navy’s Devastator ship that would surely take your Star Wars collection to the next level.

Part of the LEGO Star Wars Ultimate Collector Series (UCS), the mini replica of the Devastator Imperial Star Destroyer is the largest Galactic Empire-themed building set by piece count to date. With 4784 pieces in total, this LEGO model captures all the authentic details of the starship as it appeared in the opening scene of the 1977 movie Star Wars: A New Hope.

The Devastator Imperial Star Destroyer model features swiveling guns, a tilting radar dish, huge engine exhausts, and intricate surface detailing. In addition to minifigures of an Imperial officer and an Imperial crewmember, the construction set also includes an attachable, buildable scale version of the Tantive IV starship that lets you recreate your favorite scenes from Star Wars: A New Hope.

Suitable for 16 years old and up, the LEGO Star Wars Devastator Imperial Star Destroyer has a price tag of $699.99. It will be available directly from LEGO retail stores and at shop.LEGO.com for LEGO VIP members starting September 18th. The general public, meanwhile, can purchase the set beginning October 1st.