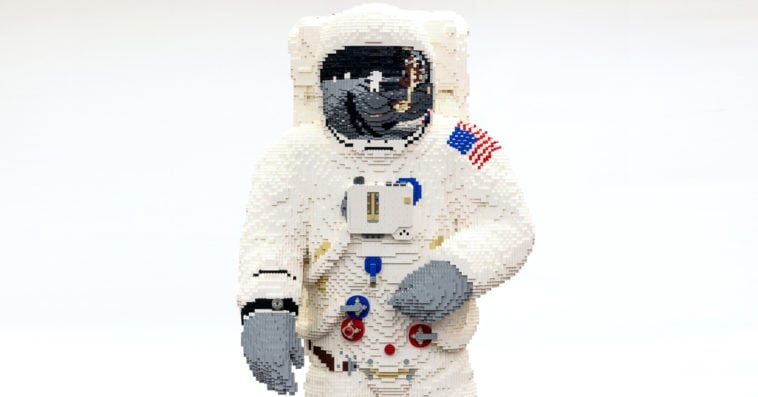 In honor of the 50th anniversary of the historic Apollo 11 moon landing today, LEGO has built a life-size astronaut model, based on the first humans to step on the moon.

The model showcases the same space suit worn by Apollo 11 astronauts Neil Armstrong, Michael Collins, and Buzz Aldrin when they set foot on the lunar surface on July 16th, 1969. It stands 6 feet and 3 inches tall and features some amazing details, including a reflection of the moon’s landscape in the astronaut’s helmet. 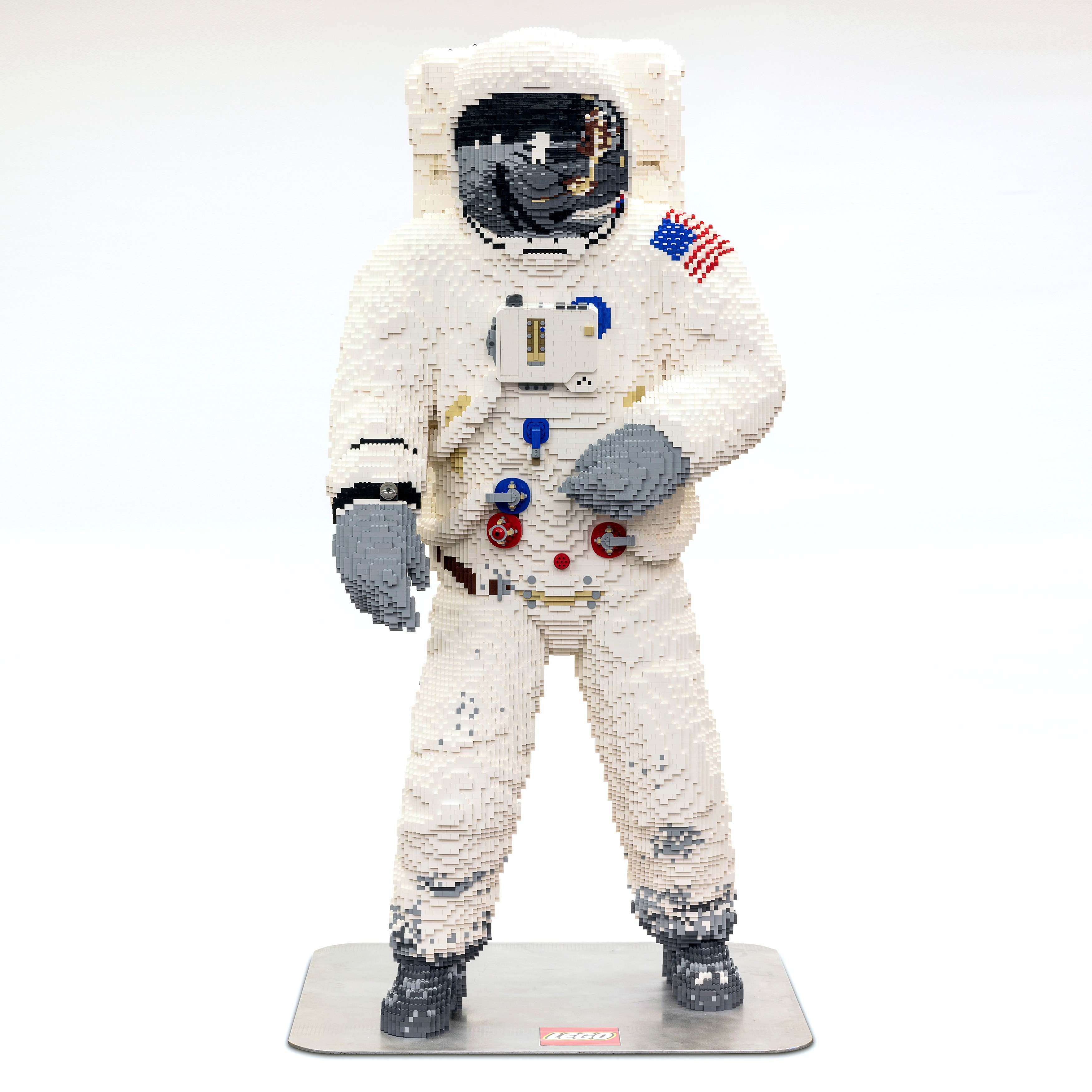 This 30,000-brick model was designed and constructed by a team of 10 people who completed it all within 300 hours. The time-lapse video below shows the painstaking process of constructing the model.

The astronaut model will be on display at the National Air and Space Museum’s Apollo 50 Festival, which will take place in Washington D.C.’s National Mall between 4th Street and 7th Street on July 18th to 20th. A 20-foot replica of the SLS rocket will also be showcased at the event where attendees can help LEGO Master Builders to construct it.

“For nearly 20 years, NASA and LEGO Group have collaborated on projects to inspire the next generation to imagine and build their future in space,” Bettina Inclán, associate administrator for communications at NASA said in a statement. “Our latest efforts celebrate the incredible feats we achieved during Apollo 50 years ago, and now with our accelerated plans to go forward to the Moon, we will continue to inspire children to dream about what’s possible and to grow up to pursue STEM careers.”