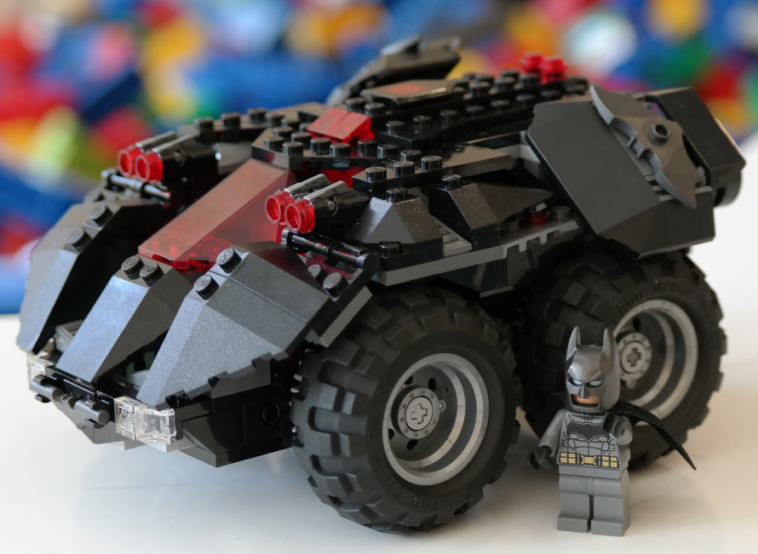 Over the years, the folks in charge of Batman have made one or two blunders. For instance, remember when the Joel Schumacher movies gave the batsuit nipples? That was quite unnecessary. And, as for Batman v Superman, the less said about that movie the better.

One area where they always seem to get it right though is their collaboration with LEGO. Unsurprisingly, this partnership has once again hit the nail on the head.

LEGO Group has announced its new Powered Up Platform – this is a suite of new elements and apps, which introduce new ways to bring to LEGO sets to life seamlessly across its System of Play. In other words, LEGO now has an app where you can interact with some of your sets from the comfort of your smartphone or tablet.

As part of this new platform, there is an app-controlled Batmobile, which you customize via your mobile device. The buildable Batmobile looks pretty darn awesome and the really good news is, we can confirm that it definitely doesn’t have nipples.

LEGO has big plans for this new platform; they intend to build on it in the future and incorporate light coding and further programming.

The overall plan is to give some building sets ‘in the box’ powered up capabilities, while others will just have the capability of having these features if their creators want to use them.

Regarding this product, it is the first codeable and programmable LEGO Batmobile that is fully controllable via smart device. Through a coding canvas that will be introduced later this year, users can code and re-code speed, direction, sound and duration to program various movements and stunts and create their own unique driving experiences.

The Powered Up Platform launches July 1. The LEGO Batman App-Controlled Batmobile will launch August 1 with the suggested retail price of $99.99 and includes 321 pieces, two motors and a battery hub. The Powered Up App works on phones and tablets running iOS 8.0 and up or Android 5.0 and up.