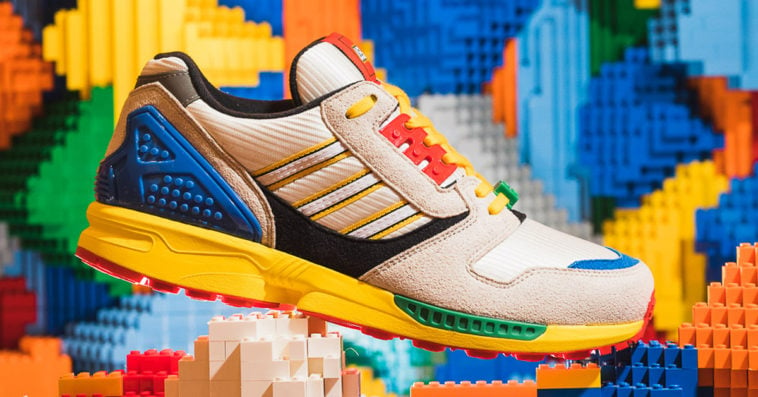 An Adidas archival icon has gotten a fresh and youthful update from LEGO.

Adidas officially announced on Monday that it has teamed up with LEGO for a playful take on the ZX8000 sneakers. Designed as an ode to the classic LEGO brick, the LEGO x Adidas ZX8000 features several colorful accents atop a tan suede base and a crisp white mesh with the footwear brand’s iconic Three Stripe graphics. 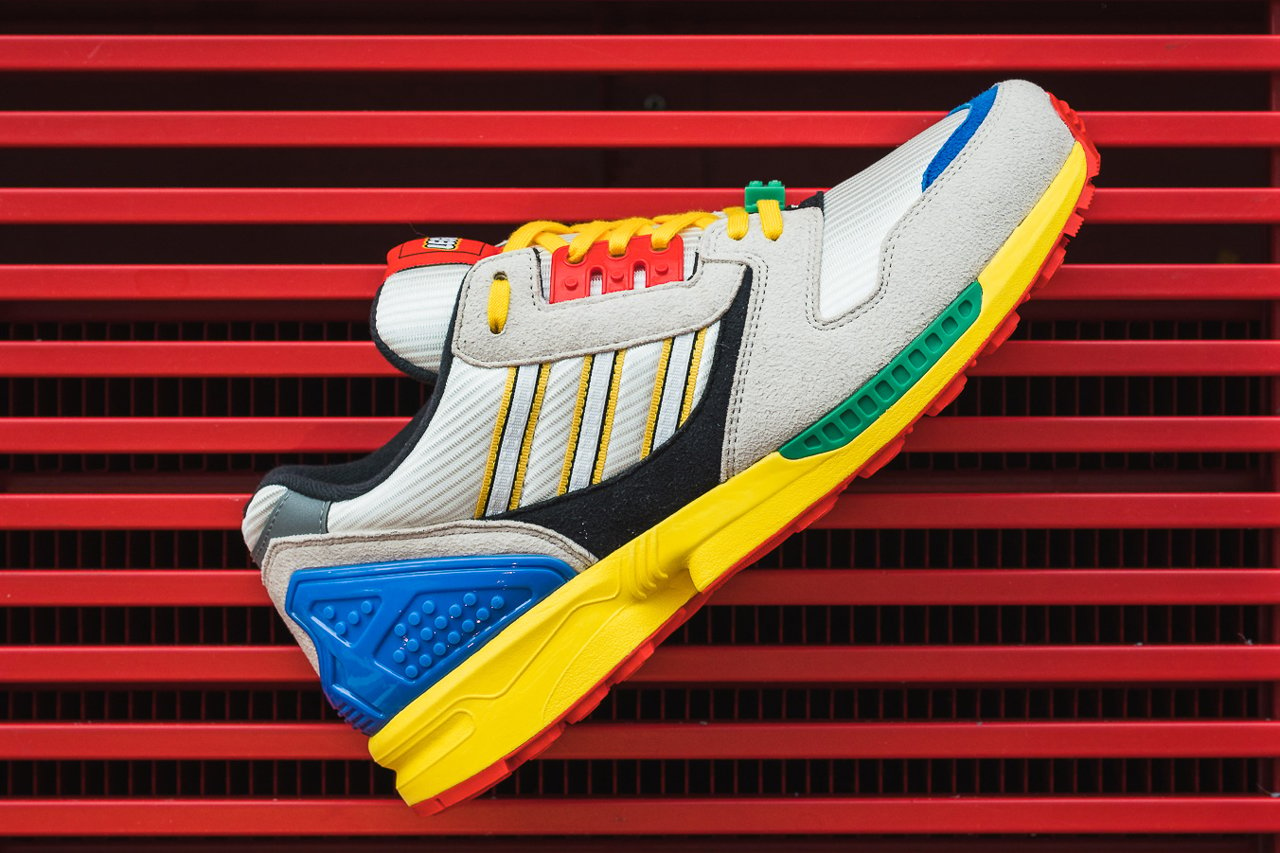 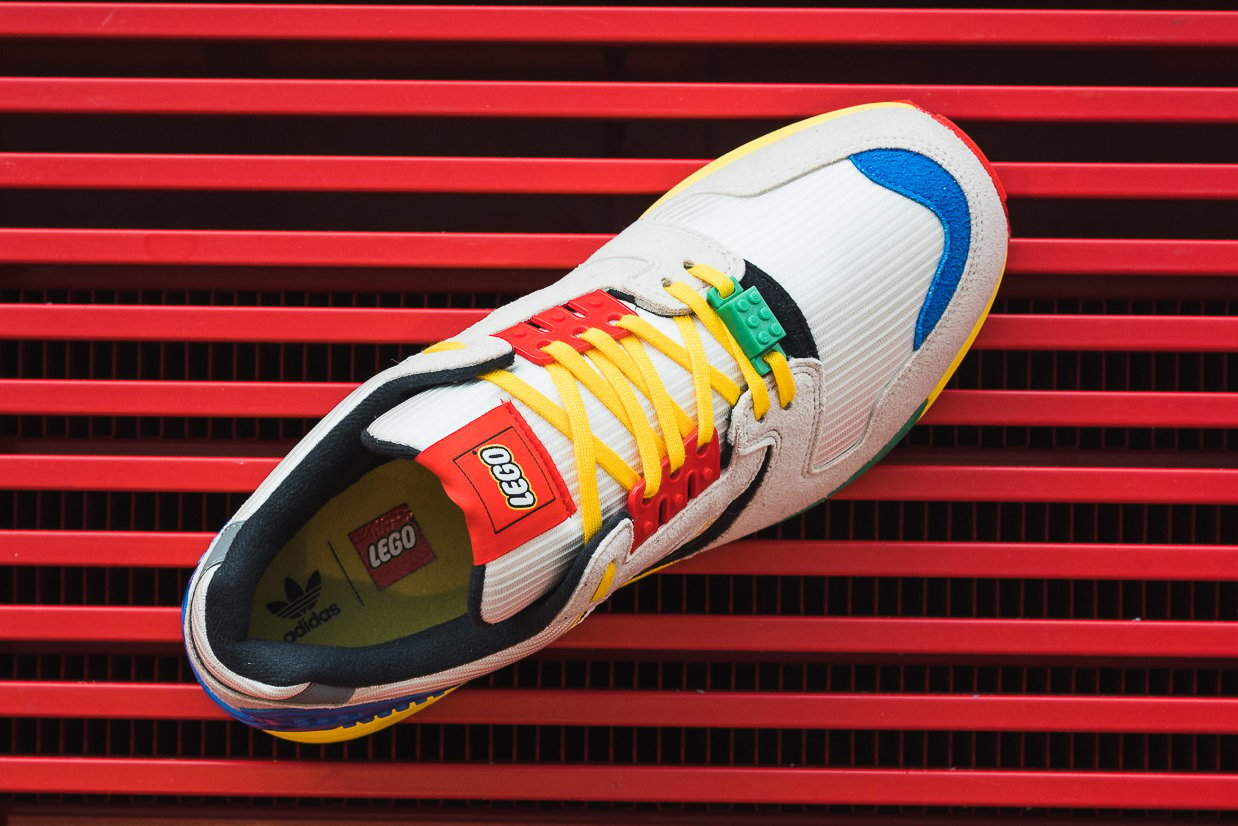 The shoes boast a blue heel counter and interchangeable LEGO brick lace jewels, which are both textured with the familiar circular studs that hold LEGO bricks together. There are also pops of bright red on the eyestays and vivid blue on the toebox, which wearers can match with different lace options. The laces and the LEGO brick lace jewels both come in six colors: yellow, red, blue, green, gray, and black.

Though awash in bright yellow, the midsoles also have touches of green towards the forefoot and on the heel. The outsoles, meanwhile, are covered in red with a signature Torsion bar in blue. Completing the vibrant look are LEGO-branded tongue tabs and yellow insoles that feature both emblems of the toy company and the sportswear brand. 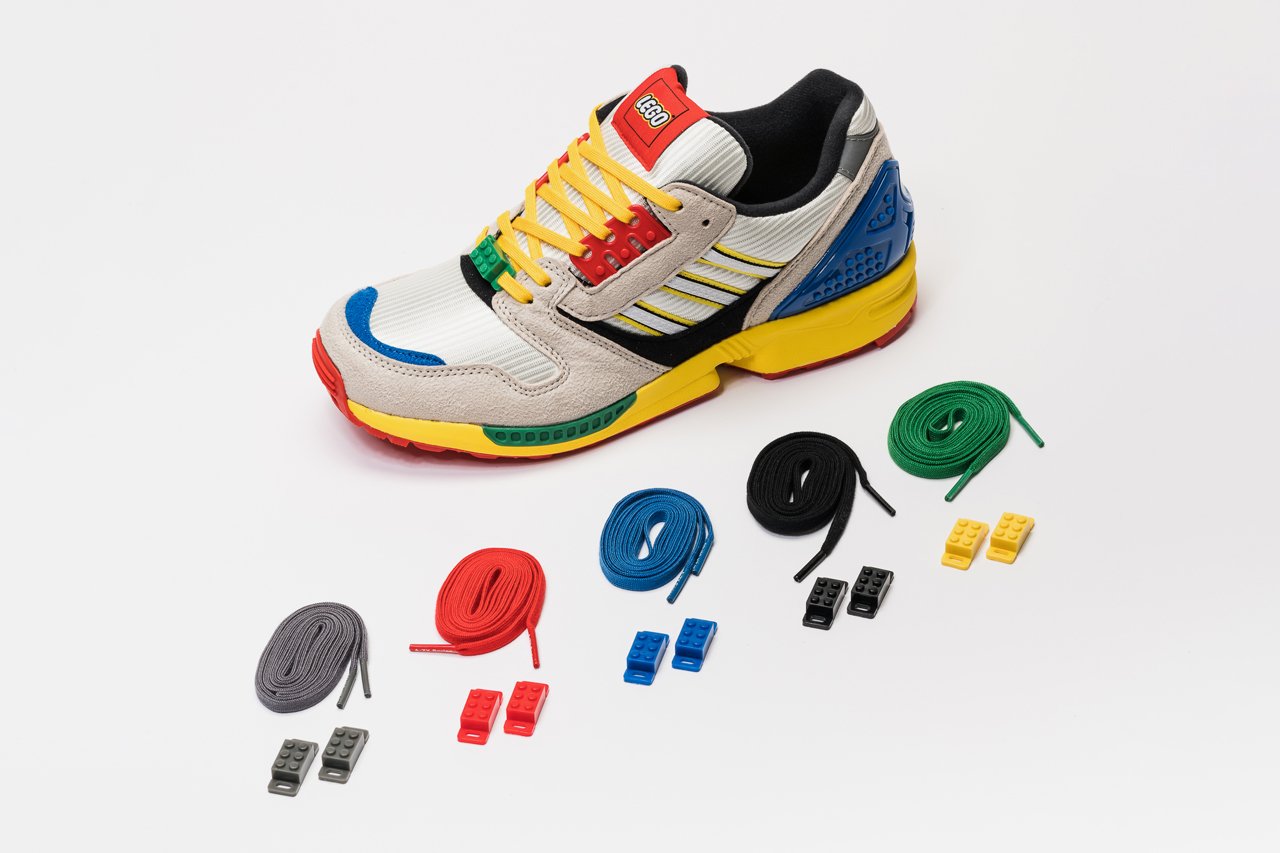 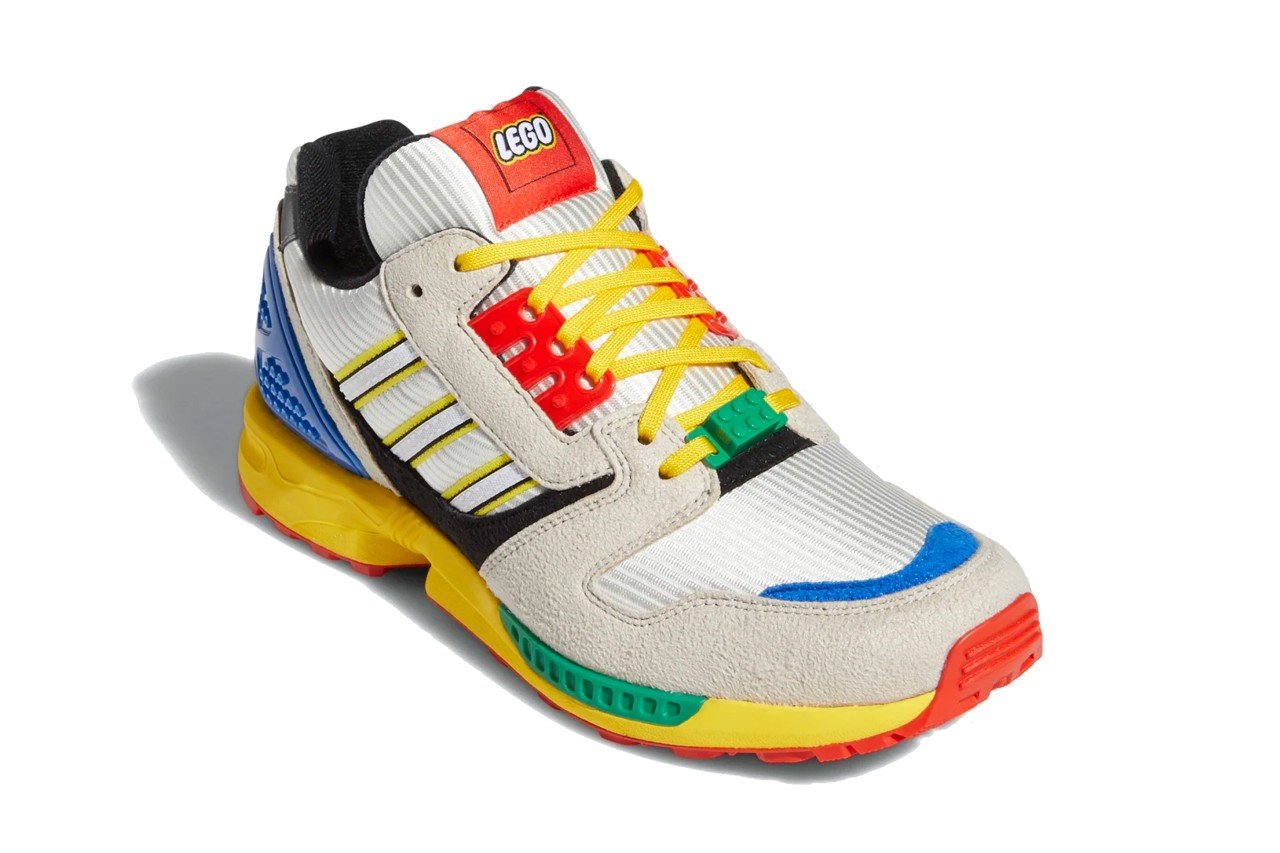 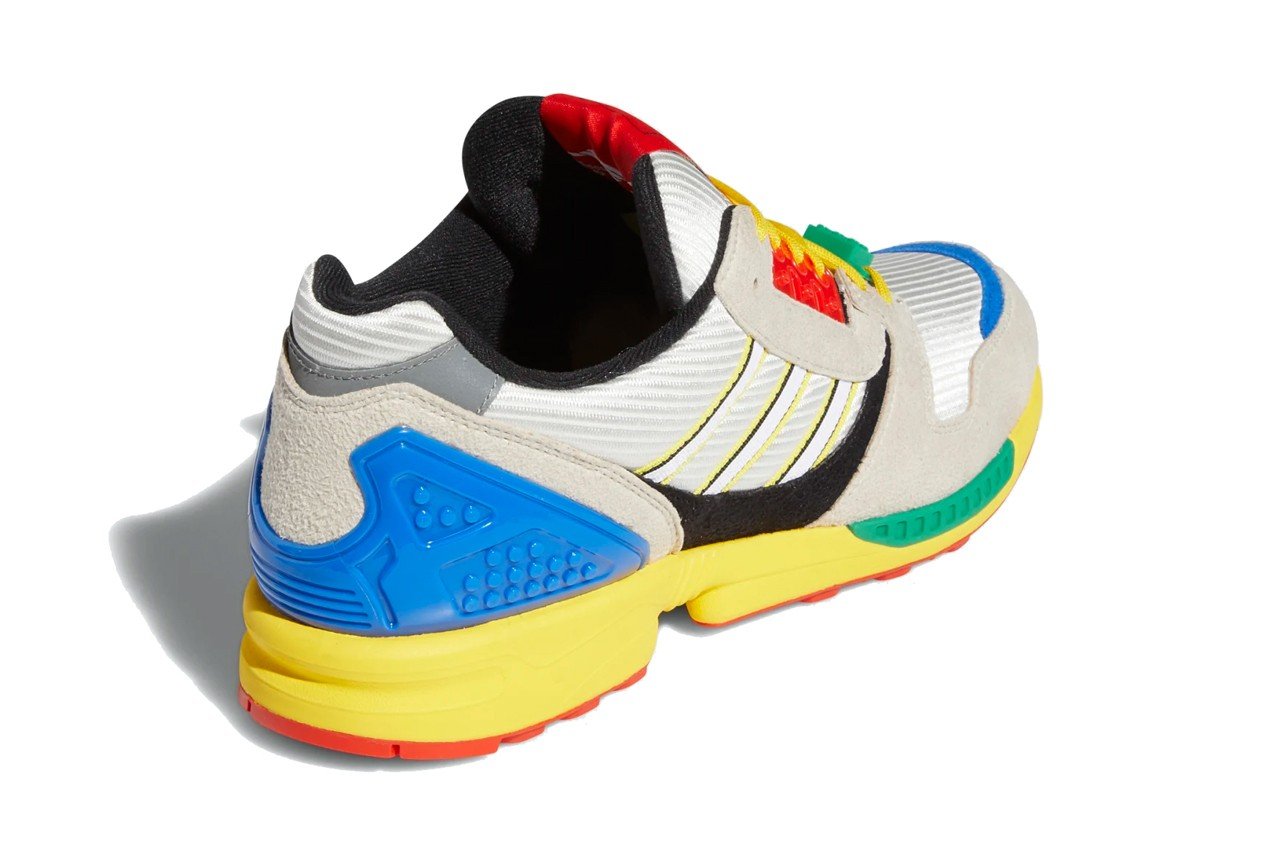 Priced at $130 a pair, the LEGO x Adidas ZX 8000 will be available for purchase globally starting on September 25th on the Adidas webstore and via retailers like Overkill and 43einhalb.

This collaboration between Adidas and LEGO is part of the former’s A-ZX, a unique program that sees some of the footwear brand’s most esteemed global partners each team up for a new take on 26 distinct ZX silhouettes. Adidas head of global energy marketing Till Jagla told Hypebeast that the program helps the brand to “explore new territories [and] to speak to someone who doesn’t know A-ZX yet.”