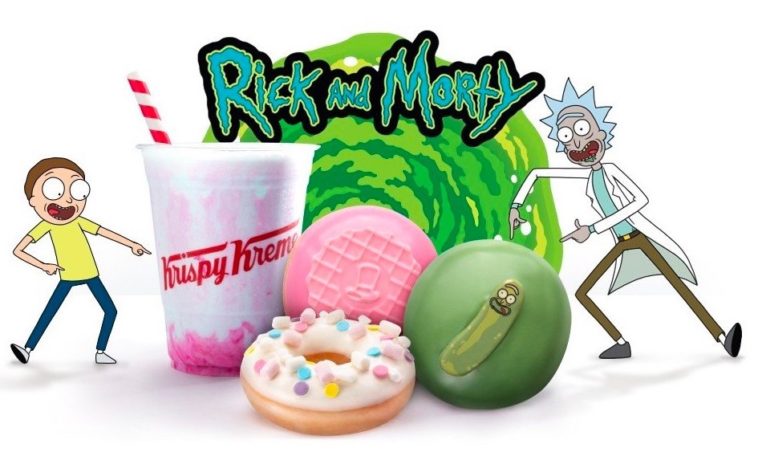 Rick and Morty fans in Australia are in for a very sweet treat. Major doughnut chain, Krispy Kreme has just announced its newest collaboration with the highly popular Adult Swim show.

The company announced the collaboration on Instagram with promotional images of the themed doughnuts. There are a total of three new flavors and one drink that features various characters from the show. The Pickle Rick doughnut features the pickle version of Rick who appeared in the third episode of the third season and instantly became a hit with audiences. Its doughnut version is thankfully not pickle-flavored but it’s a lemon-filled doughnut topped with a white chocolate Pickle Rick.

Wubba Lubba Dub Dub! Our Krispy Kreme x Rick & Morty doughnut and shake range has arrived! 🥳 Allow us to welcome Pickle Rick, Simple Rick's Wafer Cookie and Strawberry Smiggles to the in-store doughnut lineup! Riding along with them is Fleeb Juice, our newest shake! These must-tries are now available at a Krispy Kreme store near you! 🤤 Not available at 7-Eleven, BP or in South Australia.

The Simple Rick Wafer Cookie doughnut is a vanilla cream-filled doughnut dipped in strawberry truffle topped with a white chocolate, wafer-embossed garnish. It pays homage to Simple Rick who appears in the wafer ads on the show. Strawberry Smiggles, which is a cereal brand on the show, has a strawberry filling and is topped with mini marshmallows, crunchy meringue pieces, and confetti.

Lastly, Krispy Kreme is also introducing a drink that combines the company’s “raspberry and blue heaven flavors” named Fleeb juice. No one, not even the show, really explains what a Fleeb is, except that the liquid it excretes is called Fleeb juice as well.

Unfortunately, these Rick and Morty-themed doughnuts are exclusively available in select branches of Krispy Kreme in Australia and will last only until March 16th. According to Comicbook, the company has no plans to bring the collaboration to other countries.