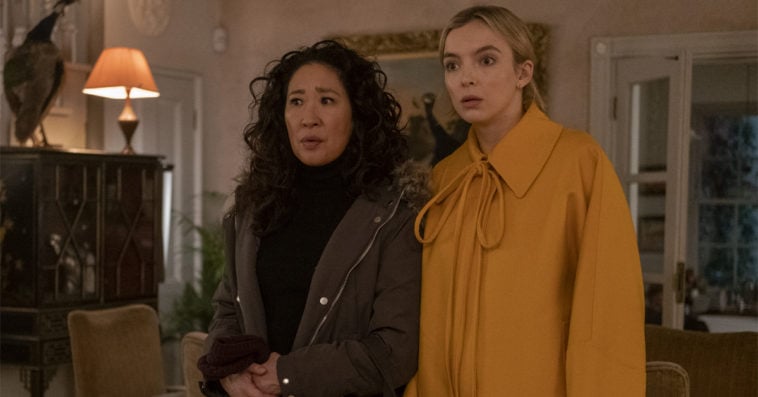 Killing Eve fans have to wait longer than the usual for the next season of the hit BBC America series.

Production on season 4 of the spy thriller, which stars Sandra Oh and Jodie Comer in the lead roles, has been postponed as the schedule for the show’s European shoot has been affected by the current COVID-19 pandemic.

According to Deadline, Sid Gentle Films ― the production company behind Killing Eve ― was supposed to start shooting the new season this coming August. But that plan has now been canceled and a new start date for filming is yet to be set.

Killing Eve shoots in different European locations and due to the ongoing global health crisis, filming in many of these places have been rendered difficult. Though producers have yet to reveal the exact filming venues for season 4, the past three seasons of the show filmed in Amsterdam, Barcelona, Bucharest, and Tuscany, just to name a few.

“Killing Eve shoots across multiple European locations. Due to the uncertainty of the world as a result of COVID-19, no shooting schedules for Killing Eve season 4 have been locked in at this point and there are various scenarios in play,” a spokesperson for the show told Deadline.

Over the past three years, seasons 1, 2 and 3 of Killing Eve all premiered in the month of April. But due to the abovementioned production delay, season 4 of the series will likely arrive on BBC America later than April 2021.

While major plot details about season 4 are being kept under wraps, executive producer Sally Woodward Gentle implied in an interview with Entertainment Weekly last May that Eve Polastri (Oh) will finally embrace the darkness within her next season. “What do you do when you have to acknowledge to yourself that there’s a darkness that you can’t push down anymore?” Gentle said when asked what question should viewers be thinking about as they await season 4. “And that’s very much an Eve thing.”

As for Villanelle (Comer), executive producer Suzanne Heathcote revealed that the character will spend the early part of the upcoming season figuring out what her next steps will be now that she’s no longer a killer. “She always did it for money, or for material wealth, but she got a thrill out of it,” Heathcote told TVLine of why Villanelle used to murder people. “And suddenly, the desire to do it has left her. And when that’s the one thing that people think is the only useful thing about you, it’s like, what does that leave her with? So who knows what happens in season 4, whether she regains that thrill again? Maybe she does, or maybe she goes on a whole new journey.”