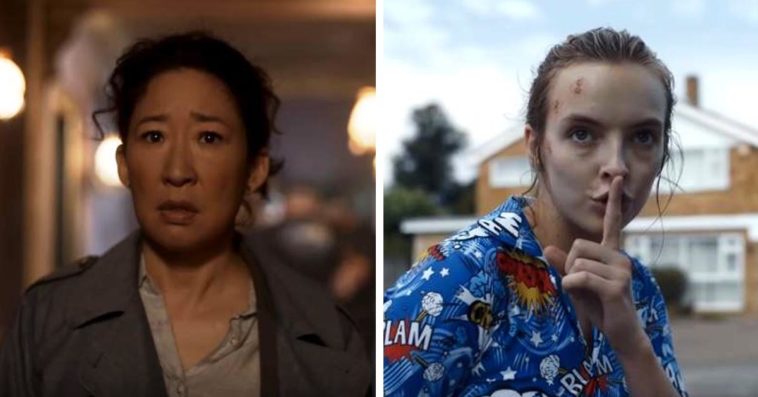 BBC America gave its viewers a little Valentine’s Day treat when it released the trailer for the upcoming second season of Killing Eve.

The minute-long clip opens with Eve (Sandra Oh) munching some bonbons in what looks like a train station. The former MI6 agent seems to be comfort eating following her brutal encounter with Villanelle (Jodie Comer) in the Season 1 finale that left the latter seriously wounded.

To probably calm her nerves following the intense incident, Eve calls someone to share what happened. “I found Villanelle – I think I might have killed her!” Eve says aloud at a park, unintentionally ruining the romantic moment of a couple getting engaged in front of her.

Apparently, Villanelle isn’t dead yet. After getting stab by Eve at the end of last season, the trailer shows the psychopathic assassin staggering out of a hospital bed. But since hospitals are for the weak, Villanelle manages to get out of the health facility and somehow finds a new home.

In the trailer’s most chilling scene, Villanelle is looking for something at the kitchen when a male voice asks her off-screen, “What are you looking for?” She then terrifyingly replies: “A kitchen knife… to stab you with.”

Elsewhere in the trailer, Eve is reunited with Carolyn (Fiona Shaw), who fired her from MI6 at the end of the show’s the freshman run. Carolyn is also heard asking, “Why are you and Villanelle so interested in each other?”

In the latter part of the clip, Eve finds a mysterious box of flower wreath spelling out her name on her doorstep. Did Villanelle send those flowers to Eve to let her know that she’s still around?

Fans will know the answer when the Season 2 of Killing Eve kicks off on Sunday, April 7th on both BBC America and AMC.