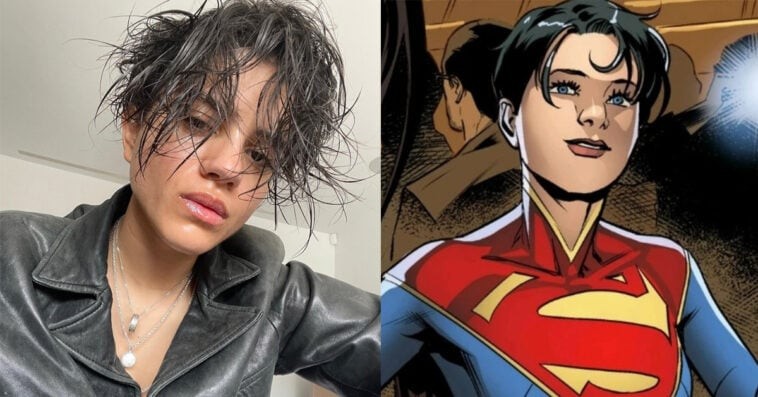 After Warner Bros. Discovery revealed earlier this week that it’s not releasing the Batgirl movie starring Leslie Grace, multiple reports claimed that the Supergirl film that was supposed to be headlined by Sasha Calle has also been axed.

While Warner Bros. Discovery has yet to confirm that the movie has been shelved, insiders told Rolling Stone that the superhero flick is not likely to move forward. Sources didn’t specify the reason for the project’s cancellation but it is believed that the project is one of the latest casualties in the company’s penny-pinching strategy under the leadership of CEO David Zaslav.

What is the Supergirl film about?

The Supergirl film would have been a spinoff of the upcoming The Flash movie starring Ezra Miller in the titular role. Though Warner Bros. Discovery is believed to have pulled the plug on the Supergirl movie, Calle is still set to make her debut appearance as Supergirl in the Miller-led tentpole.

Nothing much is known about the Supergirl film but it was first announced to be in development in August 2018, with Escape Room writer Oren Uziel penning the script. Warner Bros. No director had been attached with the project, but Warner Bros. reportedly wanted to hire a female filmmaker to helm the project. Reed Morano, who won an Emmy for directing an episode of Hulu’s The Handmaid’s Tale, expressed interest in the project and was reported to be one of the studio’s top choices.

Sasha is set to make her debut as Supergirl in ‘The Flash’ pic.twitter.com/kzVtK28beU

Set photos from The Flash that show Calle’s short hairstyle and superhero costume suggest that her version of Supergirl in the DC Extended Universe drew visual inspiration from the character Lara Lane-Kent, the super-powered daughter of Clark Kent/Superman and Lois Lane in the Injustice universe.

Though Lara was murdered before ever being born, a glimpse into a dream world in 2015’s Injustice: Gods Among Us Year Three Issue 7 showed Superman what his life and the world would have been like if the Joker did not kill Lois and the baby inside her.

In the dream, Lara grew up under the close watch of her parents. Once she began growing, she soon developed her Kryptonian powers and was taught how to use them by her dad and other Justice League members such as Green Arrow.

She started accompanying Superman to the League’s battles and operations before eventually establishing herself as her own hero. She now serves as the Justice League’s ambassador and was last mentioned in the comics to have gone to Greenland to refreeze the ice caps.