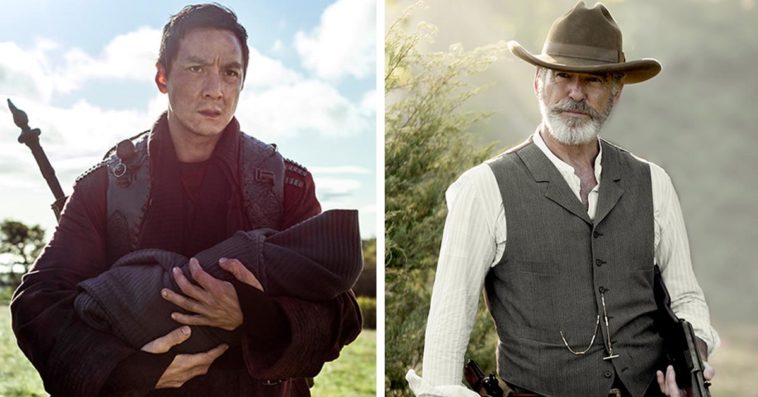 AMC dramas Into the Badlands and The Son are both ending with their upcoming runs.

The basic cable network announced the cancellation of the two series during its portion of the Television Critics Association winter press tour on February 9th.

The martial arts drama Into the Badlands will conclude after the final eight episodes of Season 3, which will begin airing on March 24th at 10 p.m. ET right after a new episode of The Walking Dead. The Alfred Gough and Miles Millar-created series will then move to its regular Monday timeslot with a new episode on March 25 at 10 p.m. ET.

In the second half of the final season of the show, a locked up Bajie (Nick Frost) tells Sunny (Daniel Wu) that Pilgrim (Babou Ceesay) isn’t someone he can trust. But with the life of his son on the line, Sunny grapples with his decision to assist Pilgrim in unlocking the Meridian Chamber. In addition to Frost, Wu, and Ceesay, the show also stars Aramis Knight, Emily Beecham, Orla Brady, Ally Ioannides, Lorraine Toussaint, Sherman Augustus, Ella-Rae Smith, and Lewis Tan.

Meanwhile, the second and final season of The Son will premiere on April 27th at 9 p.m. ET and will continue telling the story of the McCullough clan across three points of time. Despite the internal conflict he faces with his son Pete (Henry Garrett), Eli (Pierce Brosnan) will do anything to secure his legacy in the oil industry in 1917. In 1851, young Eli (Jacob Lofland) is now married and a respected warrior among the Comanches. Lastly, in the 1988 timeline, Eli’s granddaughter and Pete’s daughter Jeanne Anne McCullough (Sydney Lucas) discovers a long-buried family secret.

While AMC didn’t comment on why Into the Badlands and The Son have gotten the axe, neither series was a rating breakout for the network, not to mention the fact that both series have more costly production budgets compared to other cable programs.

After Into the Badlands and The Son air their final runs, the list of AMC’s remaining scripted series will only be comprised of The Walking Dead, Fear the Walking Dead, Better Call Saul, Lodge 49, McMafia, NOS4A2, The Terror, Human, Preacher, Little Drummer Girl, and Dispatches From Elsewhere.